Three-year-old boy is attacked by mountain lion before his dad threw a backpack at the animal in a bid to save the child The three-year-old is being treated at an area hospital; he's in stable condition    Child was walking with five other family members when the animal attacked  Authorities said lion came out of nowhere and grabbed the child by the neck The child's dad threw a backpack at the mountain lion in order to save the boy Police said mountain lion went after backpack; authorities euthanized animal

By Valerie Edwards For Dailymail.com

A three-year-old boy was attacked and injured by a mountain lion while walking in a California park with his family.

According to the Orange County Fire Authority, the boy was attacked within the Whiting Ranch Wilderness Park in Lake Forest around 4.15pm on Monday.

Authorities said the boy was walking with five other family members when the mountain lion came out of nowhere and grabbed the child by the neck. 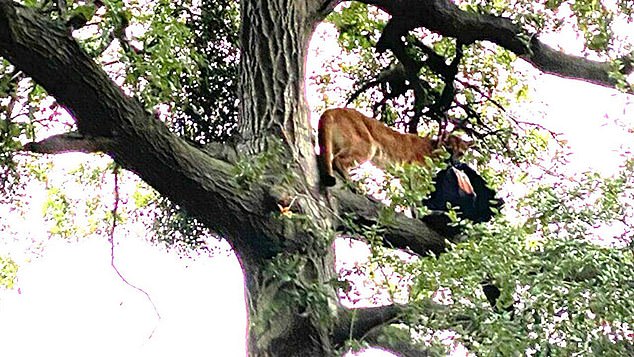