Police have launched a hunt for a sex attacker who forced a teenager to swallow a mystery pill at knifepoint before assaulting her and dragging her into the Thames.

The 19-year-old woman was ambushed as she walked home through Tilehurst, near Reading, Berkshire, at 6.30 this morning.

She was attacked by a white male, believed to be in his late 30s, who pinned her down to the ground and began brandishing a knife. 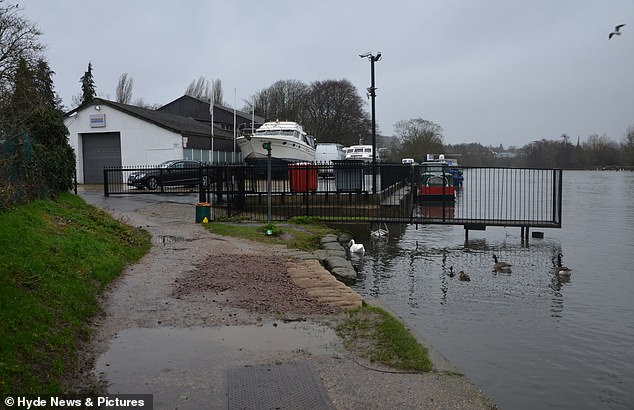 The 19-year-old woman was ambushed as she walked home through Tilehurst, near Reading, Berkshire, at 6.30 this morning. Pictured: Scours Lane - where the victim was dragged into the water 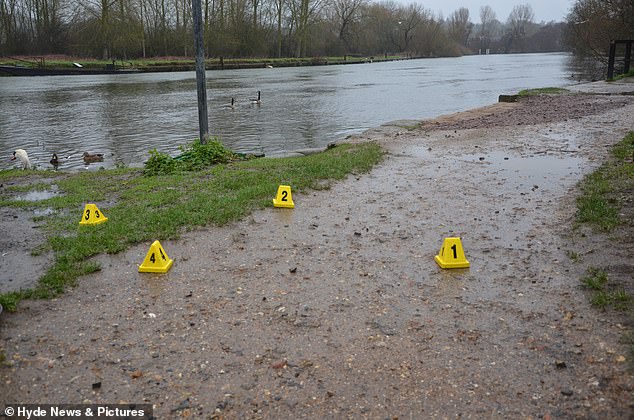 The woman has since been taken to hospital and detectives continue their investigation. Pictured: Evidence markers at the scene

He threatened to stab the victim if she did not swallow an unknown pill, which police now believe was a Rohypnol-type drug intended to make her unconscious.

The offender then proceeded to sexually assault the victim and attempted to rape her before dragging her into the River Thames.

The young woman was able to fight back and suffered a serious of scratches to her knuckles when she hit her attacker, who then fled the scene.

She was eventually able to scramble out of the fast-flowing water and ran home to raise the alarm with her mother.

Her handbag was also thrown into the river by the attacker.

The woman has since been taken to hospital and detectives continue their investigation.

Scene-watches are currently in place at two locations in the area - Scours Lane and Deacon Way.

A spokesman for Thames Valley Police said: 'Detectives are appealing for witnesses after a woman was subjected to an attempted rape and sexual assault in Reading this morning.

'Officers were called at around 6.30am to reports that a woman had been attacked at knife-point and dragged into the River Thames in Riverside Park, Scours Lane, Tilehurst, Reading. 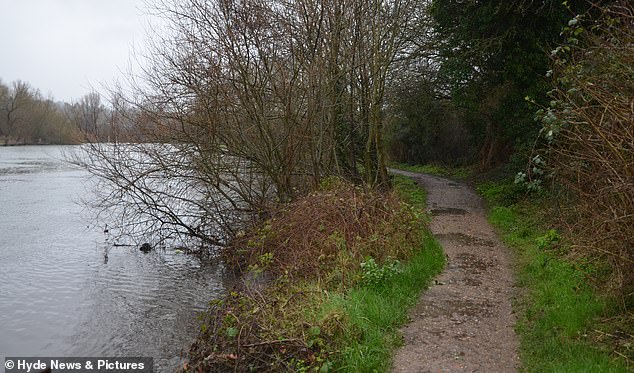 PREV Playboy pub baron who attacked his ex-girlfriend after she found a sex tape of ...
NEXT Former Belgian-Nicaraguan political prisoner calls for probe into Ortega government