The horrors of female genital mutilation suffered by tribal girls in northern Kenya has been laid bare by survivors and perpetrators of the procedure.

Women from the indigenous Pokot tribe told how they were cut without their consent on the orders of family members, or else ran away from home after finding out they would be subject to the potentially-lethal surgery.

Meanwhile a group of women who used to perform the operation told how girls were subjected to the surgery with no anaesthetic, and punished if they cried or flinched.

Their stories were revealed by British charity One Woman At A Time, which aims to help women escape from a life of FGM, abuse and forced marriage. 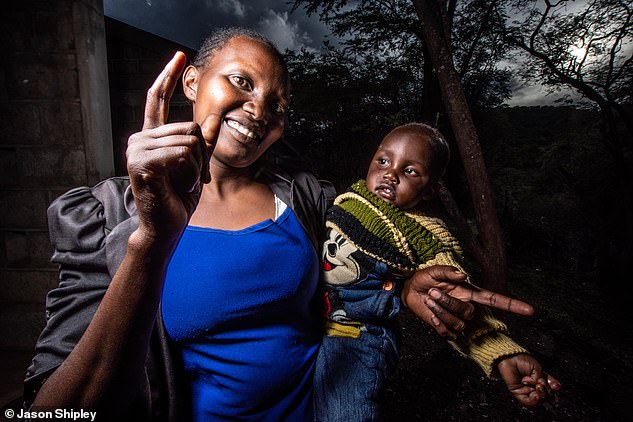 Christine was brought up in a village that does not practice FGM, but ended up being cut after she was married off to a man from a neighbouring settlement where the procedure is common 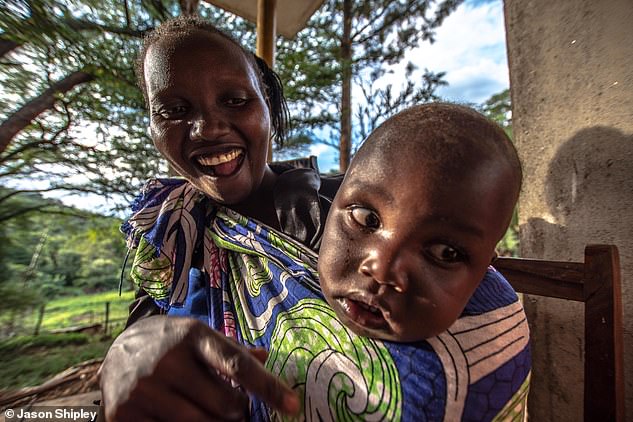 One survivor, identified only as Christine, told how she grew up with her grandmother in a village that doesn't practice FGM, before she met and married a man from a neighbouring village.

After they were wed she was then taken to live with him and his in-laws in a village where the practice is common, where she was quickly ostracised.

She said: 'I wasn’t allowed to cook him food or milk the cows as I was told I was unclean. Other women avoided me saying I was a bad omen and that I turned their milk sour.

'Also, they said that I smelt, as I wasn’t cut, so they would hold their noses in exaggeration when coming by me. 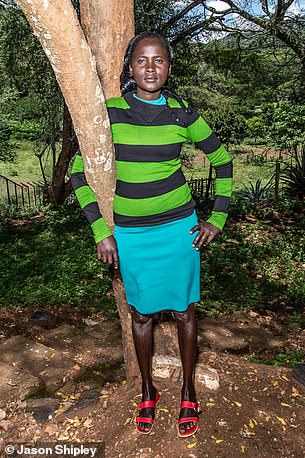 'When the cows died, they blamed me. The loneliness and being treated that way, I was so frightened.'

A short time later Christine fell pregnant with a baby boy- named Silas - and when it came time for her to give birth she was given into the care of tribal birth attendants.

She described the birth as 'really painful', and said the birth attendants were forced to hold her legs down as the baby was delivered.

Unbeknown to Christine, her mother-in-law had paid one of the attendants to perform FGM while she gave birth, even cutting her baby's head in the process.

She only discovered what had happened after she contracted a potentially-fatal infection and was taken to doctors.

Describing the type of wound inflicted on Christine, a six former cutters - who say the stopped the practice in 2012, shortly after it became illegal in Kenya -  explained that it involves full removal of the labia and partial removal of the clitoris.

The vulva is also sewed together to prevent sexual intercourse.

Women often have their legs bound together while the cut heals, with a follow-up inspection to ensure she is 'small' enough not to bring shame on

PREV Woman with severe nut allergy almost dies after drinking almond milk latte from ...
NEXT Former lead guitarist for Northside hanged himself after bouts of loneliness, ...