Boris Johnson has unveiled the long-awaited blue passport which will finally roll out next month after a 30-year hiatus.

The Prime Minister was pictured holding the new travel document on a flight to Newcastle Airport on the day Britain left the EU, in an image released by Downing Street.

The blue passports will be sent out at the end of March - but leftover burgundy stock will be used as a priority to get rid of them.

British passports were dark blue from the inception of the old design in 1920, until 1988 when they were changed to burgundy in line with most EU passports.

A return to dark blue was announced two years ago by then Immigration Minister Brandon Lewis, who said people wanted to 'see that things are different' following the vote to leave the European Union. 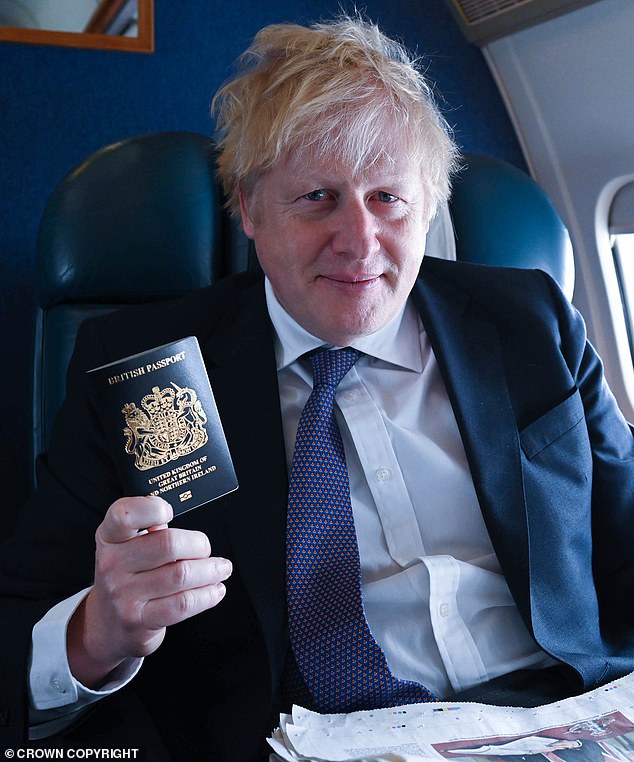 Brexiteers championed Mr Lewis's decision to reintroduce blue passports - and they became a symbol of the Leave campaign.

The travel documents were lauded by members of the European