Escaped tarantula sparks panic in suburban home as residents make frantic search to locate it A tarantula named Screwbox escaped from its enclosure on Wednesday  Tahlia Renton, 24, came home to discover the ceiling collapsed in a pet room The exotic pet room houses nine tarantulas, a python and a bearded dragon  Screwbox's enclosure had been knocked over, allowing the tarantula to escape  Ms Renton frantically searched for the spider, fearing it could kill her two dogs

An escaped tarantula named Screwbox has sparked panic in a suburban home after a storm caved the ceiling in, smashing its enclosure.

Pet sitter Tahlia Renton, 24, returned to her family home to discover the ceiling had caved in and smashed the tarantula enclosure in the Perth suburb of Mindarie at 11:30am on Wednesday.

Parts of Mindarie were flooded on Tuesday evening with one car having to be pulled from the rising water and trees smashing through windshields.

The wild weather caused the ceiling to collapse in a room where Ms Renton keeps nine tarantulas, a python and a bearded dragon.

But when she only counted eight tarantulas, she feared that the venomous spider could fatally bite her two pet dogs. 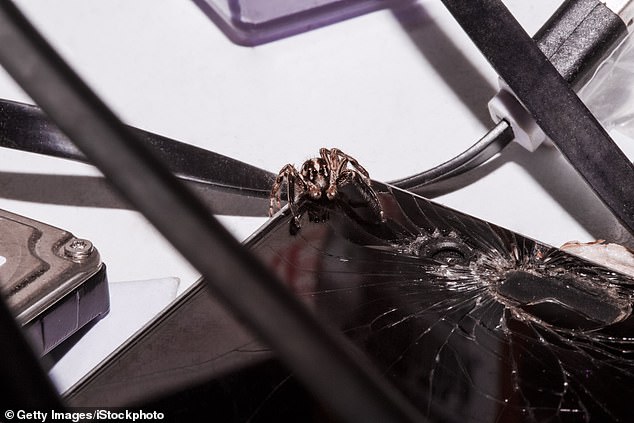 An escaped tarantula named Screwbox has sparked panic in a suburban home after a storm caved the ceiling in, smashing

Coronavirus crisis: How your telco can help mogaznewsen