'Boopz? It's a food crime!': Britons vent their disgust at Heinz over its plan to combine beans and spaghetti hoops in the same can - as firm launches Twitter vote to make it happen Heinz has asked customers whether they should combine two popular products They will use the portmanteau Boopz to describe the new combined product Twitter reaction has not been supportive of the plan to mix hoops with beans  So far, 59 per cent believe spaghetti hoops and beans should be separate

Heinz is holding a twitter poll to celebrate National Toast Day to ask customers whether they should combine baked beans and spaghetti hoops in a new product named Boopz, although fans on Twitter are outraged by the plan, with some people describing it as 'a food crime'.

The food giant has mocked up the packaging for the potential product, which the firm suggests they are willing to release if there is sufficient public demand.

Although, with more than 15,000 votes already counted, it appears consumers are wary of the new product, voting 59 per cent to 41 per cent against Boopz. 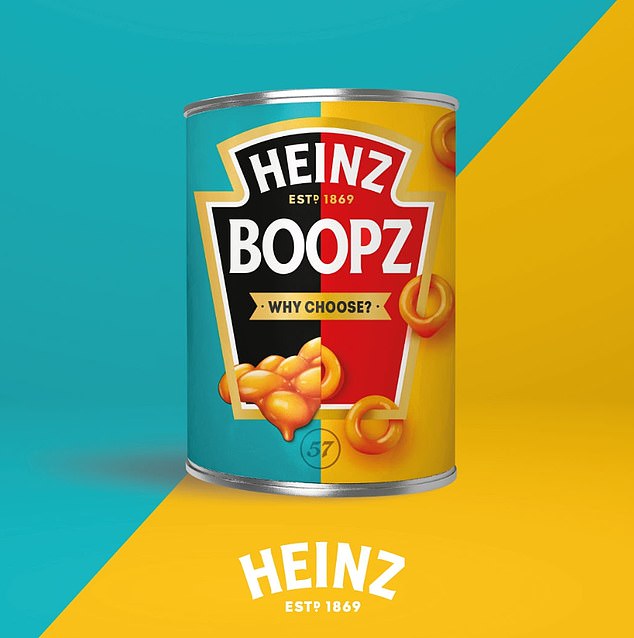 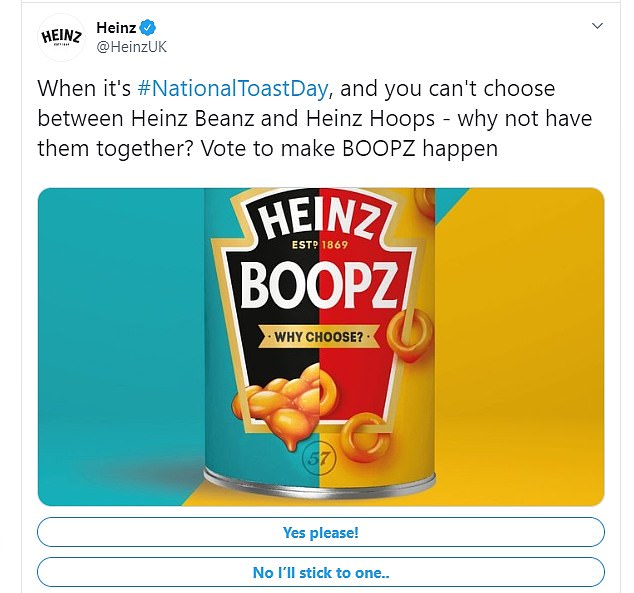 The firm is asking customers to vote in a Twitter poll whether they should proceed with the plan. The idea is to celebrate National