Police will use high-tech scanners to 'frisk' suspects without them knowing from up to 20 yards away in latest move in the war on gun and knife crime Police will soon be using new high-tech portable scanners to 'frisk' suspects  The devices can detect concealed weapons from a distance of 20 yards away A breakthrough in the war on knife crime, it is due to be showcased this week

By Mark Howarth For The Mail On Sunday

Police will soon be using a new high-tech scanner that can 'frisk' suspects without them knowing.

Hailed as a breakthrough in the war on gun and knife crime, the portable device can detect a concealed weapon through a suspect's clothing - from a distance of up to 20 yards.

The device can check groups of people or even whole crowds as they arrive at concert venues or sporting events, without the need for time-consuming searches by hand.

Called Sword, the system uses the same technology as an airport scanner but shrunk to the size of an iPad or tablet. 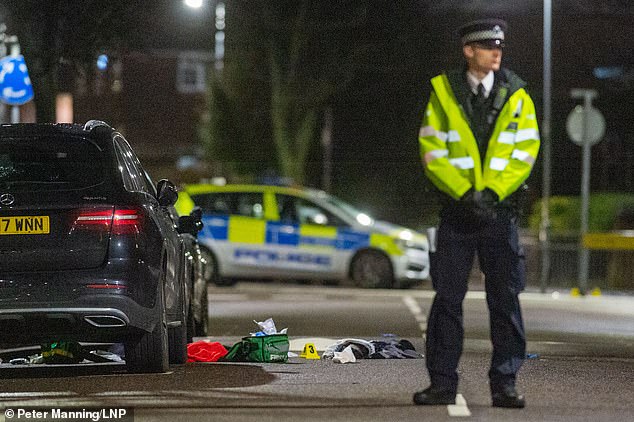 The portable device, called Sword can detect a concealed weapon through a suspect's clothing - from a distance of up to 20 yards (pictured, police officer standing next to medical equipment on the ground at the scene of a multiple stabbing in Barking)

Created by a Californian tech entrepreneur, it is due to be showcased at a Home Office security and policing exhibition in Hampshire this week.

But it is understood that at least one UK police force has already placed an order.

Sword fires harmless electromagnetic radiation at people walking past it. Linked to a databank, it can recognise the outline of knives and guns and a positive match will trigger an alert to the police, showing them what is being carried and

sport news Jonjoe Kenny 'would rather extend his loan deal with Schalke than return to ...