Hey Hey It's Saturday star John Blackman has shown off his new jaw after having it replaced with a leg bone to save him from an aggressive form of skin cancer.

The 72-year-old went under the knife on Friday to have what he called a 'gutter' placed in his mouth to stop him from dribbling after having his jaw completely removed and replaced with a reshaped section of his fibula.

The actor and TV personality took to Twitter to thank his surgeons from The Alfred Hospital in Melbourne after the latest step in his cancer battle, which saw him first undergo surgery in September 2018. 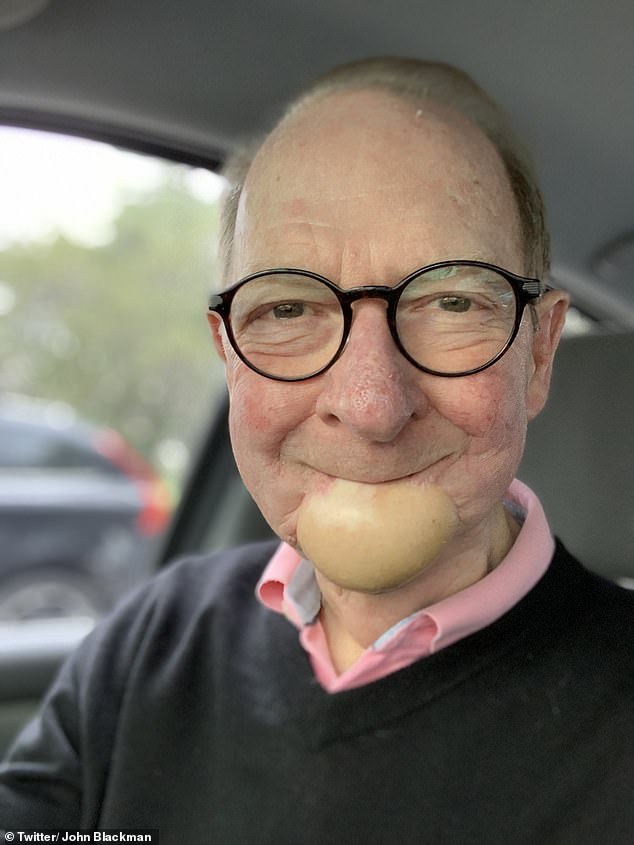 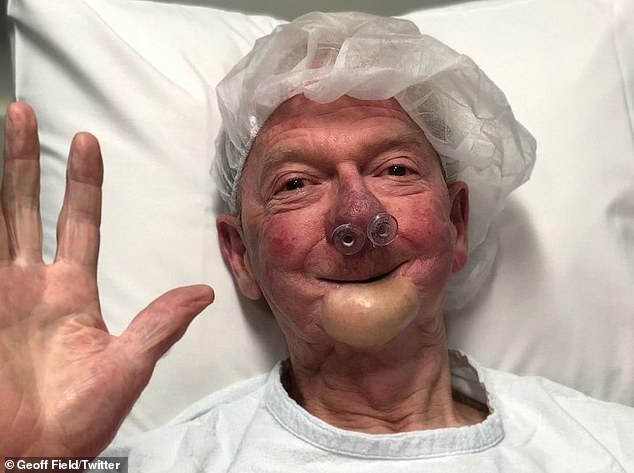 'A huge ''thank you'' for the hundreds of messages of goodwill posted here over the past few days in relation to my latest surgical procedure - I was genuinely moved by each and everyone of them,' he wrote.

'Also to the angels at The Alfred - the best hospital in the world, my plastic surgeon, Frank Bruscino-Raiola & my dentist, Ian Hewson!

'I can now finally see a glimmer of light at the end of a very long & dark tunnel!'

He also shared an image of himself in high spirits following the successful surgery. 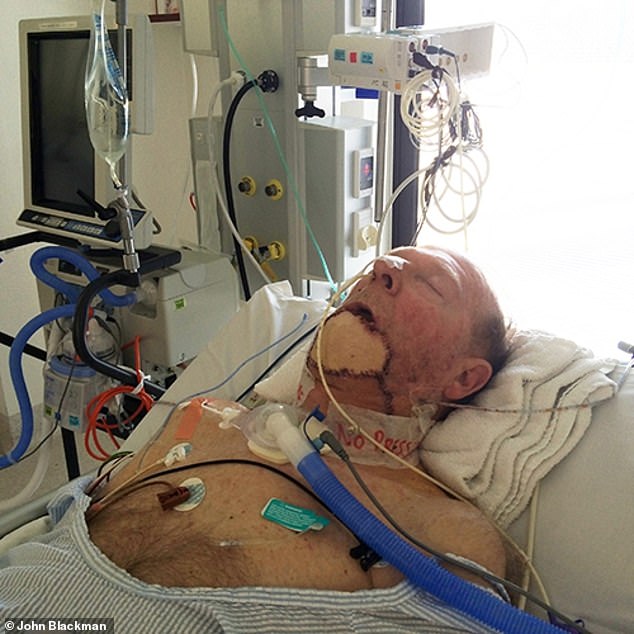 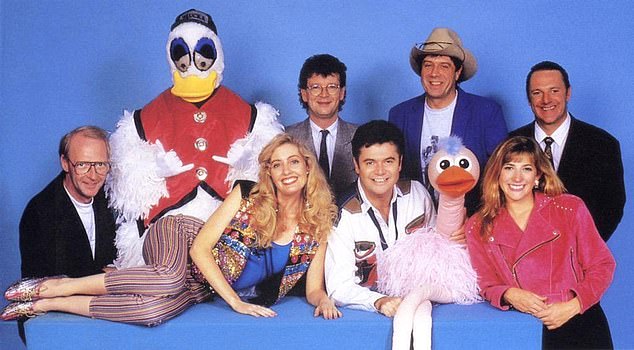 WHAT IS BASAL CELL CARCINOMA?

Basal cell carcinoma cells commonly develop on body parts that are frequently exposed to the sun.

They form in the outer layer of the skin and account for around 70% of non-melanoma skin cancers.

Basal cell carcinoma tend to grow slowly without spreading to other parts of the body.

Blackman temporarily lost his voice following the first operation, but said his health woes were not as bad as they seemed.

'I'm not too bad...I sound awful, and I probably look awful but believe it or not I'm a very, very healthy 72-year-old,' he told Nine News.

Blackman was diagnosed with basal cell carcinoma in 2018 after finding a lump on his chin, which he initially thought was a harmless pimple.

He picked at the lump but didn't get it properly examined until a late diagnosis revealed it was cancerous.

After finding out the bad news from his surgeon, the comedian was told the surgical treatment could change his trademark voice.

The surgery removed all the tissue around his chin, as well as