Pregnant WAG's terror as road rage bully daubs 'b****' on her car hours after 'intimidating' stand-off outside home she shares with her footballer husband Katie Elliott, wife of Steve Elliot, believes the two incidents are connected   Mrs Elliot said the man in his 60s tried to bully her as she pulled out of her drive The Bristol Rovers  legend's wife said the car was sprayed the next morning

By Chantalle Edmunds For Mailonline

Katie Elliott, the pregnant wife of Bristol Rovers legend Steve, has spoken out after she found the word 'b****' spray-painted on her car following a 'road rage' incident.

Mrs Elliott who is 22-weeks pregnant with the couple's second child said she felt intimidated after an altercation with a man outside her home in Downend, Bristol, at around 12.30pm on February 25.

The following morning, she came out to find her Range Rover spray-painted with the obscenity, and Mrs Elliott believes the two incidents may be connected.

The 35-year-old is now desperate to find anyone who may have witnessed the incident in the hope that the police can find the culprit. 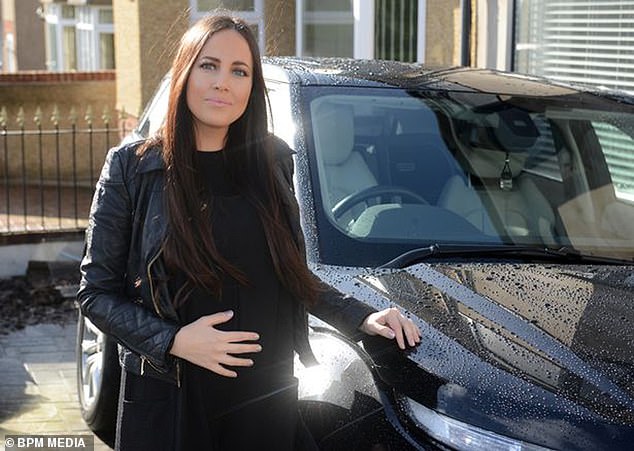 Katie Elliott (pictured), the pregnant wife of Bristol Rovers legend Steve, had the word 'b****' spray-painted on her car after a 'road rage' incident in Downend, Bristol

In a post on Facebook, Mrs Elliott said she had an altercation with a 60+ year-old man in what she described as a 'road rage' incident as she tried to pull out of her drive, and says the man tied to 'bully' her.

Mrs Elliott, who has since had her car cleaned, said: 'During the day I was trying to get out of my drive and a guy came up the road and wouldn't stop to let me out. He wanted me to reverse backwards down the road past lots of cars.

'He kept pushing forward in a very intimidating way. He should have stopped, his options were to go back an inch or go around me. I was trapped unless reversing.

'He would have seen me swinging out of my drive it was my right of way. He sat there and stared at me and told me to go back to which I told him to go

PREV Camilla Parker Bowles's ex-husband has coronavirus and fears he caught it at ...
NEXT Megachurch meeting in Mulhouse seeded France's coronavirus epidemic mogaznewsen