A lottery multi-millionaire admitted threatening behaviour towards her domestic abuse campaigner ex-boyfriend who she claims conducted 'a vendetta' against her.

Gavin Innes, 46, claimed his ex-girlfriend Gillian Bayford - who scooped the £148million jackpot on EuroMillions in 2012 -  pushed him during an argument.

He also boasted to friends that Kirkcaldy-born Bayford was his 'pension fund' and conducted an online campaign of 'venom', Dundee Sheriff Court was told. 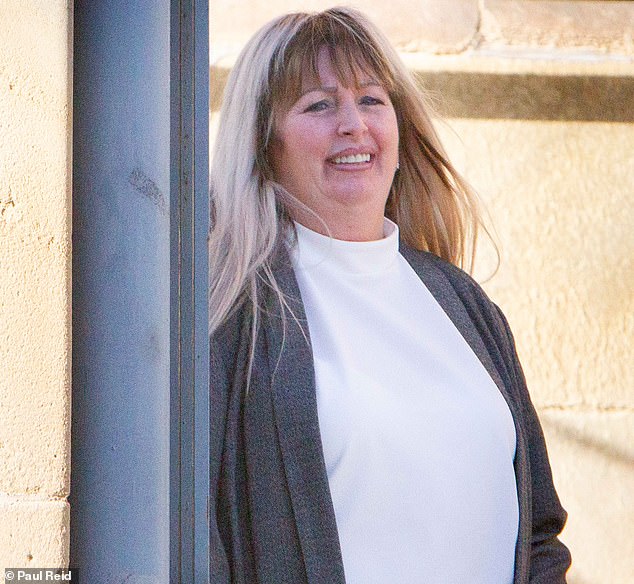 Bayford, 47, had been due to face trial accused of repeatedly battering Mr Innes while they were dating.

But after a morning of discussions between her lawyers and prosecutors, the Crown accepted her plea of guilty to the lesser charge of behaving threateningly and abusively towards him, a domestically aggravated statutory breach of the peace.

She struggled with him, shouted at him, and pushed him on two occasions on October 1 and 5 in 2017.

The court heard that on the first occasion Mr Innes had received a message from Bayford asking her to come to her then home in the village of Auchterhouse, Angus.

There, an argument developed after Bayford accused Mr Innes of delegating the care of her children - aged 11 and 13 - to one of her friends' sons, who was intoxicated, when he was supposed to have been looking after them himself.

Gavin Burton, prosecuting, said: 'Mr Innes sat on the stairs. He was asked to leave and the accused took hold of him and struggled with him.'

A friend of Bayford's then drove Mr Innes to Mr Innes's sister's house.

On the second occasion, text messages were exchanged between them and they agreed to meet.

Bayford drove to Dundee and parked in the street near Mr Innes's sister's house.

Mr Innes got into her 4x4, where they became involved in argument about what had happened four days earlier. 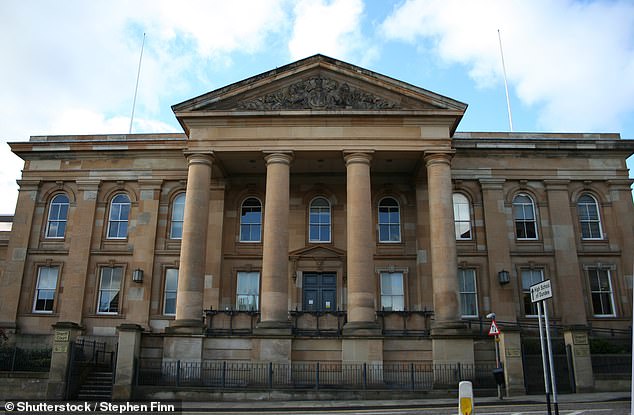 Gavin Innes also boasted to friends that Kirkcaldy-born Bayford was his 'pension fund' and conducted an online campaign of 'venom', Dundee Sheriff Court was told

Mr Burton said: 'She then lent over, opened the vehicle door, and pushed him. She didn't push him out of the car. She simply pushed him.'

Mr Innes then left, taking Bayford's phone and keys, and went into his sister's.

Bayford followed him in where 'other family members' of Mr Innes 'succeeded in de-escalating the situation' by offering Bayford a cup of tea.

'Ultimately that brings an end to that incident,' Mr Burton said.

Murdo MacLeod QC, defending, said it was 'scarcely possible to imagine two more trivial linked incidents', and said Bayford had reacted after hearing Mr Innes had described her as 'his pension fund'.

He said Bayford's life had changed when she won the lottery in 2012.

He said: 'It's perhaps a bit of a cliche now, but it was a mixed blessing. It placed a great strain on her marriage and she split up from her husband in 2013.

'She moved to Dundee and build up a substantial property portfolio, but she became very wary of people's motives in developing friendships with her, suspicious of people's intentions, and had

PREV Pensioner, 72, is 'attacked and killed in bust-up between dog walkers' with man ...
NEXT Half-mile tunnel filled with over 4,000 pounds of drugs found near San Diego

Kerry Katona seductively dances and showcases her toned physique in an array of ...