Divers come under attack from furious FISH that bite one of them and ram their underwater camera Angry triggerfish attacked divers off the coast of Nusa Penida, Bali, Indonesia One diver had two attacking his legs while a second had one approach his face Triggerfish are known to attack divers to defend their nests built in sandy areas

This is the moment two territorial fish ambushed divers and tried to bite them in the waters off Nusa Penida island near Bali.

The angry triggerfish are shown emerging from the turquoise depths to launch the vicious assault - and even attack the group's camera.

Triggerfish tend to attack divers when they swim into the sandy areas where the fish have built their nests during breeding season, usually between April in May. 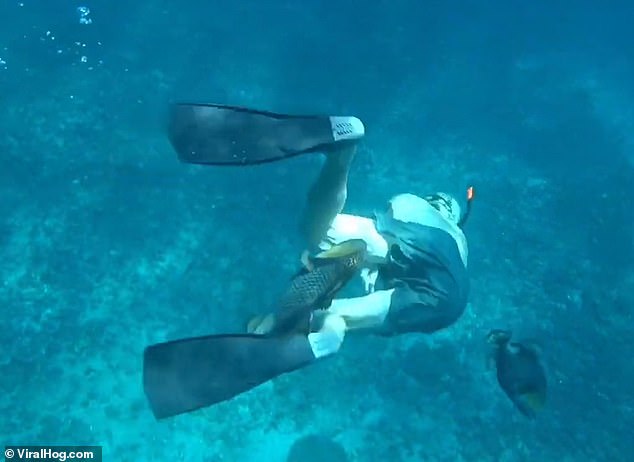 Two triggerfish attacked the divers off the coast of Nusa Penida island near Bali, Indonesia 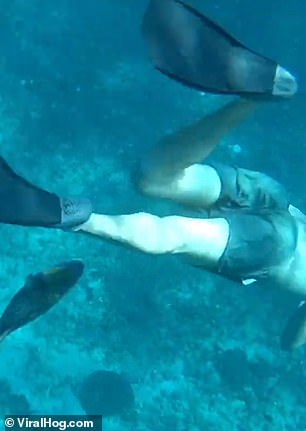 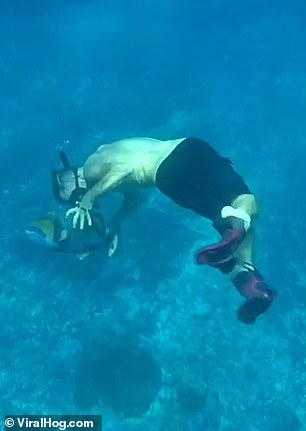