'People are talking about a revolution, we started a movement!' Joe Biden declares victory on Super Tuesday and suggests that it 'may be over for the other guy'

Joe Biden had such a strong Super Tuesday showing that he floated that the Democratic nomination may be locked up.

Biden recalled, happily, how the political wisdom would be that Super Tuesday would come and Bernie Sanders would lock up the nomination. 'Well it may be over for the other guy,' he added.

'People are talking about a revolution, we started a movement!' he told  several hundred supporters in Los Angeles Tuesday night, before the polls closed in California, which still had the potential to be the one bright spot for the Vermont senator this primary night. 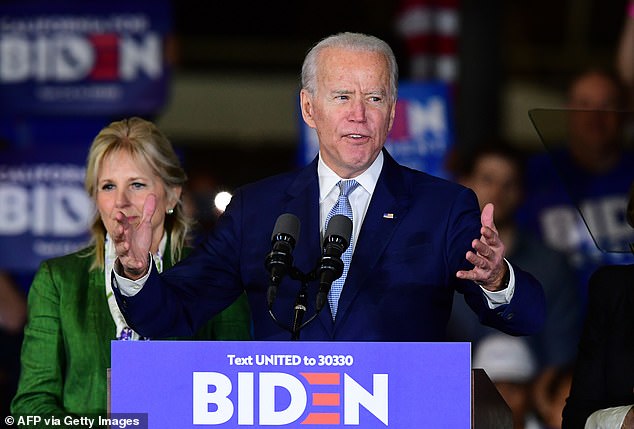 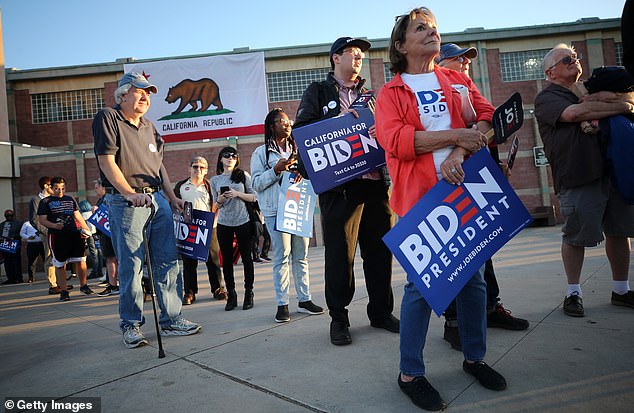 Supporters of Joe Biden wait to get into his campaign rally Tuesday night in Los Angeles, at a venue located right off Obama Boulevard 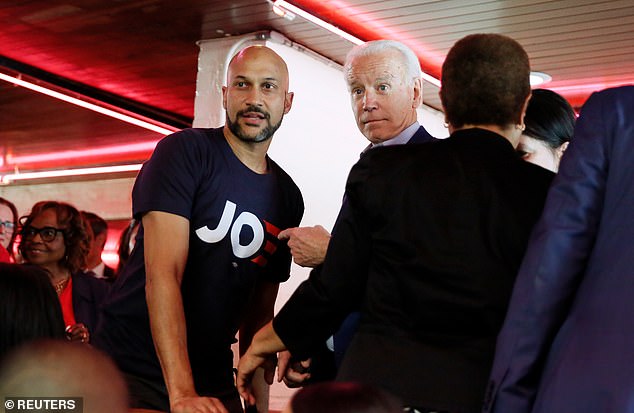 Comedian Keegan-Michael Key (left) said Tuesday that he was all in for Joe Biden (right), who he linked up with at a Los Angeles Roscoe's House of Chicken and Waffles 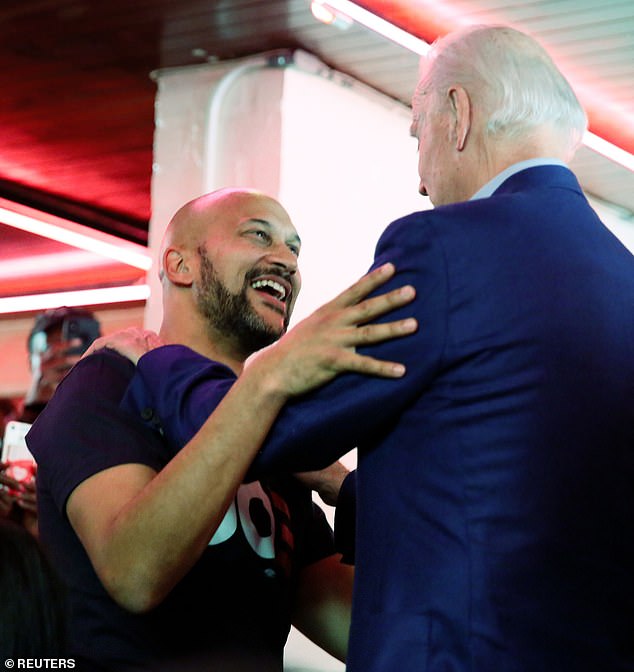 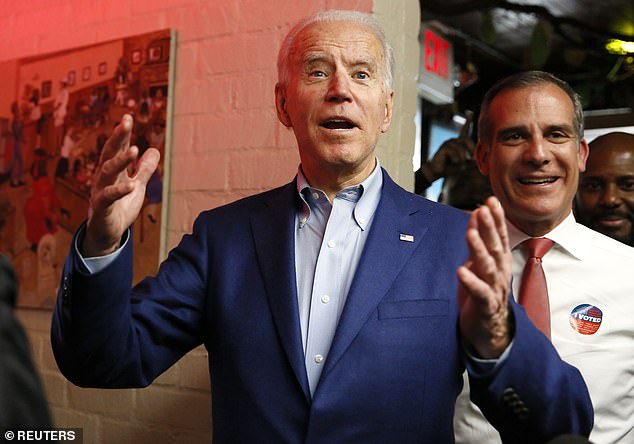