Catastrophe for Elizabeth Warren who fails to even win her own state of Massachusetts as Donald Trump mocks: 'She can just sit back and have a nice cold beer!' Elizabeth Warren's campaign for president fell flat on Super Tuesday as she failed to even win her home state of Massachusetts  Warren lost to both Joe Biden, again the frontrunner, and Bernie Sanders, who represents nearby Vermont  Warren ignored Super Tuesday on Super Tuesday by campaigning in Detroit, Michigan, where voters head to the poll next Tuesday  President Trump rubbed in her Massachusetts loss, suggesting she 'can just sit back with her husband and have a nice cold beer!'

Elizabeth Warren's campaign for president fell flat on Super Tuesday as she was unable to win even her home state of Massachusetts.

Warren lost to both Joe Biden - whose South Carolina win Saturday night restored his frontrunner status - and Bernie Sanders, who represents neighboring state Vermont. Warren was in third place with 22 per cent of the vote with 70 per cent of the votes counted.

And President Trump rubbed it in, tweeting, 'Elizabeth “Pocahontas” Warren, other than Mini Mike, was the loser of the night. She didn’t even come close to winning her home state of Massachusetts. Well, now she can just sit back with her husband and have a nice cold beer!'

Trump was referring to Warren's debut as a presidential candidate, where the overly folksy former Harvard Law professor said, 'I'm gonna grab me a beer,' before answering questions online from supporters.

But Warren's persistance had her looking ahead, as she campaigned in Detroit, Michigan Tuesday as votes were trickling in - a state that doesn't vote until next Tuesday - and telling supporters in an email that she needed their help 'to keep up the momentum.' 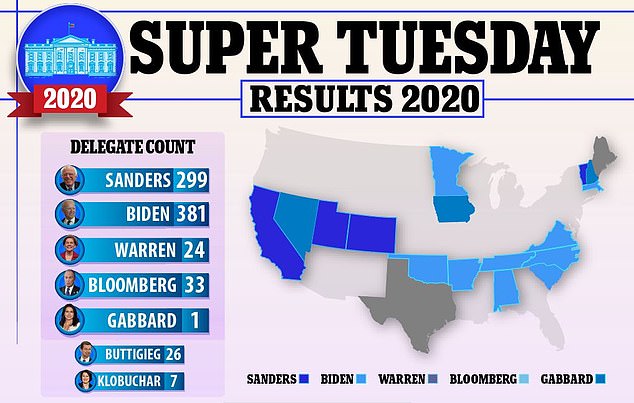 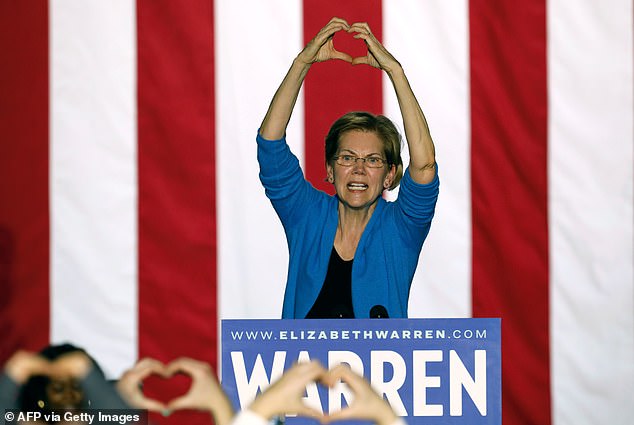 Elizabeth Warren spoke in Detroit, Michigan Tuesdsay night - a state that doesn't vote until the following week - ignoring the results that were not in her favor from the 14 Super Tuesday states

President Trump gloated over her bad fortune, pointing out how she lost her home state of Massachusetts and

RT @expressceleb: Karen Hauer tells The One Show's Alex Jones to 'stop it' as ...