Fears of the coronavirus, deadly tornadoes and other issues temporarily disrupted voting on Super Tuesday in a number of states.

In Travis County, Texas, home to Austin, many election workers did not show up, with some citing fears of contracting the virus, according to the county clerk's office.

The election office said it implemented emergency procedures, with elections staff and other employees filling in as poll workers.

Another county, in California, addressed concerns over the coronavirus by sending bottles of hand sanitizer to polling places and asking poll workers to post fliers from the public health department on how to avoid spreading the virus.

Jesse Salinas, the chief elections official in Yolo County, just west of Sacramento, said about 10 percent of poll workers backed out at the last minute, and he pointed to concerns about getting the virus. He said that's about double what is normal for an election, and sent his team scrambling for replacements. 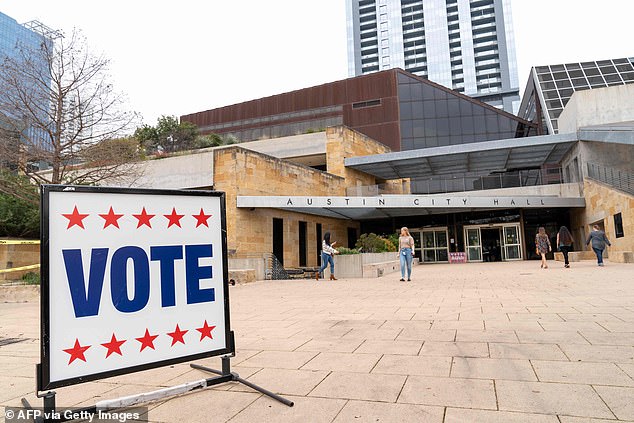 In Travis County, Texas, home to Austin (Above), many election workers did not show up, with some citing fears of contracting the virus, according to the county clerk's office 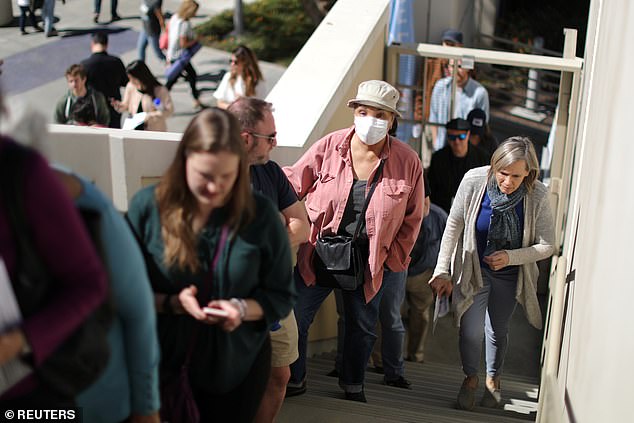 A woman wears a face mask as she lines up to vote at a polling station on Super Tuesday in Santa Monica, California

'We are hoping people remain calm and still participate in the election process,' Salinas said.

Meanwhile, just hours before polls were set to open in Tennessee, tornadoes tore through parts of the state, killing at least 24.

With more than a dozen polling sites in Nashville's Davidson County damaged, voters were sent to other locations, where some of them encountered long lines.

Aside from the tornado-ravaged counties in the South, the two biggest Super Tuesday prizes of California and Texas appeared to have most of the voting-related problems.

Voter file databases were down or excruciatingly slow in some counties in California and Texas, leading to massive lines and long waits at the polls. 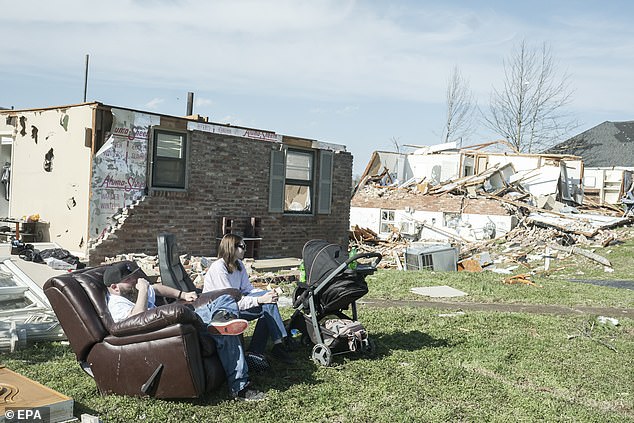 Will Green sits amid the debris of a house where he lives with his father, that was damaged when a tornado struck Nashville, Tennessee early on Tuesday 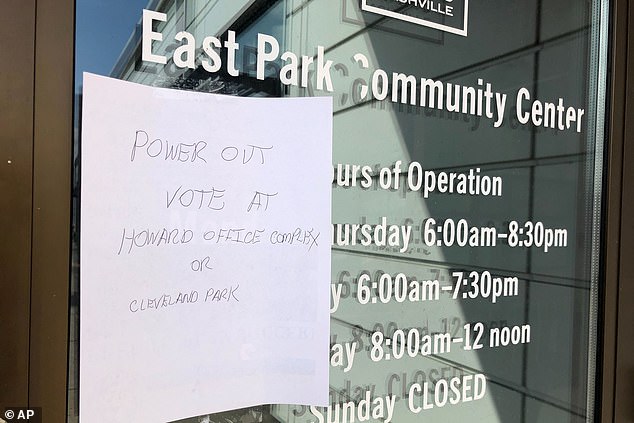 A polling location is closed due to no power after deadly storms passed through the state, in Nashville. As Super Tuesday voting got underway, deadly storms that spawned tornadoes and heavy rains left treacherous conditions in at least two of the 14 states holding primaries