A landscape gardener says he was threatened with the sack after health chiefs urged him to self-isolate to protect his seriously ill stepson.

Adam Dobbs, 29, received an email from UK authorities instructing him to stay indoors amid fears of the spreading coronavirus on Monday - hours before Boris Johnson plunged the country into an unprecedented draconian lockdown.

But when he explained the situation to his employer, he claims he was fired without explanation.

It comes as more than 1,000 people contacted a committee of MPs raising concerns about being told to continue going to work despite the plea for non-key workers to stay home to halt the spread of the infection.

Those who have been forced to go in say fear they are unable to follow Government instructions on social distancing as pictures emerged showing 'cramped' conditions at Matalan warehouse on Merseyside.

In Mr Dobbs' case, the government wrote to him warning that unless he stopped leaving the house he risked bringing the deadly infection home, putting his five-year-old stepson Leo Mitchell, who has Infantile Pompe disease, in danger.

Concerned, the gardener contacted his bosses at Firtree Landscapes to discuss his options. Hours later, he was fired without an explanation. 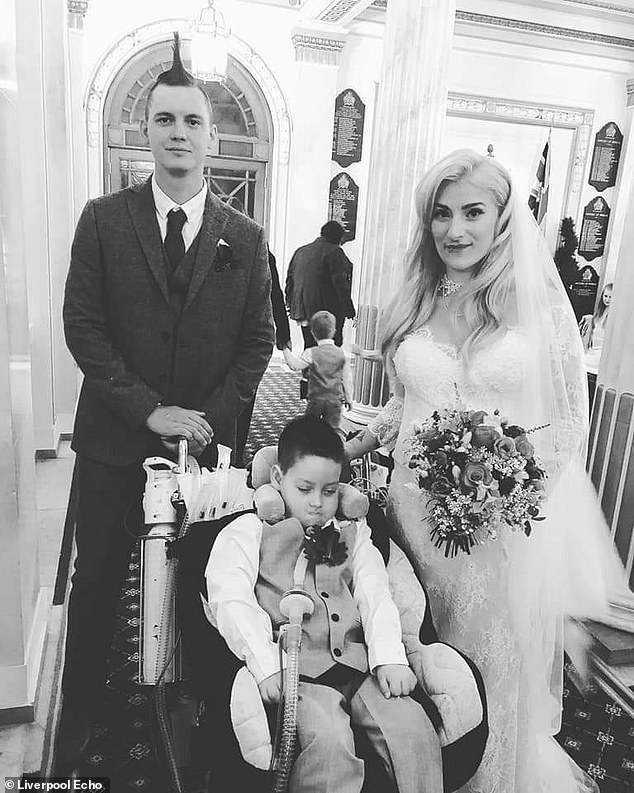 In a message to Mr Dobbs, Firtree said: 'Apologies for this email, but I have been trying to contact you on the phone.

'I am writing to terminate your contract of employment with effect from close of play yesterday, this is due to not following company policies and procedures.

'Once I have all the necessary information together, I will formally write to you.'

Mr Dobbs, who lives in Bebington with his 26-year-old wife Kara, has blasted the 'evil' decision to sack him amid the coronavirus pandemic.

He told the Liverpool Echo: 'This is unfair dismissal on the grounds of discrimination.

'What they have done is unnecessary, I don't know what their problem is, they've left me and my family out in the cold at a time of national crisis.

Mr Dobbs has two children from a different relationship, and lives with three himself, aged five, three and one, in his current Wirral home.

Since the Liverpool Echo reported Mr Dobbs' predicament, MailOnline understands that Firtree Landscapes will no longer be firing their employee. 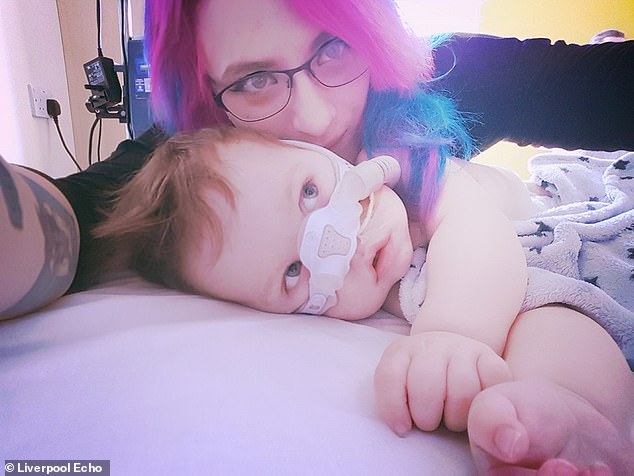 Mr Dobbs, who lives in Bebington with his 26-year-old wife Kara, has blasted the 'evil' decision by Firtree to sack him amid the escalating coronavirus pandemic

Meanwhile, hundreds of workers have replied to an appeal for information by the Business, Energy and Industrial Strategy Committee.

Their concerns include not being offered enough support at work, or why some workers have been told they are key to the national Covid-19 response.

Rachel Reeves, who chairs the committee, said: 'From the evidence we've received it's clear that many businesses are still not doing the right thing.'

Have you been sacked for self-isolating? Email [email protected]

She continued: 'This must change now. This is a health emergency - it cannot be business as usual.

'Workplaces, even those deemed essential, should be doing all they can to ensure that their workers are able to work from home or, if they do have to attend work, that they can undertake social distancing.

'The Government came forward with an income replacement scheme - there can be no question of workers being, in effect, forced to take annual or sick-leave when they are doing the right thing and keeping themselves safe.

'Businesses need to stand by their workers and keep them safe.

'In time, businesses will have to answer for their decisions during this pandemic and whether they did the right thing.'

Those contacting the MPs work in a range of sectors, including office-based staff, furniture manufacturers, estate agents, law firms, and TV engineers.

PREV US coronavirus: NYC fights catastrophe as one dies every 17 minutes and 911 ...
NEXT HERO subway driver in NYC was killed by fire the same day his two coworkers ...