Deutsche Bank has launched an internal investigation into President Trump’s personal banker over a 2013 purchase of a Manhattan apartment from a company partly owned by his son-in-law Jared Kushner, according to a report.

Rosemary Vrablic and two other colleagues at Deutsche Bank spent $1.5million for an apartment at 715 Park Avenue in New York City.

Real estate records obtained by The New York Times indicate that the property was acquired from a firm called Bergel 715 Associates.

According to the Times, Kushner and his wife, Ivanka Trump, received between $1million and $5million last year from Bergel 715. 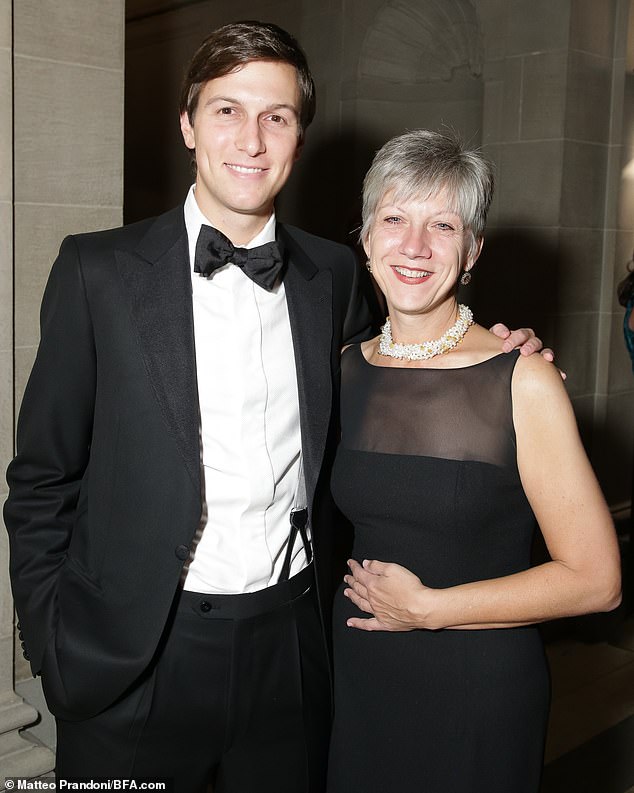 Rosemary Vrablic (right) is the subject of an internal inquiry at her firm Deutsche Bank after it was learned that she and two other colleagues bought an apartment at 715 Park Avenue in New York City for $1.5million from a company partly owned by her then-client, Jared Kushner (left), in 2013. Kushner and Vrablic are seen above in New York City in 2014 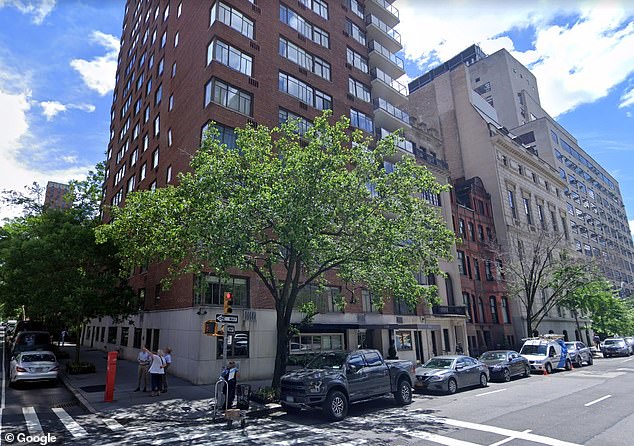 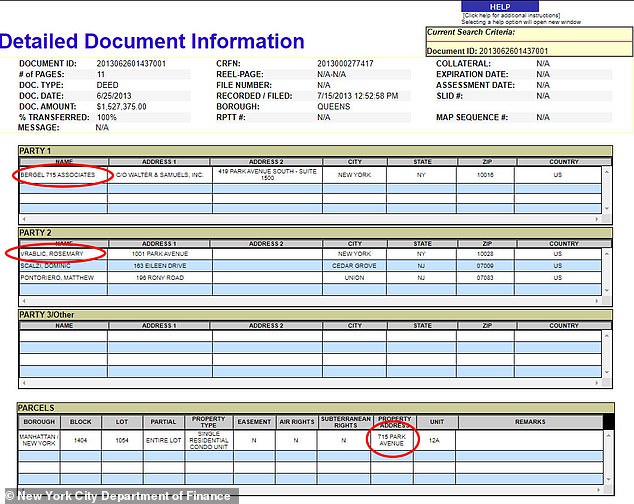 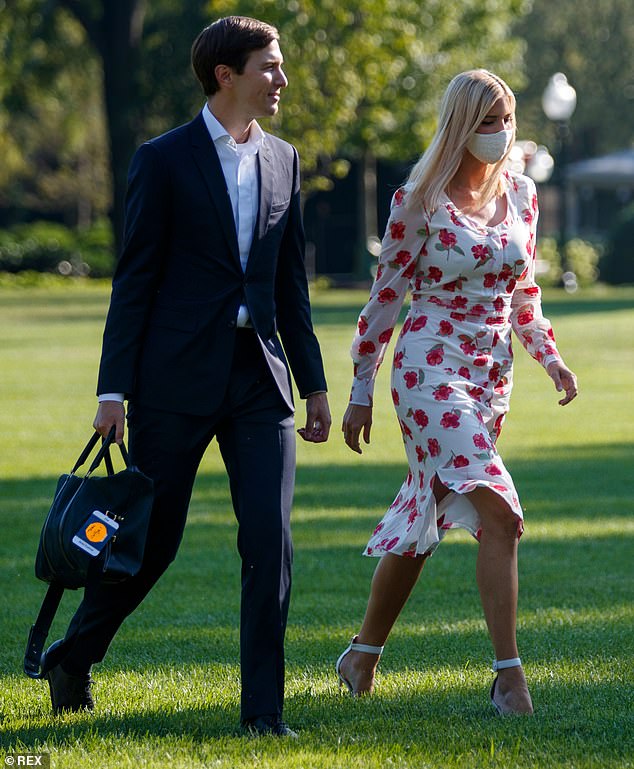 Newly released financial disclosure forms indicate that Kushner and his wife, Ivanka Trump (seen right with her husband at the White House on July 26), earned between $1million and $5million from Bergel 715 Associates last year

The Times reported that a person who was ‘familiar with Kushner’s finances’ said that the president’s son-in-law held an ownership stake in the company at the time Vrablic and her two colleagues bought the Park Avenue property.

There is no indication that the unit in the building, which is described as a 908-square-foot, one-bedroom, one-bath apartment with a balcony overlooking Park Avenue - was purchased at below market value.

At the time of the purchase in June 2013, Vrablic was a personal banker to high-end clients that included Donald Trump and Kushner.

Vrablic purchased the apartment along with two of her subordinates in Deutsche Bank’s private banking division - Dominic Scalzi and Matthew Pontoriero.

Scalzi and Pontoriero have been asked to comment by DailyMail.com.

Deutsche Bank extended some $190million in loans to both Kushner and Trump at that time of the Park Avenue real estate transaction. In the ensuing years, they would seek to borrow hundreds of millions of dollars more from the bank.

In the years leading up to Trump’s election victory in 2016, Vrablic helped steer a total of more than $300million in loans to Trump, according to The New York Times.

The Times reported that Kushner introduced his father-in-law to Vrablic in 2011. 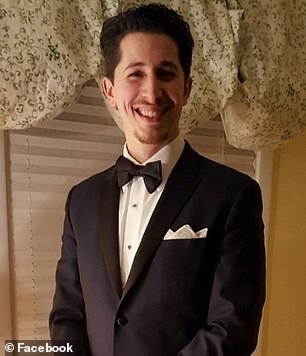 Kushner arranged the meet-and-greet after he realized that Trump was looking to borrow money from lenders to finance expensive real estate projects that were put on hold due to the 2008 recession.

At that time, Trump was unable to find a