Sssurprise! Homeowner returns from a night out to find two MASSIVE snakes had crashed through his ceiling Two massive coastal pythons have crashed through a Queensland man's ceiling  David Tait returned home to find a huge hole in his fibro ceiling, but no snakes  He searched his home to find the massive snakes in his bedroom and lounge

A Queensland man got the shock of his life when he returned home from a night out to discover two snakes weighing about 18kg had crashed through his ceiling.

David Tait found the huge coastal pythons in his Lacey's Creek home, north-west of Brisbane, on Monday after walking inside to find part of the fibro ceiling in his dining room had crashed to the floor.

Mr Tait went searching through his home and found the 2.5m and 2.8m snakes, one in his bedroom and the other in the living area.

Steven Brown, 38, from Brisbane North Snake Catchers and Relocation, told Daily Mail Australia they were 'some of the fattest snakes' he had ever seen. 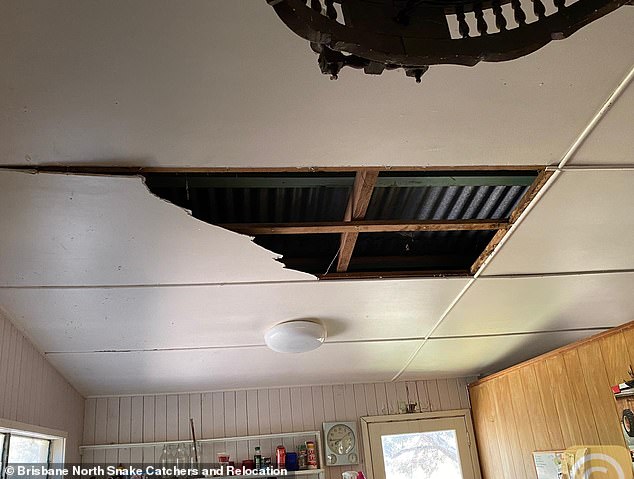 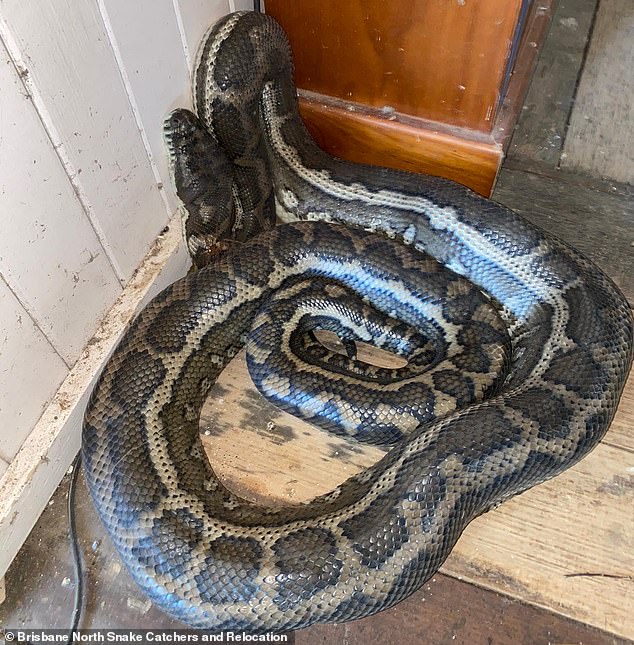 Mr Brown said the snakes - weighing about 10kg and 8kg - may have been fighting over a female and there was a chance she was still close by.

'I did try looking for the potential female but there was no way I could get into the roof - it was impossible to get my arm in there. The home used to be the old Lacey Creek State School,' he said.

Mr Brown, who has been into snakes for the past 10 years and owned his own business for three, added it had been a

PREV Kanye West denies rumors Trump and GOP are bankrolling his White House bid
NEXT New Zealand manhunt for driver who caused a head-on collision and then stole a ...