A large tiger snake has been found curled inside the back toilet of a popular restaurant in Melbourne.

The snake was hiding inside the bowl of the toilet behind restaurants on Yarra Street in Warrandyte. 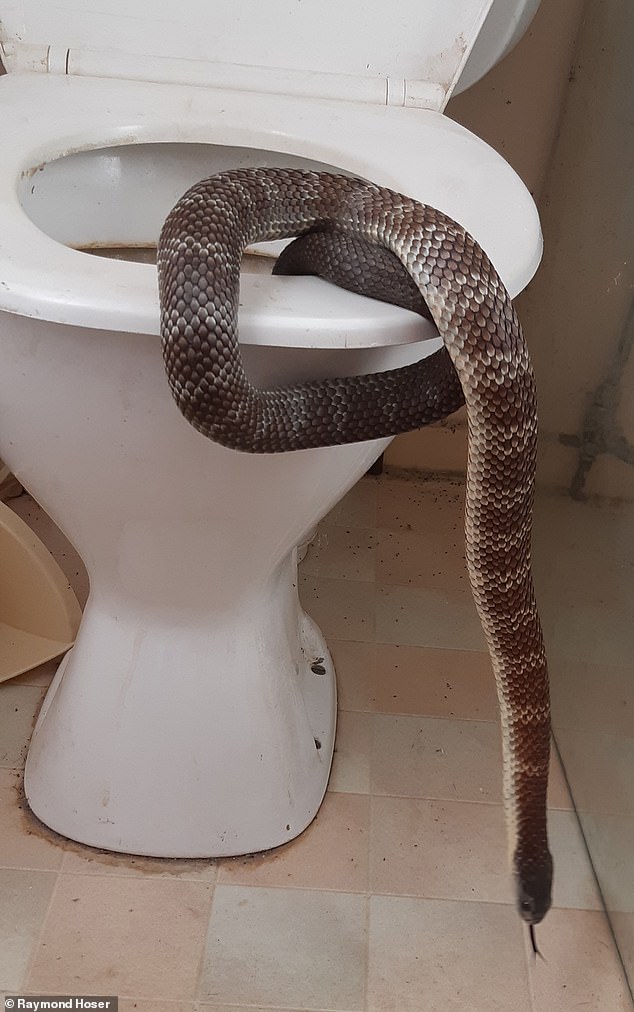 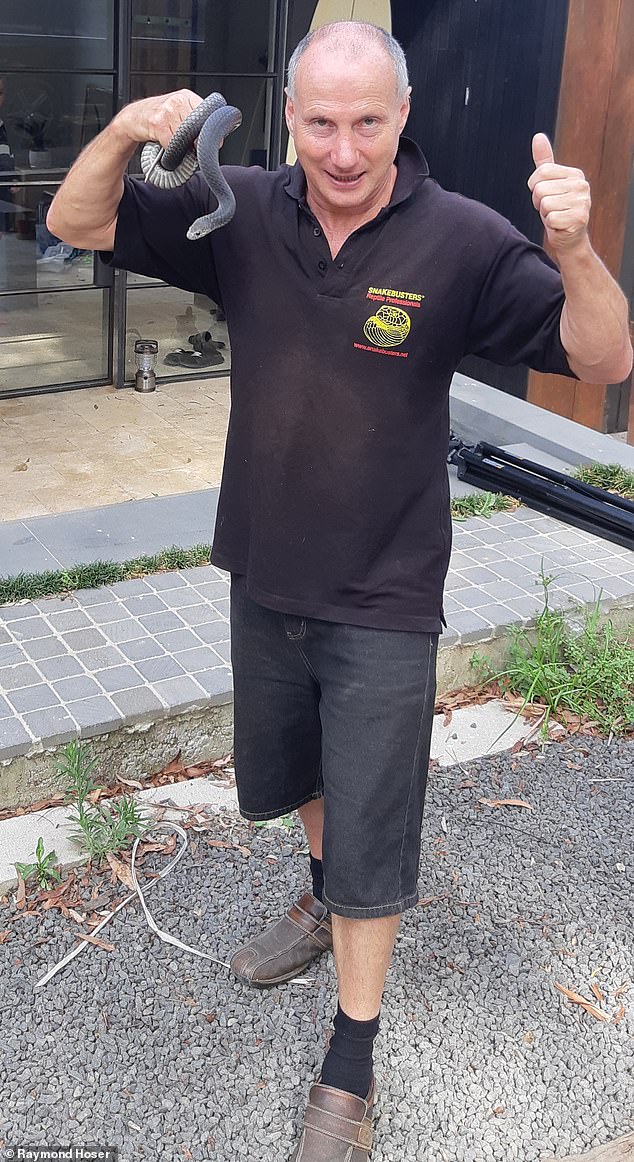 Snake catcher, Raymond Hoser (pictured) said the group of shops back onto a river and it is common for the reptiles to appear in Spring as they find somewhere warm to sun themselves

Mr Hoser said the group of shops back onto a river and he is called out every year when the snakes come out of hibernation to enjoy the warm weather.

'Tiger snakes climb enough to confuse things which means it could have come from anywhere,' said Mr Hoser.

The reptile was taken to the local state park in Warrandyte and was set free at least 500 metres from the nearest house.

'Releasing is the hard part, we have to let them go within 5 kilometres of where we find them and we want to do that as far away from houses as possible,' he explained.

Hours after he released the tiger snake into the wild, the snake catcher responded to a call for help from staff at Lynbrook Railway Station in Melbourne.

PREV Tony Abbott is a 'misogynist' who should not be allowed 'anywhere near ...
NEXT Four Navy aircrew parachute to safety moments before E-2C Hawkeye plane crashes ...