It's now cheaper to fill up than it was in 1999! Petrol prices plummet in the wake of the coronavirus crisis and are now the cheapest they've been in 21 years The cheapest price in Sydney was recorded at Lurnea, in the west, at 92.9 cents The consumer watchdog revealed outlets are still making record high profits ACCC also said the COVID-19 pandemic decreased demand for petrol

Petrol prices have plunged to the lowest in 21 years and are now just 92.9 cents per litre in some areas.

The average cost of fuel in Australia fell to 109.0 cents in June, representing a drop of 28.9 cents from March. 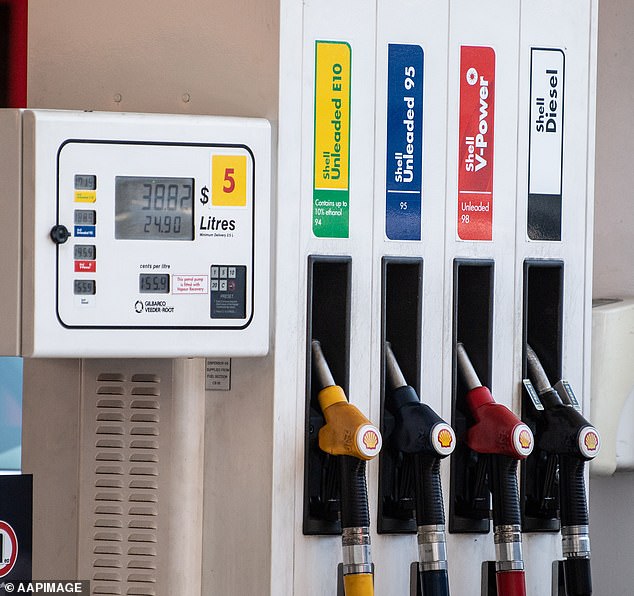 The average cost of fuel in Australia fell to 109.0 cents in June, representing a drop of 28.9 cents from March (stock picture of petrol pumps in Australia)