'Who steals hand sanitiser?' Factory owner fumes at the 'scumbag' who 'made off with $7,000 worth of coronavirus safety gear after breaking in with a forklift' Man allegedly broke into a business in Prospect near Blacktown in Sydney's west Allegedly used forklift to load two pallets of face masks and hand sanitiser Toyota Land Cruiser captured on CCTV which help police track down vehicle Man, 34 was arrested and charged to appear in Penrith Local Court this month Do you know more? Email [email protected]

A business owner has an angry message for the man who allegedly stole thousand of dollars worth of hand sanisiter and face masks from his western Sydney factory.

The accused, 34, will appear in court this month over the alleged theft from a business in Propect near Blacktown in the early hours of Tuesday morning.

Police allege the man ram raided the warehouse to break in before using a forklift to load two pallets containing 1,350 bottles of hand sanitiser and thousands of dollars worth of face masks into his vehicle.

CCTV captured the Toyota Land Cruiser entering and leaving the factory, which helped police track down the vehicle later that afternoon near Penrith. 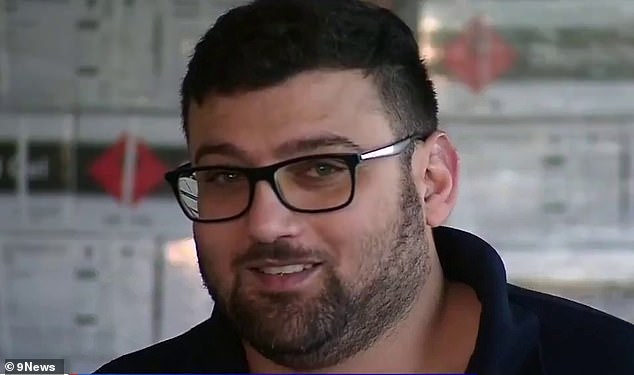