A Washington state firefighter lost his wife and three children in a house fire at their new home while he was battling a separate wildfire 200 miles away, authorities said.

Raul Garcia-Santos of Benton City, Washington, lost his entire family in the frightening blaze around 1am of August 27.

The family's single-wide trailer was engulfed in flames when deputies with the Benton County Sheriff's Office dispatched to Green Acres Mobile Home and RV Park.

'There was really nothing we could do,' Chief Ron Duncan, of Benton County Fire Protection District 2, told CNN. 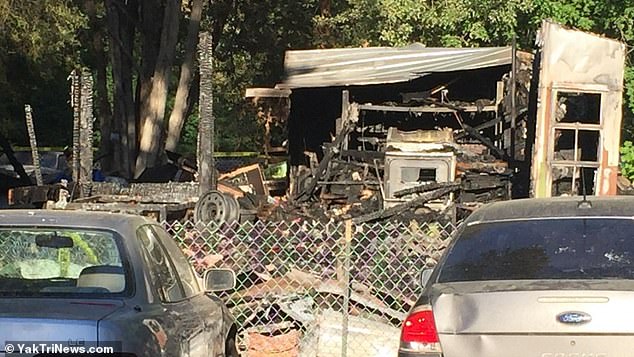 A house fire in Benton City, Washington, killed the wife and three children of a  firefighter who was battling a wildfire 200 miles away. Pictured: The burnt home at Green Acres Mobile Home and RV Park 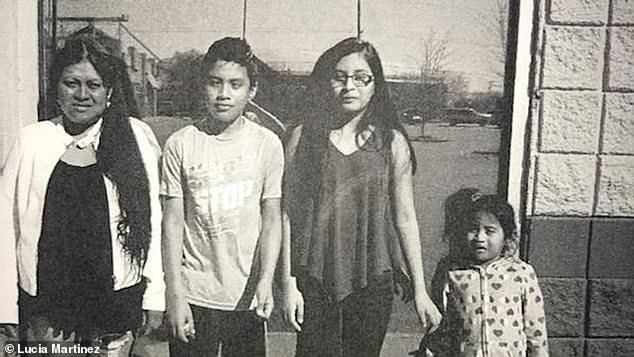 A press release states that fire was so massive that one nearby residence caught on fire, but the family was evacuated from the home.

A neighbor told Tri-City Herald he was asleep when the fire first broke out, but was awakened by the sound of explosions and raced outside to find flames stretching 30 feet high.

The front of the family's home was burnt beyond recognition, but firefighters stopped the inferno before it reached the back section.

The family had reportedly just moved there that day and the fire sparked on their first night inside the home. 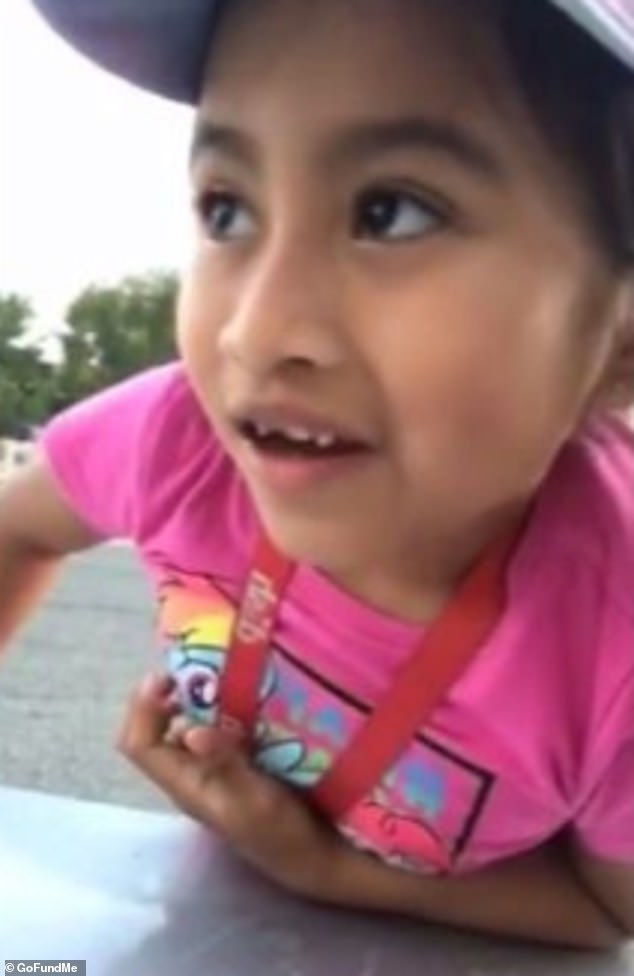 A photo of Michelle Garcia-Martinez (pictured), who died in a house fire on August 27, was shared on a GoFundMe campaign to help with funeral costs

Meanwhile, Raul was more than 200 miles south in Okanogan County fighting the Palmer Fire when he learned the heartbreaking news.

The Palmer Fire, which scorched across 17,988 acres, required 349 crew members from various emergency and wildlife organizations to quell the flame.

A number of evacuations were issued, but as of August 28 the Palmer Fire was 91 per cent