A North Korean defector who fled the country aged 13 has described the horror of seeing bodies in the streets and eating insects to survive because of mass starvation in the secretive state.

Yeonmi Park said cold, darkness and starvation were part of everyday life in the pariah kingdom where she grew up and blamed the regime's nuclear ambitions for wrecking the country's economy.

After fleeing North Korea and crossing the frozen Yalu River into China, Park and her mother were trafficked and raped before escaping again to Mongolia.

Now 26, she told the New York Post there were 'no friends, only comrades' in North Korea and that feelings of affection were reserved for the ruling Kim dynasty, which has ruled the one-party dictatorship for more than 70 years. 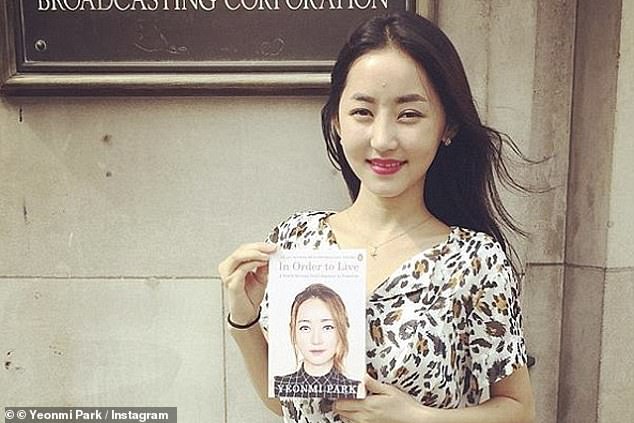 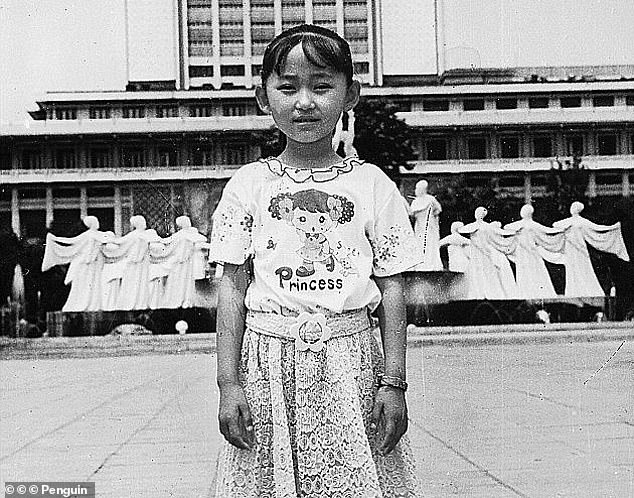 Park, pictured as a girl in North Korea, blamed the ruling Kim dynasty and its spending on nuclear missile tests for wrecking the country's economy

The UN warned last year that more than 10million people were facing 'severe shortages' in North Korea, and the economy has been further damaged by coronavirus restrictions - although the country claims to have no cases.

'You’d see so many people just dying. It was something normal for us to see the dead bodies on the street,' Park said.

Park's grandmother and uncle both died of malnutrition and as a child she was forced to eat insects to survive, she said.

'If they would spend just 20 per cent of what they spent on making nuclear weapons, nobody would have to die in North Korea from hunger but the regime chose to make us hungry,' she said.

She also described how school children were taught to revere the Kim family as god-like leaders with supernatural powers.

When Park was a child, Kim Jong-il was still the country's supreme leader, before he died in 2011 and was succeeded by his son Kim Jong-un.