Police officers involved in the suffocation of Daniel Prude - who died in March after a bag was placed over his head - were following their training, their union chief has said, as it emerged that Prude's brother Joe said he was hallucinating and suicidal before he died.

Prude, 41, from Chicago, was naked running through the streets of Rochester, New York - where his brother lives - in the early hours of March 23 when he was arrested.

He had taken the drug phencyclidine, known as PCP or angel dust, and was ranting at the officers, telling them he had coronavirus, saying they should just put him on a plane, and asking for their guns. 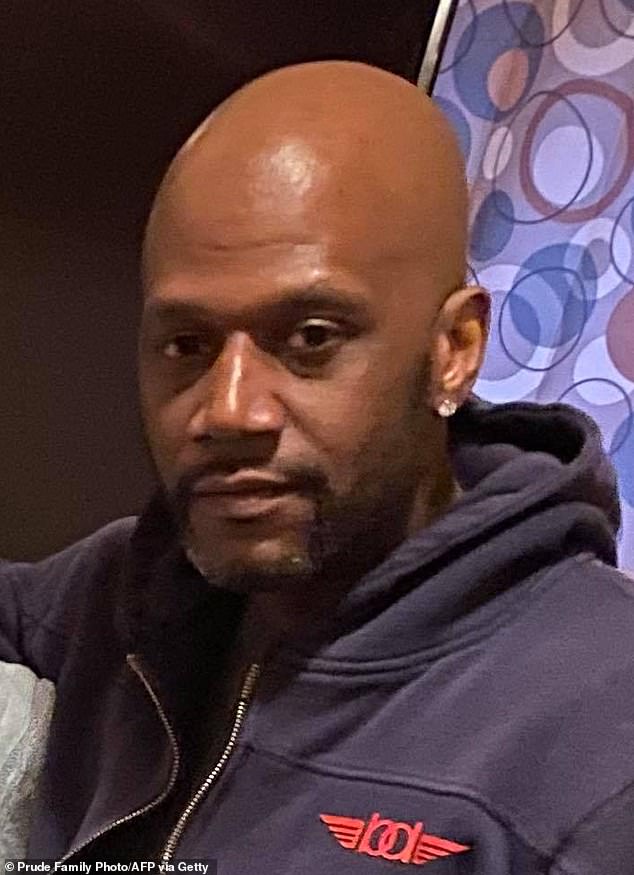 Daniel Prude, 41, from Chicago, died in Rochester following a March 23 arrest by police 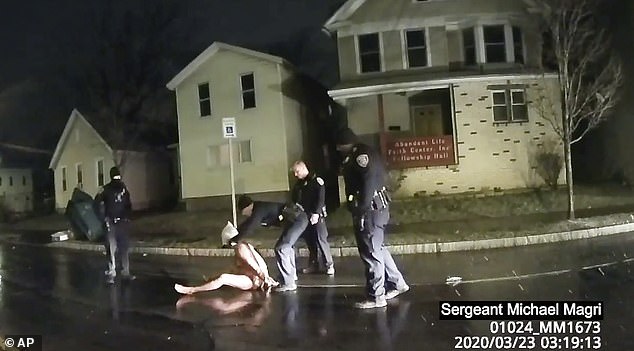 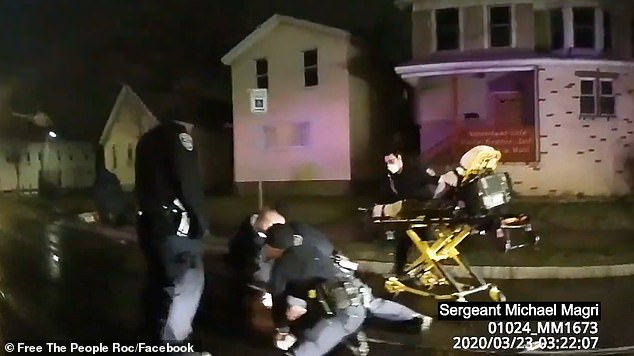 Paramedics arrived as Prude was wrestled to the floor, still wearing the 'spit hood'

He was handcuffed and sitting on the road when one officer approach him from behind and put a 'spit hood' on him, because he was spitting.

Prude, who was black, then becomes increasingly agitated and is held face-first to the ground, with an officer's knee to his back. After the paramedics arrive, he falls unconscious, and he died in hospital seven days later.

The seven officers involved have been suspended.

'To me, it looks like they were watching the training in front of them and doing step by step what the training says to do,' he said on Friday.

'If there's a problem with that, let's change it.'

Mazzeo said the officers were aware that they were dealing with someone who appeared to have had some sort of mental breakdown, and were doing the best they could in difficult circumstances.

The union chief said officers 'absolutely' need more help in dealing with people who are mentally ill, or on drugs.

'It wasn't that long ago when New York state mental health facilities were closed and people were put out on the street, and who was the only other agency who was able to deal with them? The police,' he said.

'We definitely need changes and help.'

Joe Prude told officers, in footage captured on body cameras, that his brother had arrived in Rochester from Chicago - where he lived with his sister - on March 22. 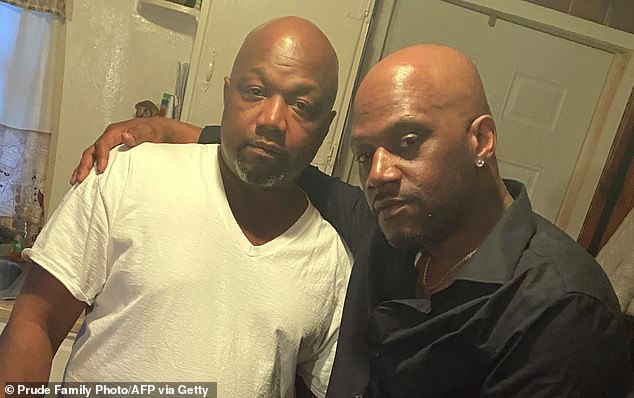 Daniel Prude, right, is pictured with his brother Joe, who lived in Rochester with his wife 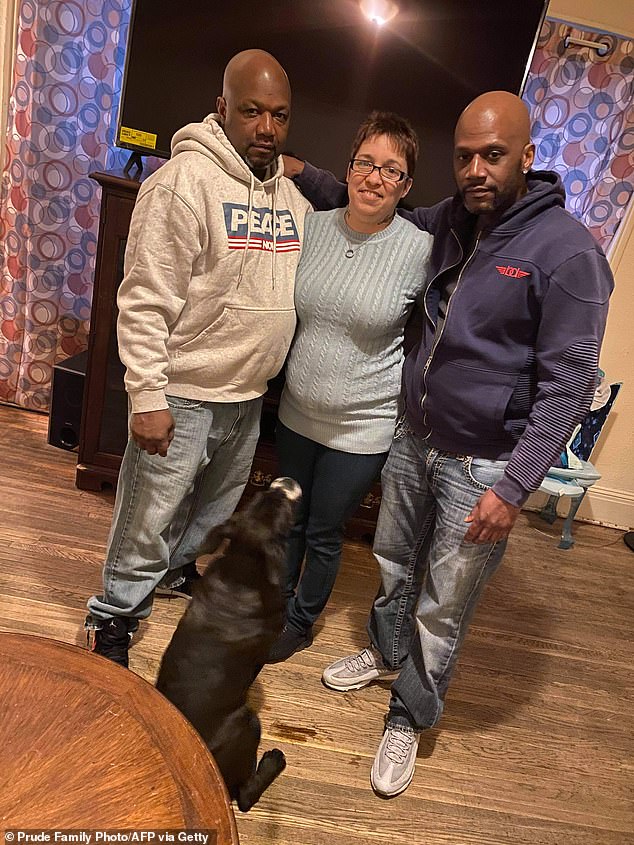 Daniel (right) is pictured with his brother Joe Prude, with Joe's wife Valerie

Prude had been kicked off a train for smoking, and was collected from a shelter in Buffalo at around noon on March 22.

Shortly after arriving at the home of Joe and his wife, Daniel started to become paranoid,

PREV Two men fight in Miami Springs. One gets stabbed, the other gets shot in the buttocks
NEXT Four Navy aircrew parachute to safety moments before E-2C Hawkeye plane crashes ...