A Sydney underworld figure was in bed with a woman he 'may have been having an affair with' when assassins burst into his unit and executed him in a hail of bullets, a court has heard.

Kemel 'Blackie' Barakat, 29, was murdered by masked assailants as he allegedly slept alongside Fatima Hage at his unit in Mortlake, in the city's south, about 2.30am on March 10, 2017.

His one-time friend, Ahmed Jaghbir, 31, is standing trial at the New South Wales Supreme Court charged with being an accessory before the fact to murder.

Jaghbir is accused of handing Barakat's killers a key to his unit block after recently helping 'Blackie' fix his front door, which police had smashed down.

Witness Ms Hage came under cross-examination during Jaghbir's trial on Tuesday where she was grilled over allegedly posting a Snapchat image of his body and denied opening the door for the killers.

And in a sordid twist, Jaghbir's defence lawyer, Gregory James QC, suggested Barakat was having an affair with her when he died. 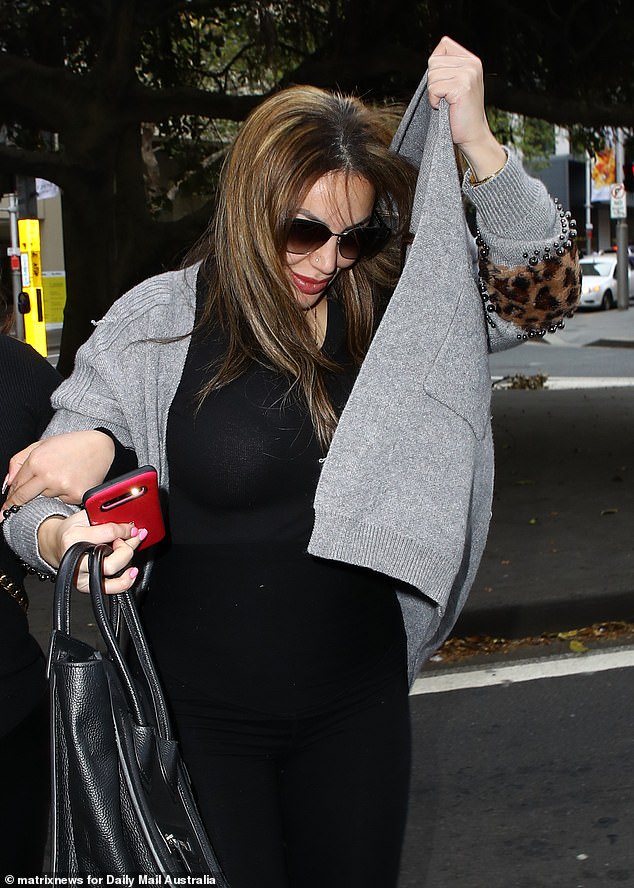 Fatima Hage may have been having an affair with Sydney crime figure Kemal 'Blackie' Barakat and was in his bed when he was allegedly killed in a hail of bullets, a court has heard 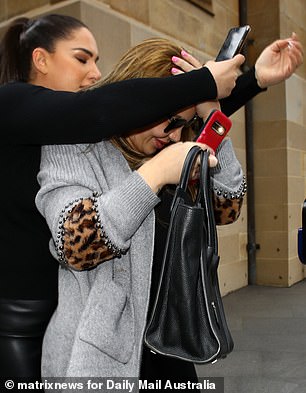 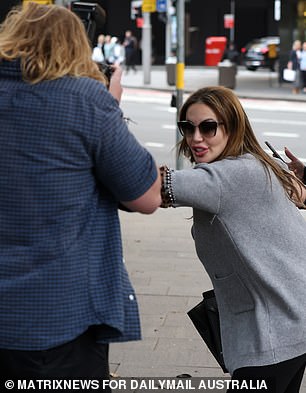 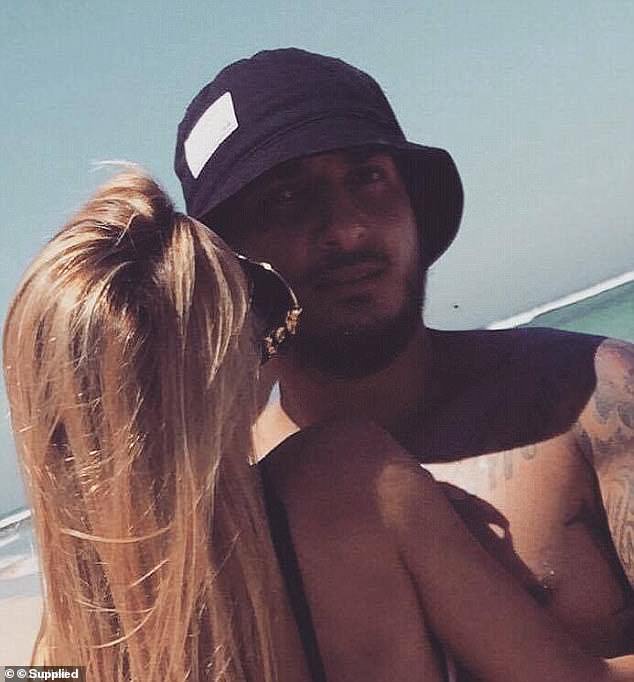 Slain Sydney crime figure Kemel 'Blackie' Barakat is pictured with his wife, who Daily Mail Australia has chosen not to name 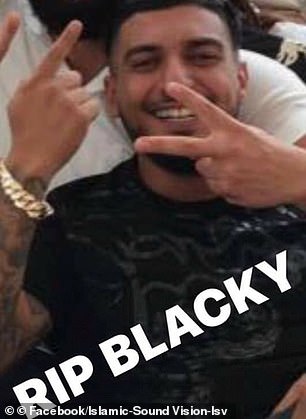 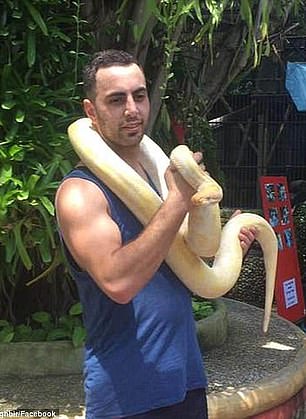 On left: Sydney crime figure Kemel Barakat prior to his death at home in the city's south in March 2017. On right: Ahmed Jaghbir, above, is standing trial accused of being an accessory before the fact to Barakat's slaying

Ms Hage allegedly told her close friend Candice Charyoub after the shooting that she was worried 'the boys' would be angry at her, the court heard.

Mr James asked Ms Hage if she was worried they would be angry because 'you might have been having an affair with Mr Barakat?'

In evidence this week, Ms Hage claimed in court that she was asleep in bed with Barakat at the time of his killing.

She claimed she woke up to a group of men shouting in Mr Barakat's unit before he was gunned down next to her.

CCTV footage tendered as evidence showed a group of men entering Barakat's apartment building through a rear fire door, gaining entry to his