Teenage Covid-19 patient 'is raped by paramedic while being taken to hospital' in India V Noufal, 29, took off his PPE before attacking her in Kerala at 10pm on Saturday The driver was taking her to Firstline Covid Treatment Centre in Pandalam She reported the attack to hospital staff and he was arrested on Sunday morning

A 19-year-old girl was allegedly raped by an ambulance driver on her way to hospital after she tested positive for Covid-19.

She is said to have been attacked by the man known as V Noufal, 29, in the Pathanamthitta district of Kerala, India, on Saturday night.

Noufal was arrested on Sunday and police said he had not obtained the mandatory clearance certificate before joining as a driver.

The driver is believed to be a habitual offender with several criminal cases against him. 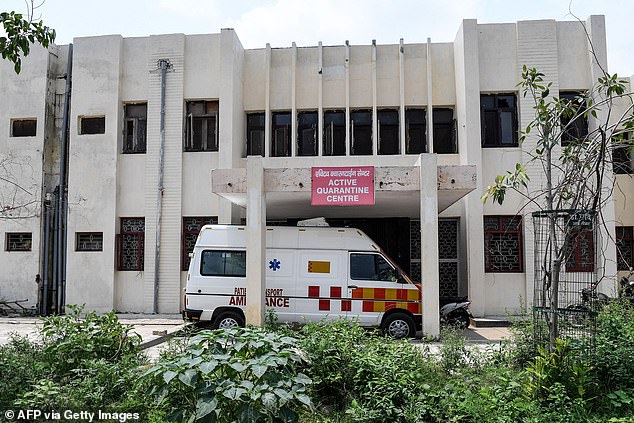 A 19-year-old girl is said to have been raped by an ambulance driver known as V Noufal, 29, on her way to on the way to Firstline Covid Treatment Centre in Pandalam (pictured) in the Pathanamthitta district of Kerala, India

He picked up the victim as well as a 42-year-old woman at Adoor government general hospital after they tested positive for coronavirus.

After dropping off the older woman, from Adoor, at a Covid centre in Aranmula, the driver drove the victim to Firstline Covid Treatment Centre in Pandalam.

The Bangalore Mirror reports the driver took her to a secluded area en route, removed his PPE and raped the girl at around 10pm.

He reportedly apologised for the attack before threatening her not to tell anyone and dropping her off the hospital. 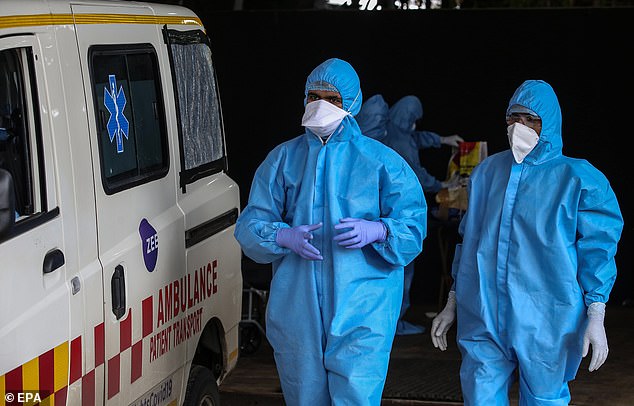 PREV A tourist who took sand from a beach in Italy has been fined more than $1,000
NEXT Four Navy aircrew parachute to safety moments before E-2C Hawkeye plane crashes ...