British troops heading home after six months get held up in Estonia... after their plane is handed over to Defence Secretary Ben Wallace Ben Wallace was scheduled to fly to the Middle East but his plane broke down  He was then given an aircraft meant to fly 200 Fusiliers to RAF Brize Norton  The troops got home on Tuesday -  a day later than previously planned   Mr Wallace was not made aware of the original plans for the plane and defence sources said he would have prioritised the troops had he known

Hundreds of British troops heading home after six months in Estonia were delayed – when their plane was handed over to the Defence Secretary.

Ben Wallace was scheduled to fly to the Middle East this week but his £150million RAF Voyager air transporter broke down.

He was then given a plane meant to fly 200 Fusiliers to RAF Brize Norton in Oxfordshire after their peace-keeping tour of Estonia. 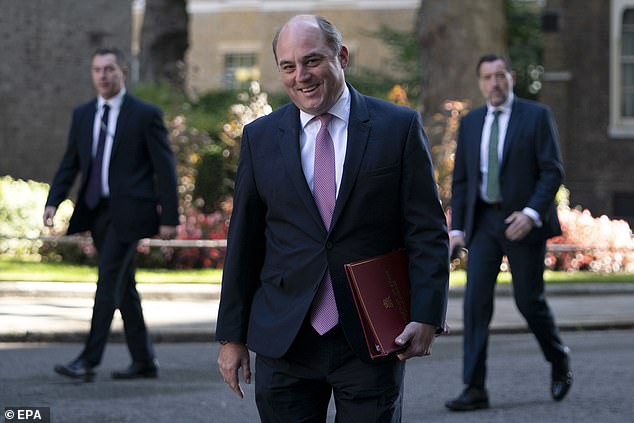 It meant that the troops got home on Tuesday, a day later than planned, with