A 19-year-old student, who threw house party for 50 people that saw him fined £10,000, has apologised after claiming he 'only' invited 25 people but things 'got out of hand'.

The teenage host had become 'hostile' when council community protection officers were called to the house in Harlaxton Drive in Lenton, Nottingham, at around 7pm on Friday.

Police were called a short time later and found around 50 people at the address, which is close to the university, who were all ordered to leave.

Officers claim the young man was given the chance to shut down Friday's party before he was issued with the hefty fine.

He has since apologised for his actions but refused to say whether he will pay or appeal the fine, or who will end up picking up the tab, if the appeal is unsuccessful.

The fine comes just days before new rules come in force whereby only six people can meet at any one time. 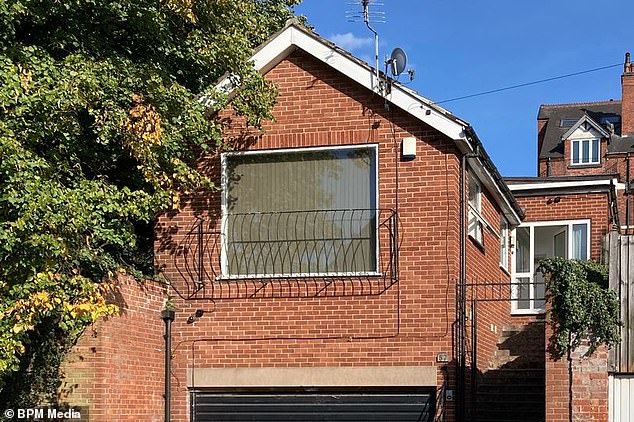 The teenage host had become 'hostile' when council community protection officers were called to the house (pictured) in Harlaxton Drive in Lenton, Nottingham, at around 7pm on Friday

There are currently six students living at the property who did not wish to be identified.

But, speaking after the incident, one said: 'It was meant to be a small gathering with mates and it got out of hand.

'We had invited 25 people and it was out in the garden and aimed to end at 11pm and we were trying to social distance but then people invited their mates and so on.

'It got out of hand and we are really sorry.'

Police said if he fails to pay or contests the fine he will appear before a court.

Assistant chief constable Steve Cooper from Nottinghamshire Police said officers were prepared to use 'the full weight of the law' to prevent the spread of Covid-19 across the city and county.

He added: 'We need to all remember we are very much still in the middle of a global pandemic and we all need to take responsibility for our actions.

'This party was a clear example of a householder who deliberately flouted the rules without a care for anyone else and as a result we have used the full powers we have to deal with this. 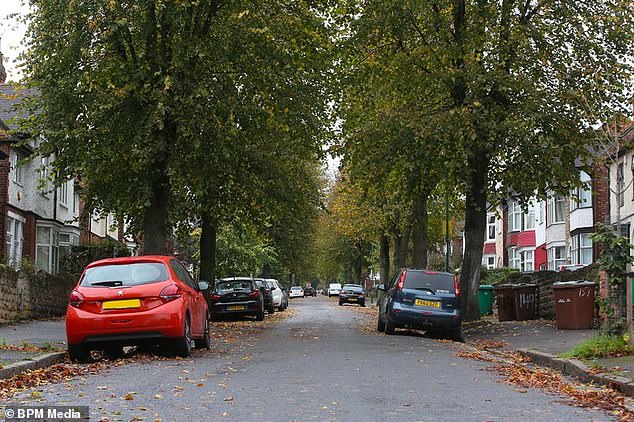 Police were called a short time later and found around 50 people at the address, which is close to the university, who were all ordered to leave (Harlaxton Drive pictured)

'Under current rules we can issue fines to anyone hosting gatherings of more than 30 people which can result in fines of up to £10,000.

'And now we are on the eve of rules becoming even tighter so there can be gatherings of no more than six.'

Amy English, council neighbourhood policing inspector for City Central, added: 'Residents have had fair warning that we won't tolerate people flouting the laws and regulations around the Coronavirus restrictions must be