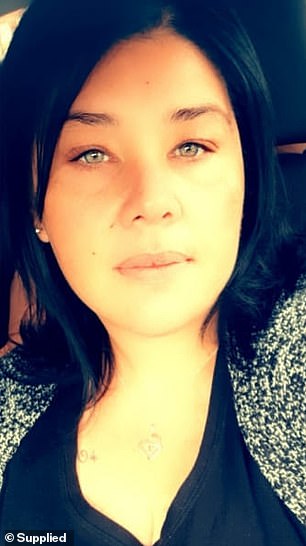 The ex-wife of a terminally ill father who is desperate to say his last goodbyes to their four kids says she doesn't want the $231,000 raised to send them to Queensland.

Mark Keans, 39, from Brisbane, who is not expected to live past Christmas, was initially told only one of his children would be allowed to fly to Queensland to visit him due to the state's border closure.

Following intense public scrutiny, Queensland Health officials relented and said the children would be allowed to visit him under the proviso they first spend 14 days in a quarantine hotel and foot the $16,000 bill.

Within hours, thousands of outraged Australians raised more than $230,000 - including $1,000 from Prime Minister Scott Morrison - through GoFundMe.

But the children's mother and Mr Keans' ex-partner, Kylie Green, said she never asked for the money and wants it all returned to the donors.

'I will pay my own way to take them up there if they want to go. The money shouldn’t go to us because there’s so many more people out there who need the help,' she told Daily Mail Australia, while thanking the donors for the generosity. 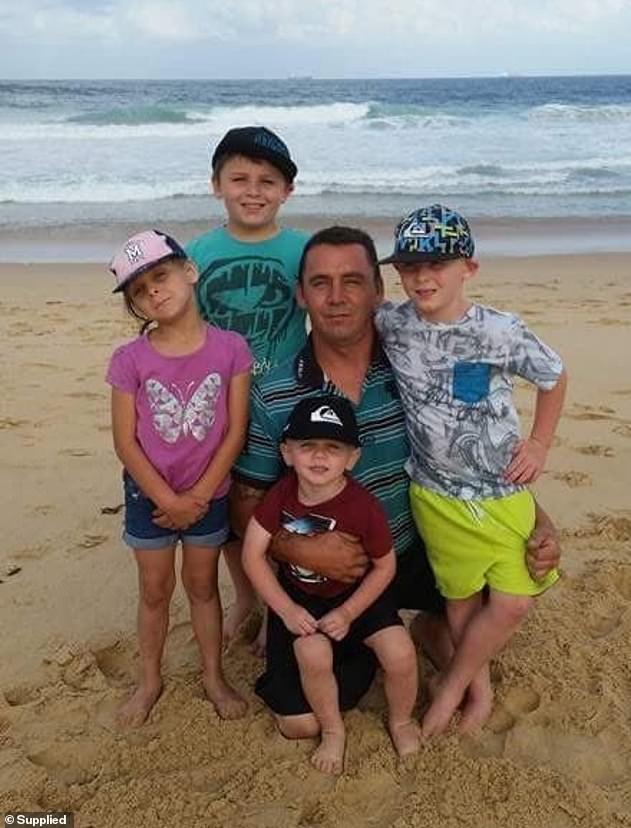 Mr Keans was diagnosed a month ago with an inoperable cancer and is not expected to live until Christmas. Earlier, his family were told only one of his children would be given permission to cross into Queensland to see him in his final moments 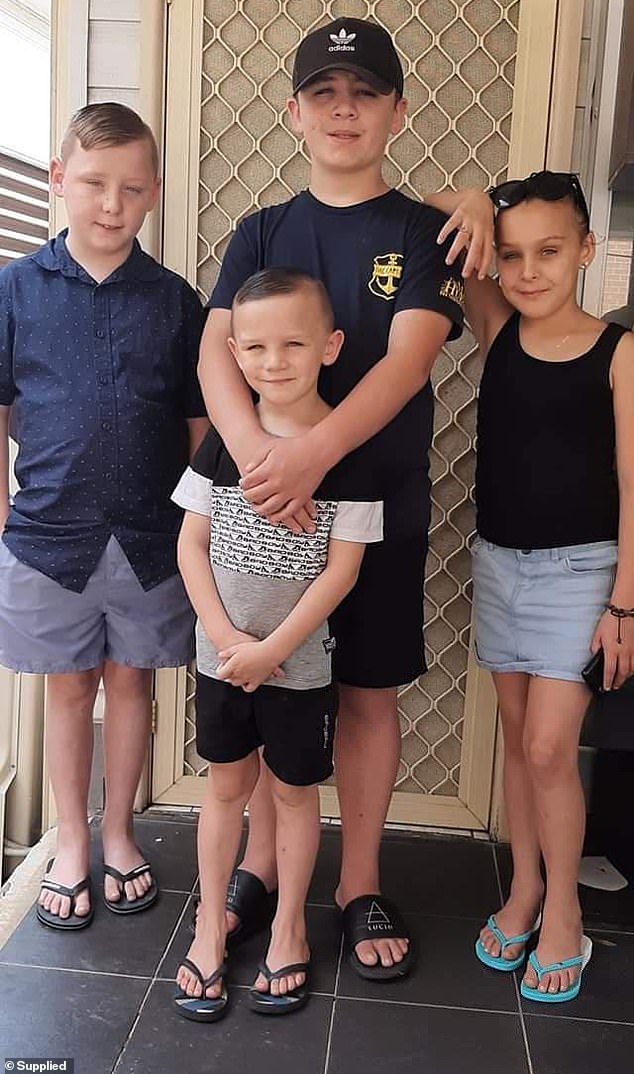 Pictured: Mr Keans' four children. Queensland's quarantine fees are $4,620 for two adults and two children. Getting all 11 members of the father's family across the border was financially beyond them

Ms Green, who said her 10-year relationship with Mr Kean was 'complicated', admits she holds concerns about her children seeing their father.

She also said this was the first time she can recall her ex-husband expressing any interest in seeing his kids since their June 2016 breakup.

'His last words to them were "daddy will be back to see you on the weekend",' Ms Green said through tears.

'Mark told them mummy and daddy couldn't be together anymore and they helped him pack up the car - then he just drove away.'

Ms Green said she raised Noah 13, Caitlyn 11, Caleb 11, and Isaac, 7, by herself after Mr Keans moved to Queensland.

Ms Green's brothers tried to step up and be father figures, but Noah in particular was shaken when one of them took his own life last year.

Ms Green is hunting for a child psychologist to