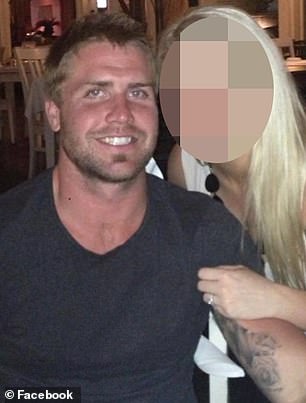 Victoria Police has suspended a senior constable involved in a horrific incident where a tradesman was stomped on the head and rammed by a police car in a 'barbaric arrest'.

Police confirmed the officer has been suspended with pay as Timothy Atkins, 32, remains in an induced coma following the incident at Epping, in Melbourne's north, on Sunday.

It comes as Mr Atkins' wife reveals authorities left her in the dark about the violent incident until she saw video of it on social media and the family demands an independent investigation.

The 'gentle giant' tradesman had been seeking psychiatric treatment at the Northern Hospital but left after his family said he waited more than a day for a bed.

That led doctors to call police who attempted to arrest him in dramatic scenes in front of shocked eyewitnesses after 4pm.

Bystanders Jake Edwards and his partner George Michael filmed the incident from their car, with their footage of the stomping incident going viral.

Mr Edwards said the wife had allowed them to tell media on her behalf that he is a loving dad.

'She was not notified by the hospital until 10pm at night, and as of (Monday afternoon) still hasn't been contacted by Victoria Police,' Mr Edwards claimed to Daily Mail Australia. 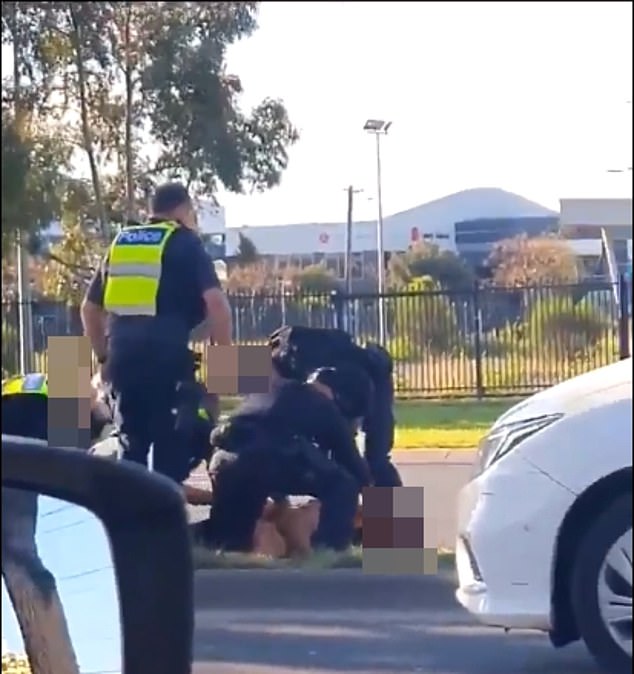 The tradesman remains in an induced coma after video appeared to show him being kicked in the head during a brutal arrest after 4pm on Sunday in Epping, Victoria 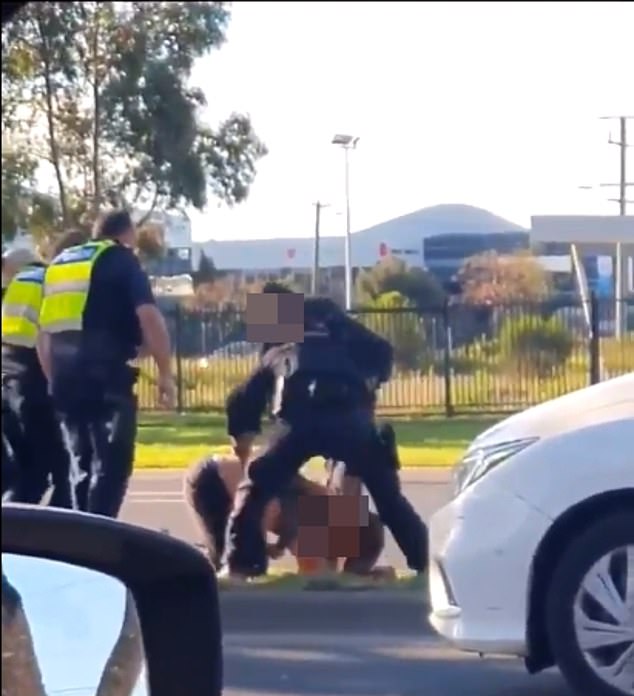 Mr Atkins' wife told Seven News she first learned about the incident after seeing the violent video on social media - rather than from police - and has lodged a formal complaint about the arrest.

The family's lawyer Jeremy King, an expert in police misconduct, said on Tuesday that the officer allegedly involved should be stood down, adding the clan were 'devastated' by the incident.

'Given the nature of that conduct, I think it would be appropriate for the police officer to be stood down while independently investigated,' Mr King told the Today Show.

Victoria Police has announced a senior constable has been suspended over the incident and its internal Professional Standards Command is investigating.

'The member has been suspended with pay,' a spokeswoman said.

Witness Mr Edwards described what he and his partner saw