Kanye West revealed the giant wall he is constructing around his Los Angeles mansion as he continued his Twitter feud with music label Universal and Sony by claiming 'slavery is a choice'.

The rapper, 43, shared a short video of the wall, showing off a renovated garden with planters and trees lined up to be put in the earth.

The walls are similar to the ones placed around his Wyoming ranch, where the Grammy-award winner stayed during recent troubles with wife Kim Kardashian.

He continued the Twitter rant into the night as he also revealed he wanted to start  a Yeezy Christian Academy and that he's still waiting for Drake to call him after asking for an apology the night before. 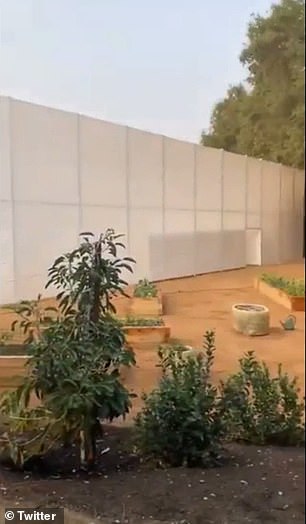 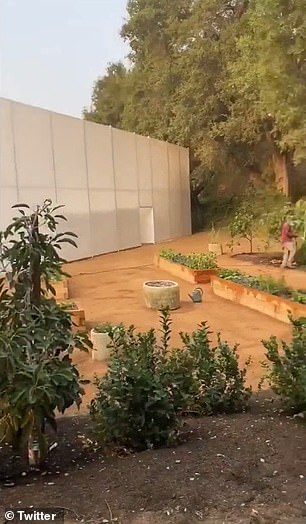 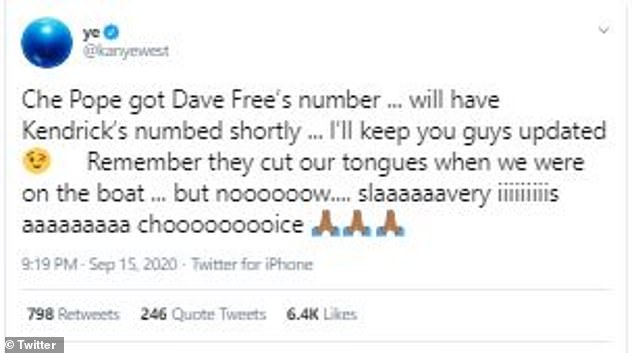 'It's a good start,' West said as he posted the video featuring a female friend.

'This is fresh man! Grow your own foods, fruits…' the woman says.

The white walls appeared to surround two separate buildings in the complex.

The video came shortly after West posted an image of a mock-up for promotional material for a christian academy that he said would be built on faith, music, collaboration, communication and creativity.

He then returned to his ongoing attempts to contact rappers who he believes should be supporting his quest for a new music contract.

'In the streaming world master ownership is everything... that is the bulk of the income ... in COVID artist need our masters ... it's more important than ever before I got J Cole number waiting for Kendrick and Drake,' he wrote.

'Che Pope got Dave Free's number ... will have Kendrick's number shortly ... I'll keep you guys updated. Remember they cut our tongues when we were on the boat ... but noooooow.... slaaaaaavery iiiiiiiiis aaaaaaaaa chooooooooice,' he added, revisiting the controversial statement he first made in during a 'serious episode' with his bipolar disorder in 2018.

He later apologized for the remarks but appeared to take it back again Tuesday as he continued by asking for 'an army of angels to cover me while I pull this sword out of the stone'.

'I need everyone's prayers ... I promise we will be free and own our masters but we must be faithful to God this time,' West added.

'No more killing each other. No more threatening to take each other's girls and wives ... let's show the world how great we truly are. We are God's chosen people. 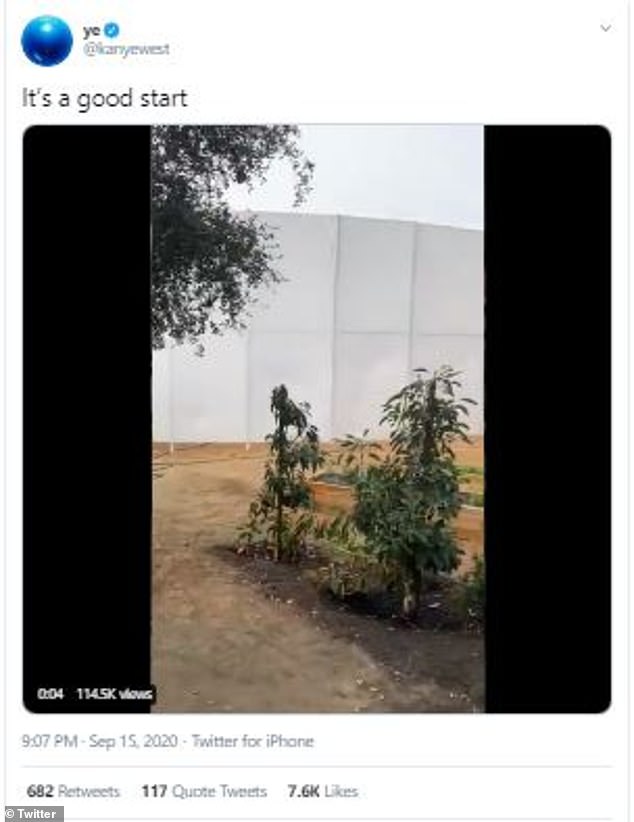 'It's a good start,' West said as he posted the video featuring a female friend 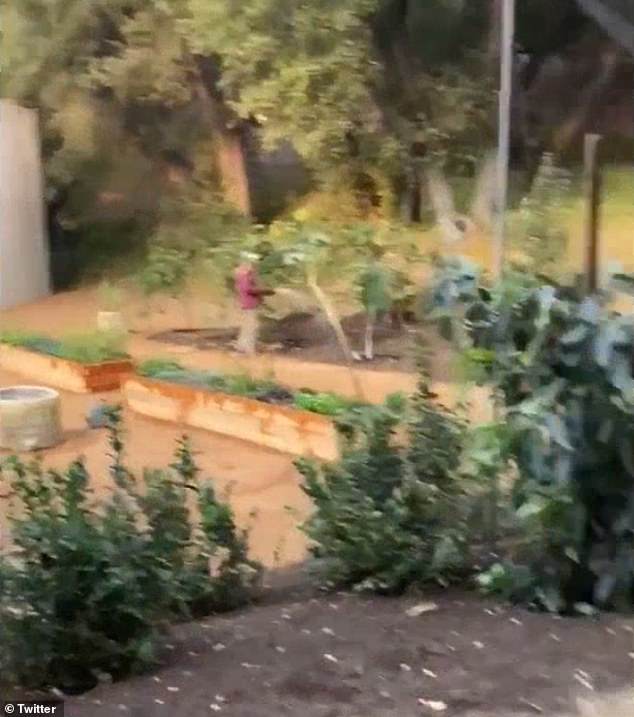 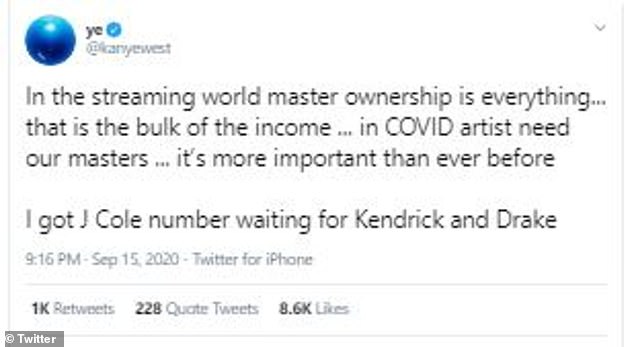 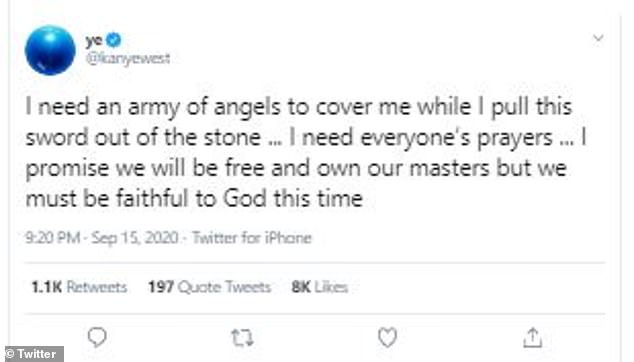 'I don't wanna see no woke tweets or hear no woke raps ... it's show time ... it's a whole different energy right now.'

Earlier on Tuesday, West shared a text conversation on Twitter about possibly taking legal action against Universal and Sony just hours after he announced that he would not make any more music until his contract ends.

'I'm not putting no more music out till I'm done with my contract with Sony and Universal ... On God ... in Jesus name ... come and get me,' West tweeted Monday night. 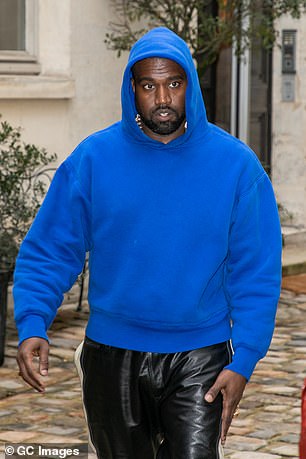 'I need to see everybody's contracts at Universal and Sony I'm not gonna watch my people be enslaved I'm putting my life on the line for my people The music industry and the NBA are modern day slave ships I'm the new Moses,' West added.

Apparently neither of the companies had responded to West's tweets, which prompted him to share the text conversation between himself and someone who appears to be a lawyer.

'No one from Universal or Sony has responded so it's Go time,' West wrote Tuesday morning.

In the actual text conversation, the individual who could be a lawyer writes: 'Meaning that we can argue that Universal and Sony have not supported you fully. And that as a result they have breached. This is the