The horrific summer bushfire season saw 81 per cent of the koala population killed in New South Wales alone and left an estimated three billion animals killed or displaced across Australia.

The NSW Government has since committed $44.7million, the largest financial commitment ever conducted by the state, to help the koalas after a damning parliamentary inquiry released earlier in June found that koalas are likely to be extinct by 2050 if there is not government intervention to help the marsupials. 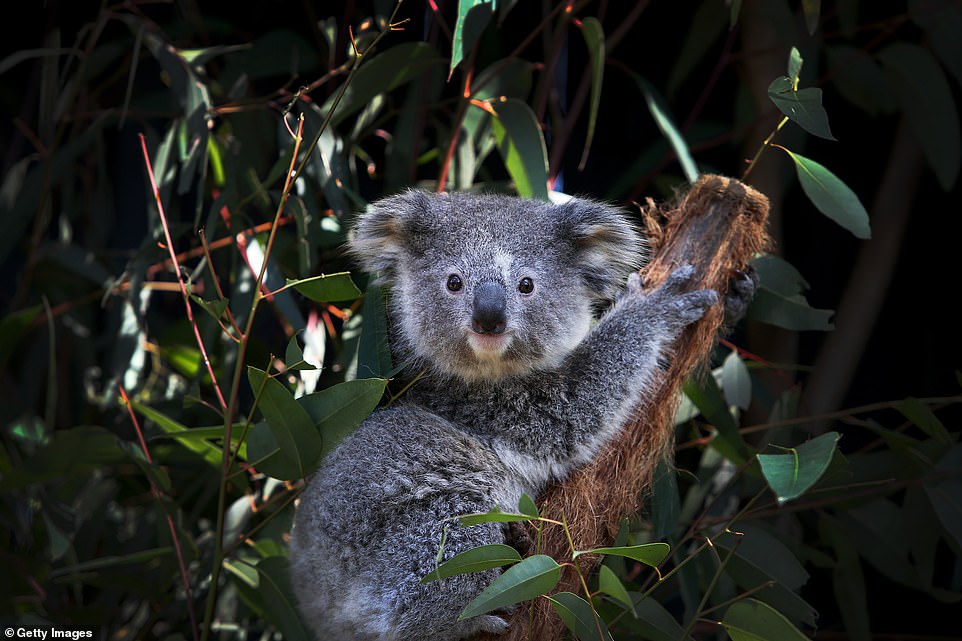 A young female koala fondly named Ash is seen sitting on a Eucalyptus branch following a general health check at the Australian Reptile Park on August 27, 2020 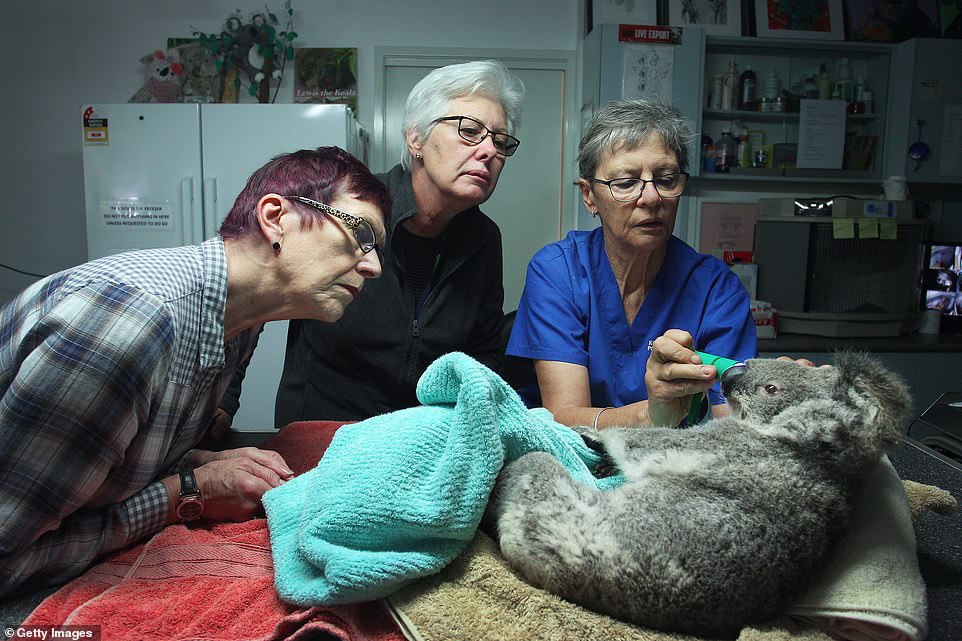 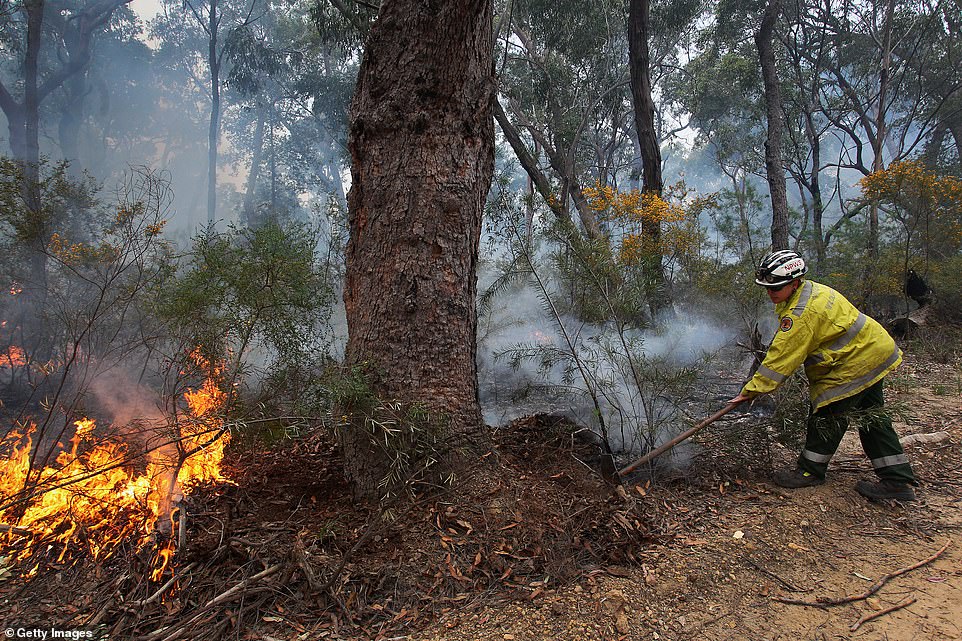 Bek Shephard, a Field Officer with NSW National Parks and Wildlife Service in Dubbo, monitors a hazard reduction burn at Bowen Mountain a known koala habitat on September 04, 2020 in Sydney 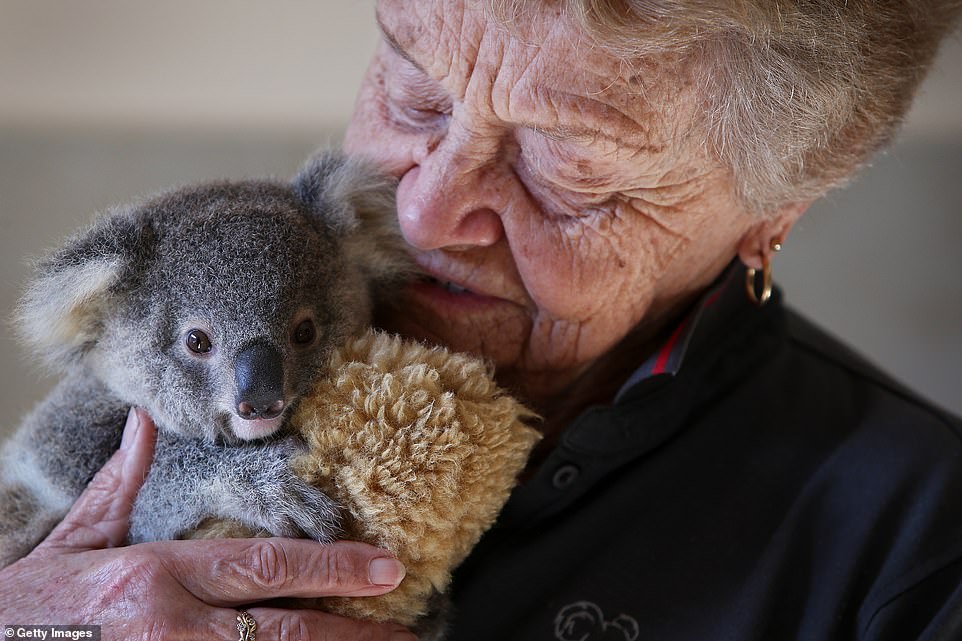 Vets and animal activists have taken it upon themselves to help the endangered species who suffered a devastating loss due to the wildfires and other accidents which see them become orphaned.

Incredible images show the volunteers and working weighing koalas, feeding them, checking on their injuries as they work hard to protect the species and strengthen them.

Their extraordinary volunteers care for the beloved Australian marsupial to ensure they are recovered and able to go back into the wild. 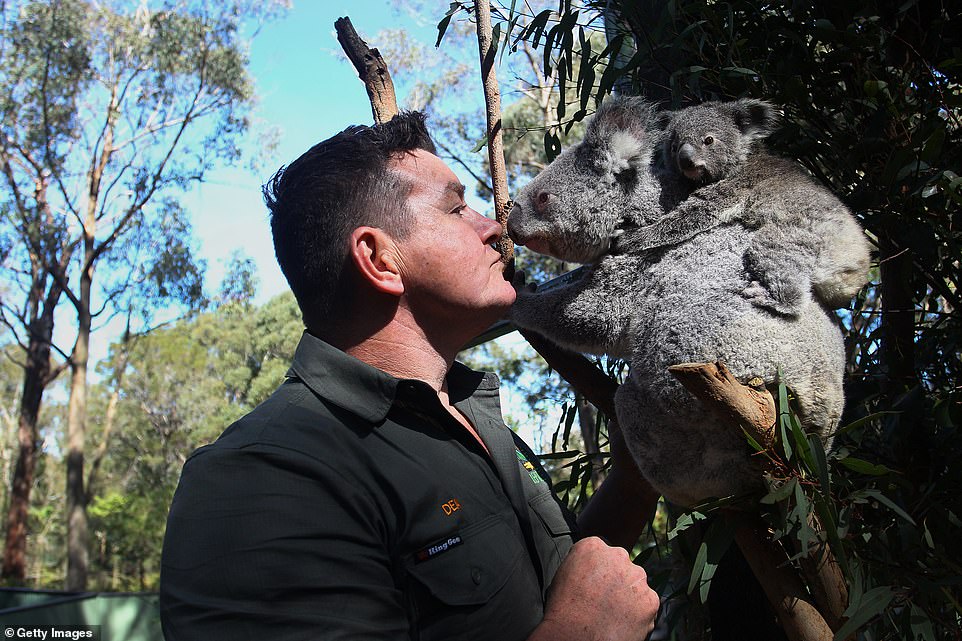 Dean Reid, Head Mammal and Bird Keeper at the Australian Reptile Park is greeted by a female koala fondly named Pirri along with her joey Prim during a general health check 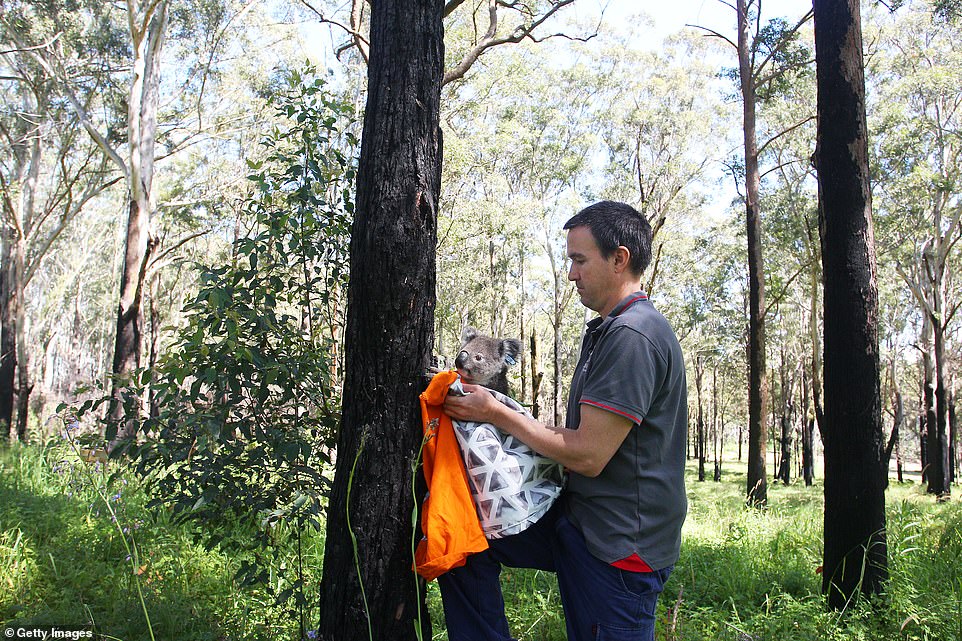 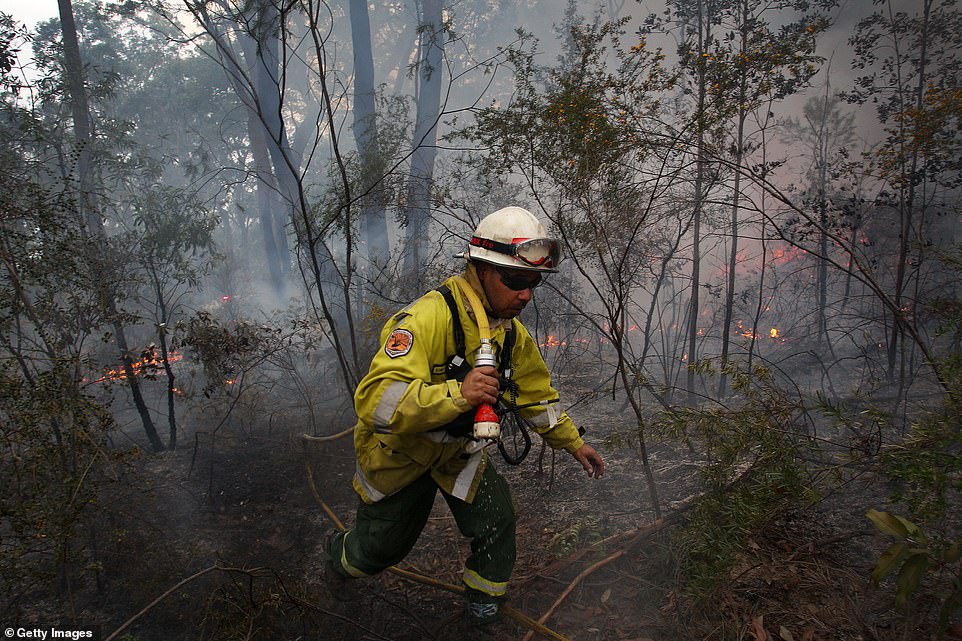 Sonny Cromelin a Field Officer with NSW National Parks and Wildlife Service in Dubbo monitors a hazard reduction burn at Bowen Mountain a known koala habitat on September 04, 2020 in Sydney 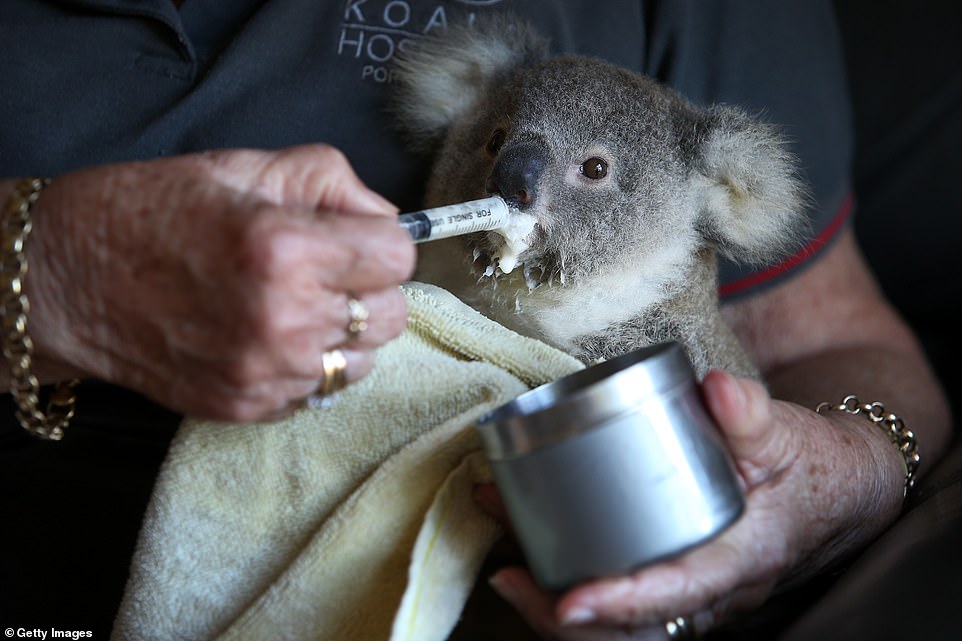 RT @hellojamesweir: Only if you have some spare, Locky