The 'silent' third wave: Grim warning Australia could see an 'explosion' of Parkinson's disease - as scientists probe links to COVID-19 COVID-19 survivors may be at a higher risk of developing neurological illnesses A new study has found the long-term effects of COVID-19 is brain inflammation The inflammation can act as a trigger for later developing Parkinson's disease Not all survivors will develop the disease, but it too early to know how many will Researchers are creating Parkinson's screening tests for early intervention

A 'silent wave' of neurological illnesses could sweep Australia in years to come as brain damage caused by coronavirus may lead to other diseases, scientists say.

New research into the long-term effects of COVID-19 published on Wednesday has found survivors may have an increased risk of developing Parkinson's disease.

The virus creates inflammation on the brain which can act as a trigger for the onset of more serious conditions.

'Parkinson's disease is a complex illness, but one of the causes is inflammation, and the virus helps to drive that inflammation,' Kevin Barnham from the Florey Institute of Neuroscience and Mental Health told the ABC. 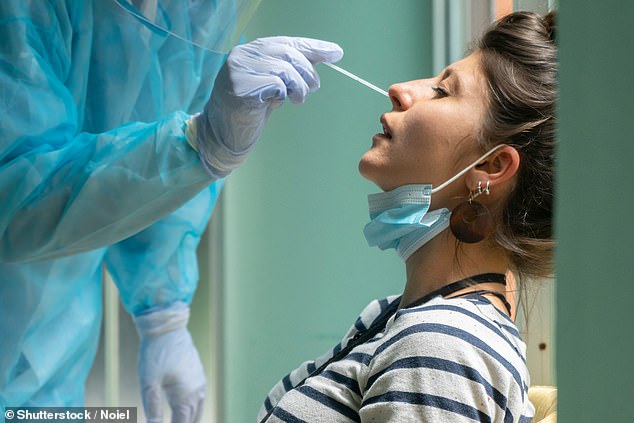 'Once the inflammation gets into the brain, it starts a cascade of events which can ultimately lead to Parkinson's disease.'

The ramifications described were witnessed after the 1918 Spanish Flu pandemic, with Parkinson's disease cases tripling five years after the outbreak.

The study, published in the Journal of Parkinson's Disease, proposes a 'two-hit'