Just outside the entrance to Disney World sit dozens of motels along Florida's Highway 192.

But the people who stay are not tourists visiting Orlando's famous theme parks, but homeless people who have found they have no place else to go.

Disney closed Walt Disney World, its flagship theme park resort because of the global pandemic on March 16th and has recently opened with only fraction of the daily visitors allowed.

But the lack of tourists to the area is having a detrimental effect on those who relied on the Disney dollars providing safe and stable jobs for locals. 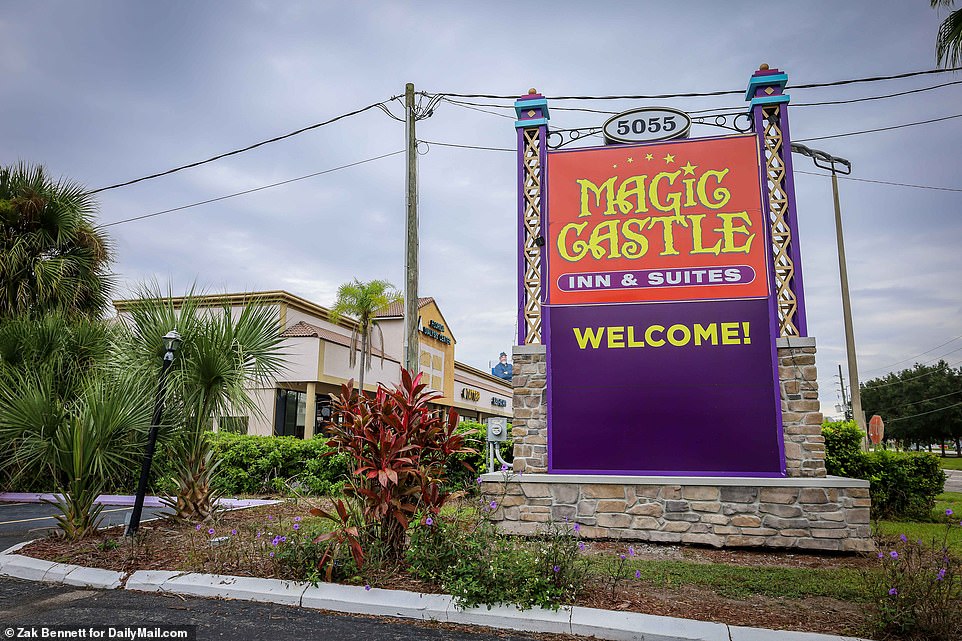 The Magic Castle Inn and Suites in Kissimmee, Florida was the set for Sean Baker's gritty movie The Florida Project, which told of the day-to-day struggles of two residents of motel 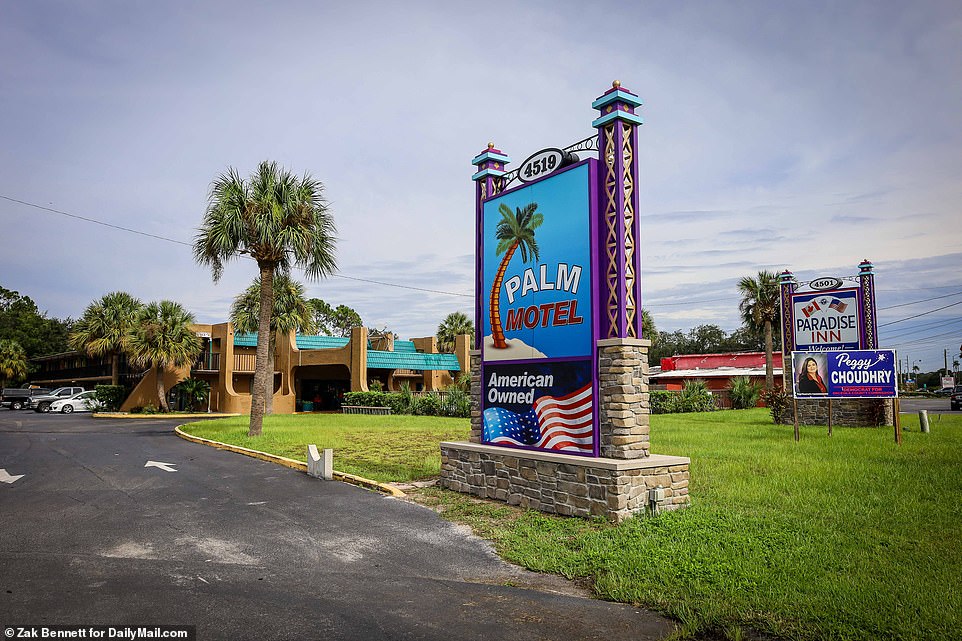 The motels sit along Florida's Highway 192, which is the roadway to Disney World. The have become shelters of last resort in Kissimmee, where there is a low-income housing shortage 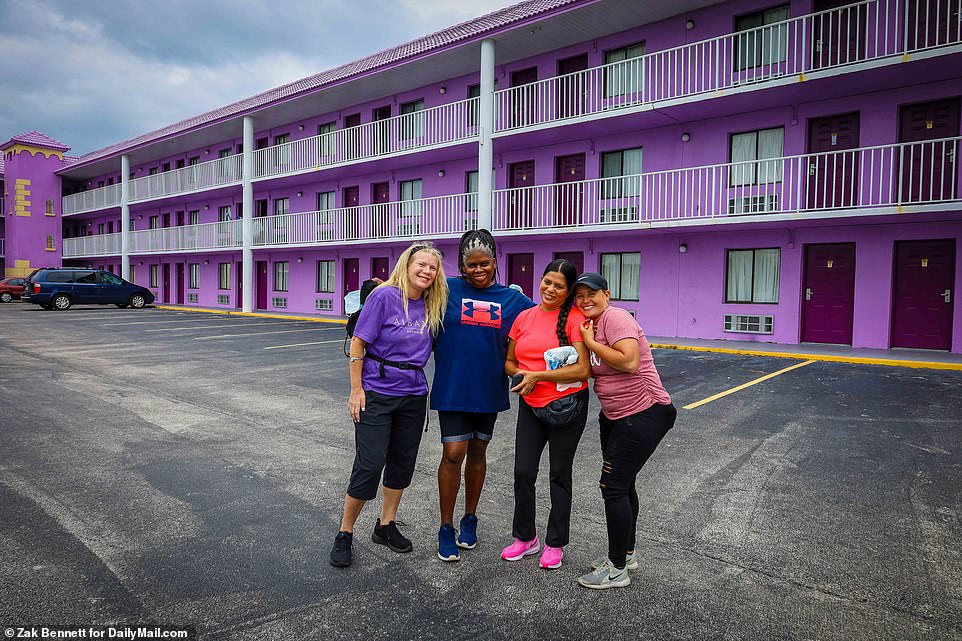 Kissimmee does not have a single operating homeless shelter, so many people without resources end up in cheap motels 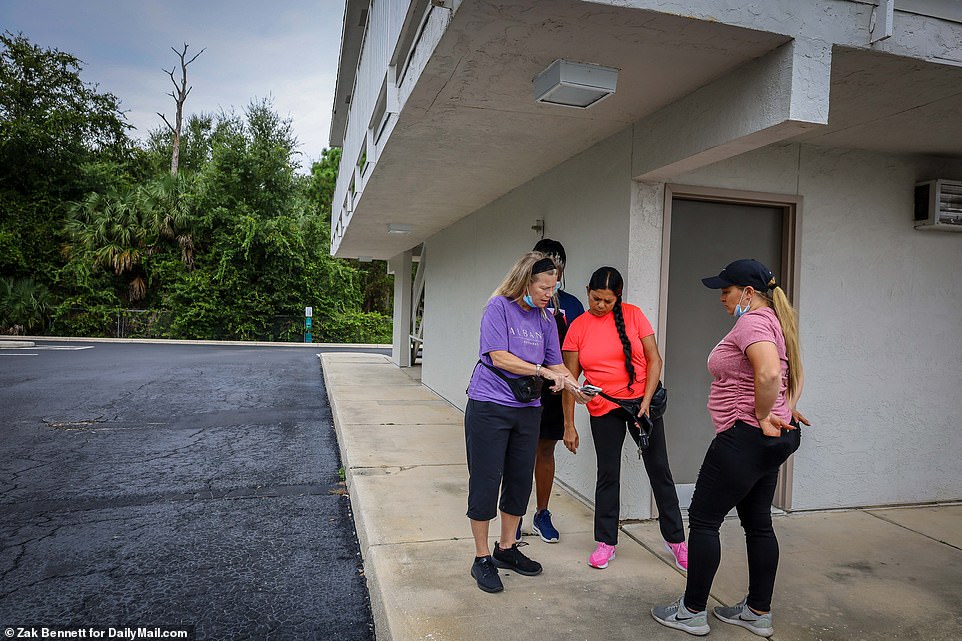 Barbie Austria, in red, director of the Kissimmee Poinciana Homeless Outreach, along with other volunteers delivers meals to homeless guests at a Studio 6 Motel in Kissimmee 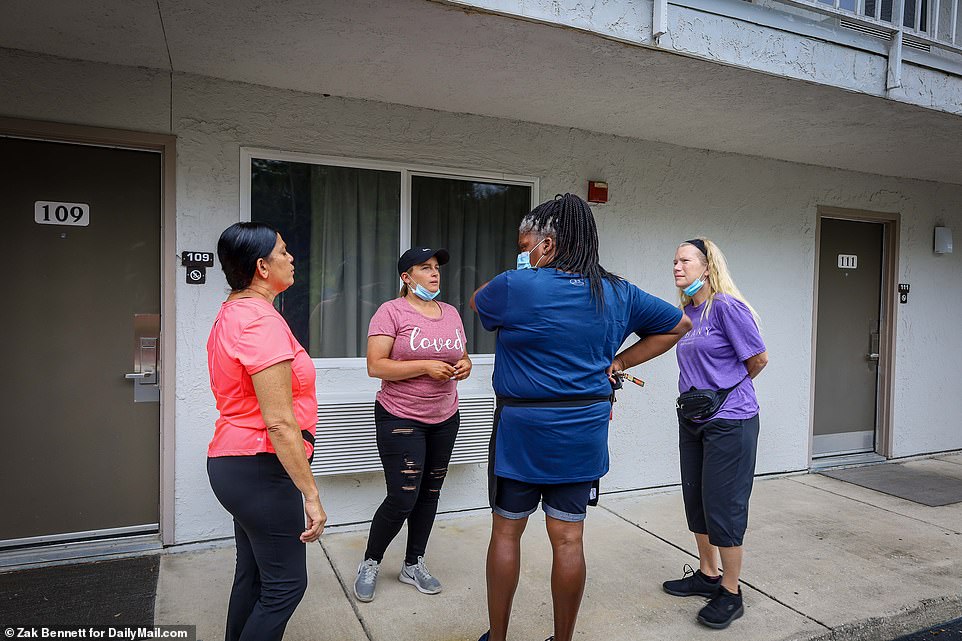 Barbie Austria, far left, is the director of the Kissimmee Poinciana Homeless Outreach. She is working tirelessly and without pay to help place homeless families in motels across Kissimmee. She says the pandemic has created an unprecedented need in the community

After losing their jobs, it appears hundreds were forced to leave their homes. Dozens are now living in inexpensive motels for two weeks at a time while they try and work out what their next move should be, and hoping against hope that some form of normality might soon return.

The motels recently introduced a two-week maximum rules so that people could not stay more than 14 days and claim residency which would then require the owners to obtain an eviction order to force them to leave.

Photographer Zak Bennet visited some of the families living in the 'decrepit' motels.

'It's a really sad scene there. There's not a single shelter in the city, so locals without resources end up in motels along the highway leading to Disney. Some people call it the "roadway to dreams"', he told DailyMail.com.

'It was a complete shock walking into some of these motels. It felt like a third world country and it was hard to believe witnessing people's struggles like this.

'Most of the people I met lost their work during COVID. They had mostly regular lives before it struck. For many people, Orlando has simply shut down.' 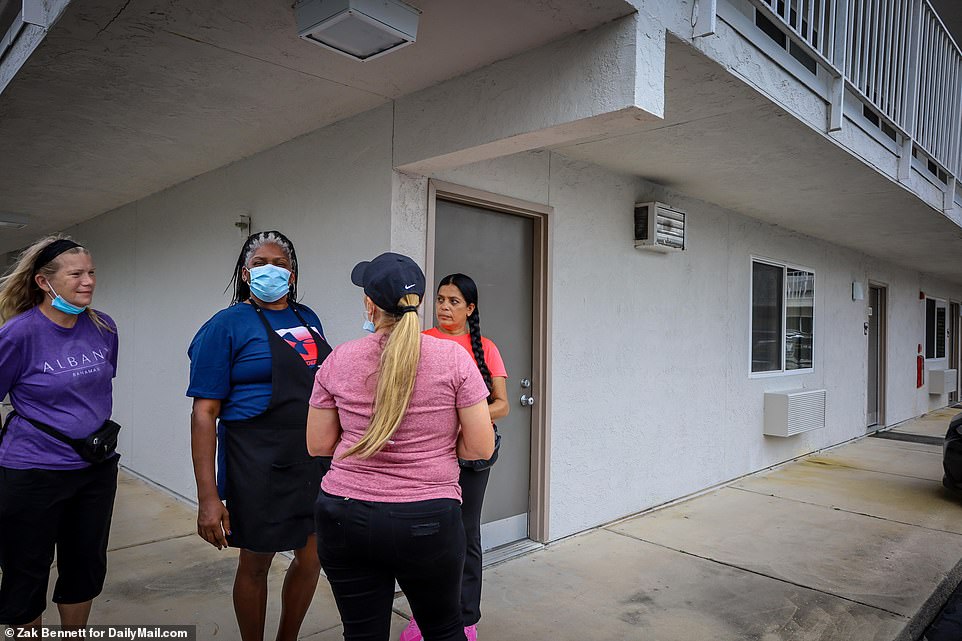 Austria, in red t-shirt,  runs a charity, Homeless Ministry Partnering with Poinciana Church. She says The Palm Motel is one of many deteriorating hotels on the roadway just outside Disney World where now many tourism industry workers are now living

PREV COVID vaccine and trials at risk as Philadelphia health tech firm hit by ...
NEXT Selfie and Facebook posts lead to arrest of Boogaloo Bois member in Texas, feds say