The night after Rosie Jacobs was dumped by her latest boyfriend she sent him an email demanding he return the key to her apartment so she could give it to another man.

The former wife of TV weatherman Steve Jacobs told retired AFL player Matt Shir she would need her key back because 'Dylan' was coming down from Brisbane to stay with her in Sydney.

After her split from Jacobs and before her relationship with Shir, Rosie had been seeing onetime Canadian commando Dylan Nash, who she met in Vanuatu.

The existence of the email referring to Dylan emerged on Thursday in Downing Centre Local Court where Shir was being sentenced for assaulting Jacobs. 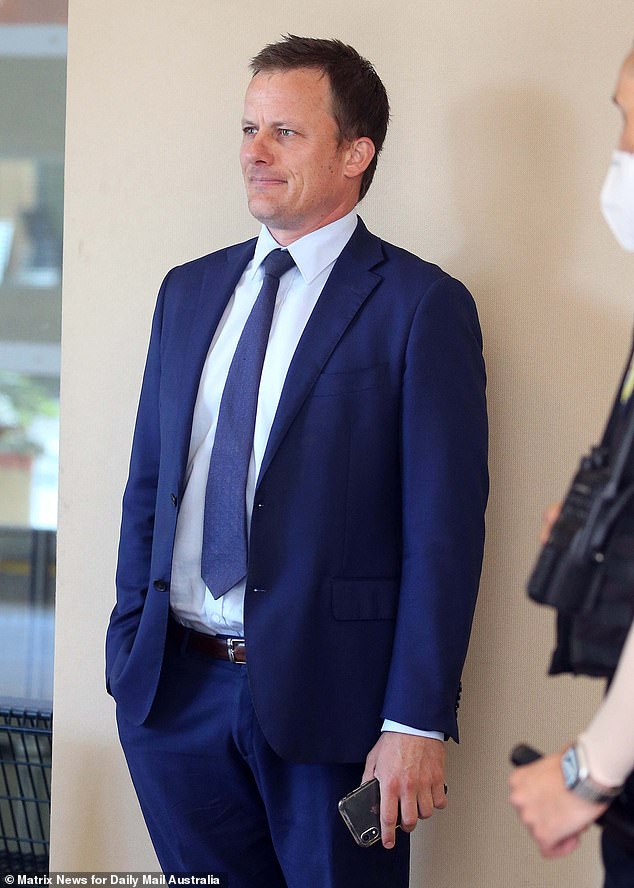 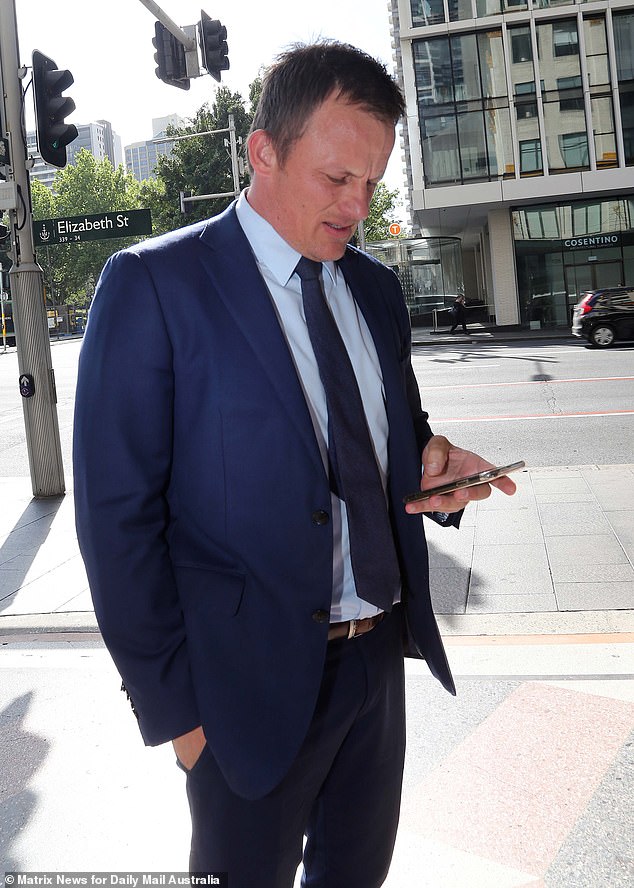 Among material tendered on Shir's behalf was a reference from Steve Jacobs.

Rosie and Shir broke up on January 9 this year after a tumultuous relationship which included allegations of infidelity and alcohol abuse.

The next day at 6.41pm Rosie sent an email to Shir stating: 'Please be advised that I want my house key returned to me immediately.' A second email arrived at 6.42pm.

Deputy Chief Magistrate Michael Allen said the second email had not formed part of the police case against Shir but was relevant to his case.

'Unbeknown to the court until today, one minute after that email was sent she sent another email referring to a person called Dylan that was gong to stay with her,' Mr Allen said.

Laura Crase, for the Director of Public Prosecutions, said: 'That may have been upsetting to the offender.'

The second email emerged as Shir's solicitor Greg Goold attempted to tender an affidavit written by his client which explained the nature of his relationship with Jacobs.

The court heard the affidavit included allegations about Jacobs' mental state, her use of alcohol and 'self-destructive' behaviour.

Ms Crase said it was not disputed Jacobs had been admitted to a 'clinic' in 2019 but said she had been treated for anxiety and depression rather than for a drinking problem.

About six hours after receiving the emails Shir forced his way into Jacobs' home in Sydney's eastern suburbs.

Shir, who Jacobs called 'Ragnar' after legendary Viking hero Ragnar Lodbrok, told police he had gone to her apartment because he was concerned for her welfare after their split. 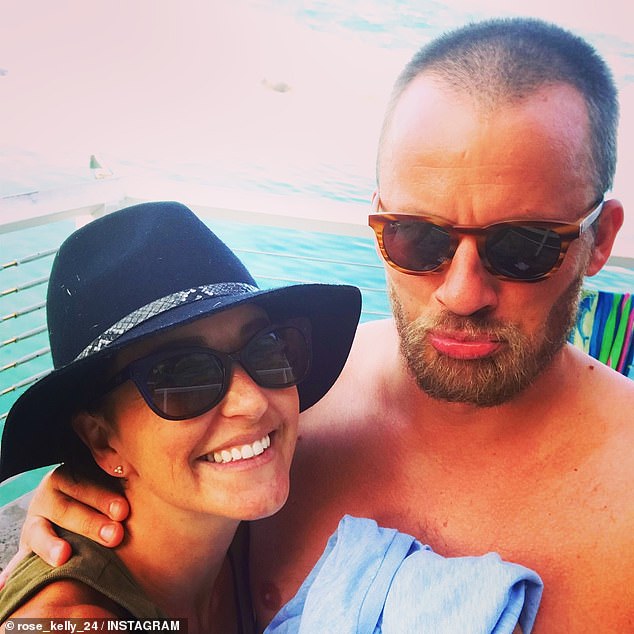 Rosie Jacobs was in a tumultuous relationship with former AFL footballer Matt Shir after her split with TV weatherman husband Steve Jacobs in 2018. Shir walked out on Jacobs in January and the next night when he came to her apartment she called police. The couple is pictured 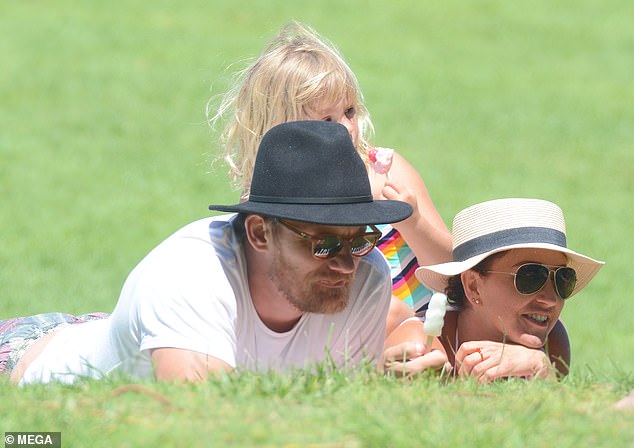 Jacobs hooked up with Shir months after her separation from husband Steve and the couple lived together in her apartment at Bronte. The relationship deteriorated in the second half of last year. The couple is pictured at Bronte on Christmas Day, 2018 with one of her daughters 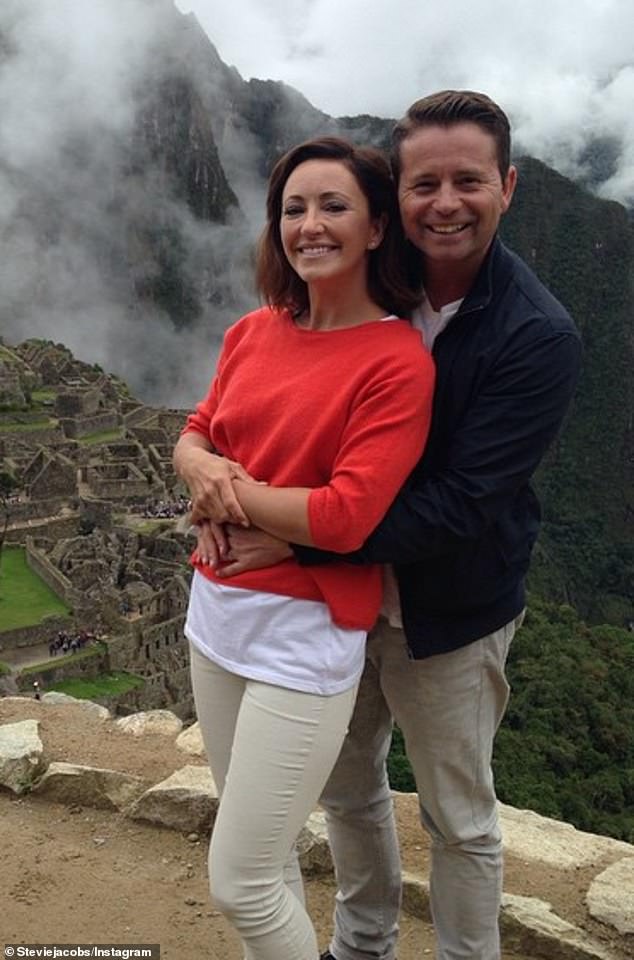 Rosie and Steve Jacobs met on the set of Today, where she was a producer, and married in Bali in May 2010. She announced their separation in March 2018. Rosie later described the marriage as 'unhappy'

Jacobs, who said she feared for her safety, claimed 39-year-old Shir later contacted her ex-husband and made 'a number of assertions' about her parenting skills.

Details of the couple's relationship were revealed when Shir pleaded guilty in September to assaulting Jacobs and damaging a fence outside her $1.56million home at Bronte.

'There were reciprocal allegations of the other's mental health state, alcohol addiction and infidelity,' a tendered statement of facts said.

'[Shir] was verbally abusive towards [Jacobs] and would sometimes call her "b**ch" or "c**t".'

Jacobs announced the split with her husband, with whom she has two daughters, in March 2018 and had a brief fling with Dylan Nash. 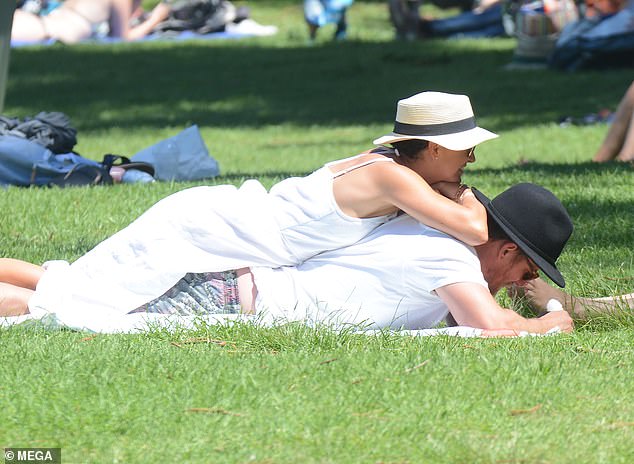 Shir, who Jacobs called 'Ragnar' after the Viking hero Ragnar Lodbrok, told police he had gone to her apartment on night in January because he was concerned for her welfare after their split. The couple is pictured at Bronte on Christmas Day in 2018 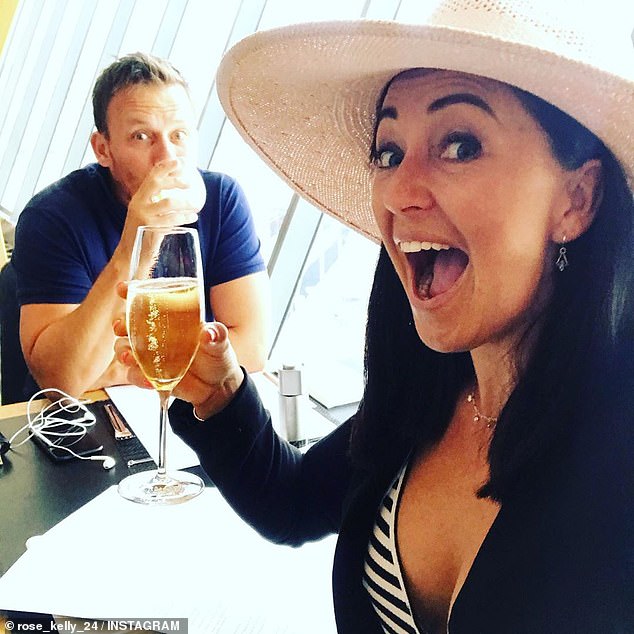 'There were reciprocal allegations of the other's mental health state, alcohol addiction and infidelity,' a statement of facts tendered to Downing Centre Local Court said. '[Shir] was verbally abusive towards [Jacobs] and would sometimes call her "b**ch" or "c**t"'

Shir was with Jacobs by October 2018 and moved into her apartment but their relationship deteriorated in the second half of last year.

While Shir had moved out of the flat by the middle of 2019 he still stayed over on occasion, usually coming in through the balcony, although he retained a house key.

One night late last year Shir entered the apartment via the balcony while Jacobs was in bed with her two daughters and not expecting a visitor.

Shir, who according to the statement of facts had been out drinking, cut his hand while climbing in and smeared blood on the walls.

On January 9, the pair 'officially' separated at Shir's suggestion and the next night Jacobs asked him to return the key to her apartment.

Later that night Jacobs got into bed with her phone after securing all entry points to the second floor flat, including locking and latching the front door.

Driving under the stars in the tunnel: NorthConnex to open in less than two ... mogaznewsen

Socceroos friendly against England at Wembley set to be scrapped mogaznewsen