In China if there is a rule, we follow the rule': Chinese London resident who was trapped in Wuhan during peak of pandemic says country was able to control virus quicker than UK because people are more obedient  Xi Lu, 31, ended up spending 141 days in Wuhan following a visit to see relatives  He was reunited with his wife in July when he could finally return to London  Six months ago Wuhan was subject to one of the world's strictest lockdowns  People could not leave their homes except to buy food and had to wear masks Despite mass movement of people, China has not reported another outbreak

A Chinese citizen living in London, who was trapped in Wuhan during the peak of the pandemic, believes China was able to get a quicker grip on the virus, because people are more obedient and 'follow the rules'.

Xi Lu, 31, spent 141 days in Wuhan after he was unable to return home following a visit to see family in the city.

His wife remained in the UK when he went abroad in January and he was eventually able to return to London, where he has lived for the last seven years, in July. 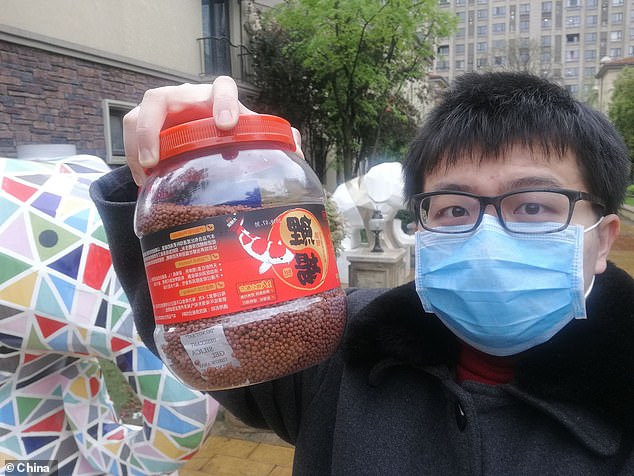 Xi Lu, who has lived in London for seven years, was trapped in Wuhan during the pandemic

Just six months ago, Wuhan was home to one of the world's first, and strictest, lockdowns.

The city was sealed off from the rest of China, with people discouraged from leaving their homes except for groceries, and face masks mandatory.

During the 76 days of strict lockdown, Mr Lu only went outside occasionally, to collect deliveries from the entrance to his residential area.

However, now with measures largely lifted, more than 18 million tourists

PREV A judge ruled that 'Cheer' star Jerry Harris is a 'danger to the community' and will stay in jail ahead of his trial
NEXT Troubled girl, 16, takes her own life on school grounds