Dr Anthony Fauci admits Americans are 'fatigued' by COVID-19 restrictions and says numbers would have to 'get really, really bad' before he advocates another national lockdown.

The infectious disease expert made the remarks in a new interview with 60 Minutes, set to air in full this coming Sunday.

Fauci's proclamation comes despite the number of daily infections hitting a two-month high on Thursday, with more than 63,000 Americans testing positive to the coronavirus in the space of 24 hours. 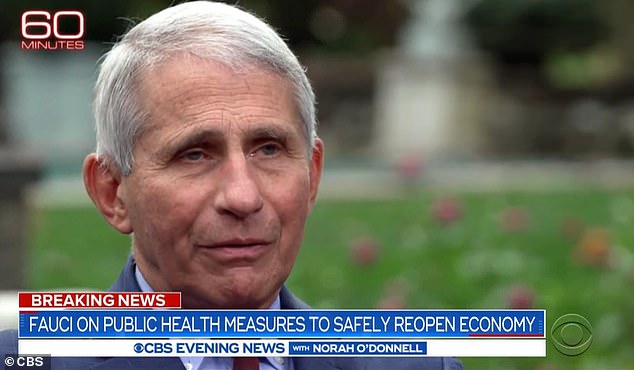 In a new 60 Minutes interview, Dr Anthony Fauci admits Americans are 'fatigued' by COVID-19 restrictions and says numbers would have to 'get really, really bad' before he advocates another national lockdown

In a preview clip of Fauci's 60 Minutes interview, released on Friday, CBS correspondent Jon LaPook asks the doctor what would have to happen before he urges the government to put people back under stay-at-home orders.

'Things would have to get really, really bad,'  Fauci replied.

He went on to state that Americans have more than two choices, and do not have to decide between a complete shutdown or an unmitigated reopening of the economy.

Instead, he claims, Americans should implement public health measures as they try to resume life as normal, even with the threat of the virus lingering.

'Let's put 'shutdown' away and say, "We're going to use public health measures to help us safely get to where we want to go"', he stated.

On Friday, America surpassed more than eight million COVID-19 infections. More than 218,000 citizens have died from the disease. 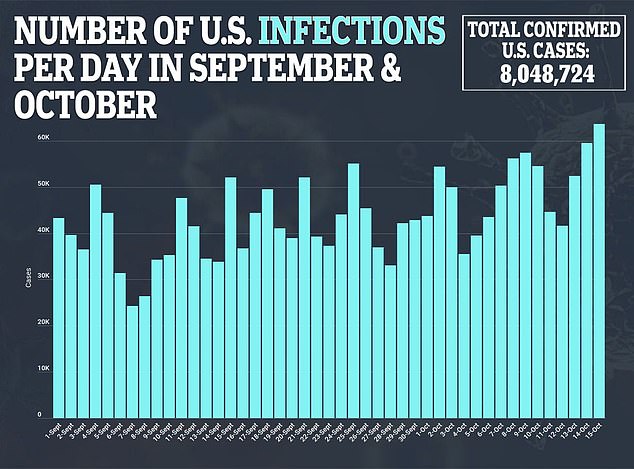 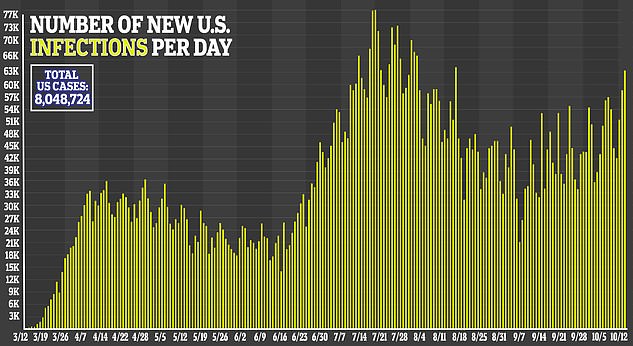 The number of daily infections hitting a two-month high on Thursday, with more than 63,000 Americans testing positive to the coronavirus in the space of 24 hours

Fauci has been advocating for public health measures - including social distancing and mask wearing - for several months.

He has blasted other experts who say those measures should be put to the side, so that the disease can spread in order to achieve herd immunity.

On Thursday, Fauci called that proposition  'ridiculous' when asked about he anti-lockdown Great Barrington Declaration that was published earlier this week.

The declaration, which was written by experts at Oxford, Harvard and Stanford universities, calls for the protection of people most at risk of dying from Covid-19 while the rest of the population returns to life as normal and eventually achieve herd immunity.

Fauci told Good Morning America that  parts of the declaration are 'fooling people' because certain elements are indisputably favorable, including not wanting a second lockdown and the need to protect the vulnerable.

He argued, however, that it hides the fact that 30 percent of the population have underlying health conditions that make them more susceptible to the more serious outcomes of the virus. 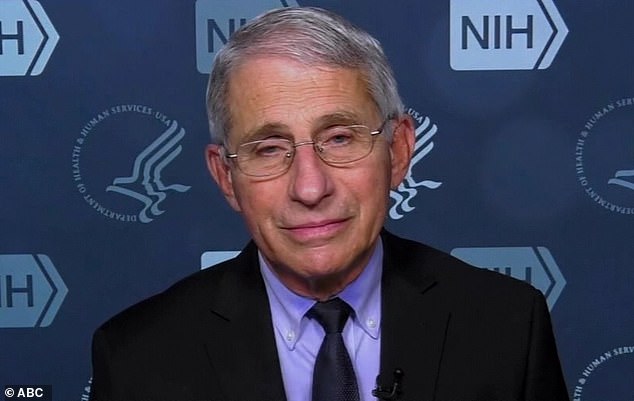 'This idea that we have the power to protect the vulnerable is total nonsense because history has shown that's not the case,' Fauci said.

'If you just let things rip and let the infection go - no masks, crowds - that quite frankly is ridiculous.

'What that will do is there will be so many people in the community that you can't shelter, that you can't protect, who are going to get sick and get serious consequences.

'If you talk to anybody who has any experience in epidemiology and infectious diseases they'll tell you it's risky and you'll wind up with many more infections of vulnerable people, which will lead to hospitalizations and deaths.

'I think we've got to look that square in