Moment reckless youths launch fireworks at each other in Birmingham while terrified residents look on in horror The thugs can be seen throwing explosives in Birmingham city centre    They  terrorised locals, narrowly missing passersby and moving cars  Concerned residents contacted the police, fearing someone would get injured

This is the shocking moment gangs of youths have been filmed hurling fireworks at each other  while  terrified residents watched on in horror.

The yobs who were all dressed in black, can be seen launching explosives in Birmingham city centre, narrowly missing passersby and passing cars, on Saturday night.

Concerned residents, worried that someone would get hurt,  raised the alarm with the police when they heard huge bangs as the thugs had set off the pyrotechnics  near apartment blocks in Masshouse Lane and Smallbrook Queensway. 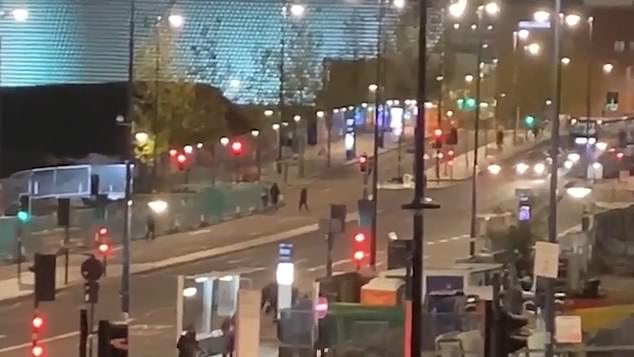 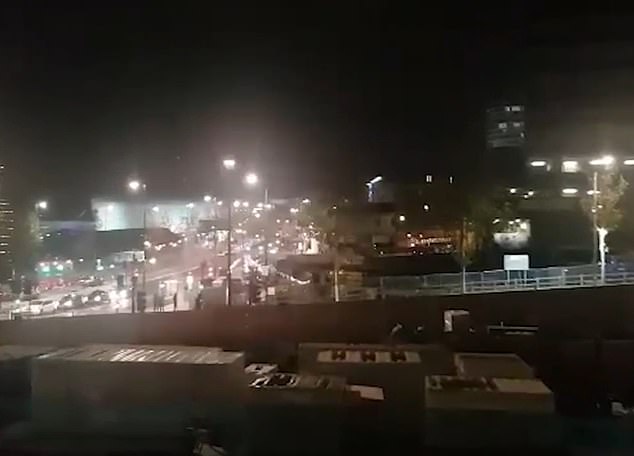 Concerned residents contacted the police, fearing someone would get injured