Emmanuel Macron has today warned some French districts are 'terrorist breeding grounds' where 'small girls wear full veil and are raised to hate our values'.

The head of state painted a picture of lawless suburbs in which abused infants are kept away from children of the opposite sex in an open letter defending his stance against Islamic extremists.

Macron also said there are 'hundreds of radicalised individuals' living in France who could strike with a knife at any moment.

His comments come after a spate of terror attacks in France, including the murders of teacher Samuel Paty on October 16 and three others in Nice on October 29. 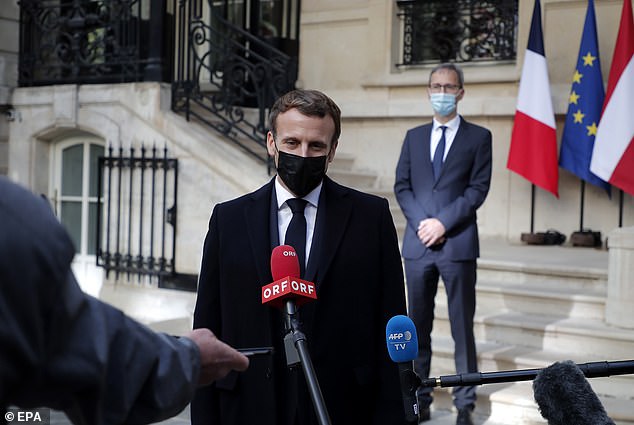 Emmanuel Macron has today warned some French districts are 'terrorist breeding grounds' in an open letter defending his stance against Islamic extremists. Pictured: Macron speaks to media after signing a condolence book for victims of the Vienna attack in Paris on Tuesday 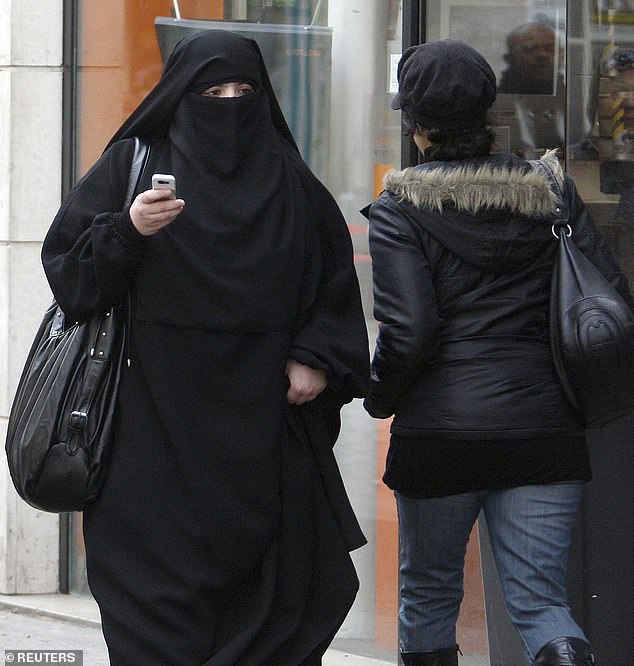 The President said 'small girls wear full veil and are raised to hate our values' in some areas of France. Pictured: A woman wears a burqa as she walks on a street in Saint-Denis, near Paris

In a letter to the Financial Times, Macron wrote: 'Since 2015 it has become clear, and I said this even before I became president, that there are breeding grounds for terrorists in France.

'If you do not believe me, read the social media postings of hatred shared in the name of a distorted Islam that resulted in Paty's death.

'Visit the districts where small girls aged three or four are wearing a full veil, separated from boys, and, from a very young age, separated from the rest of society, raised in hatred of France's values.'

The full veil has been banned in France since 2011, following controversial legislation dubbed 'the burka ban'.