Police fish 100 wraps of cocaine and heroin out of the Thames after dealer threw stash in the river during chase Violent Crime Taskforce spotted drug deal taking place in Deptford, London During chase the suspect threw a white plastic bag into the River Thames Marine Police located package said to include 14 wraps of heroin and cocaine Man was arrested soon after on suspicion of possession with intent to supply

Police clamping down on drug activity were forced to dip in to the River Thames to collect evidence thrown away by a suspected dealer fleeing officers.

Scotland Yard's Violent Crime Taskforce were on patrol in New Cross, south London at around 1pm yesterday when they witnessed a drug deal take place along the river's Foreshore.

The suspected dealer saw the officers coming for him and quickly ran off. 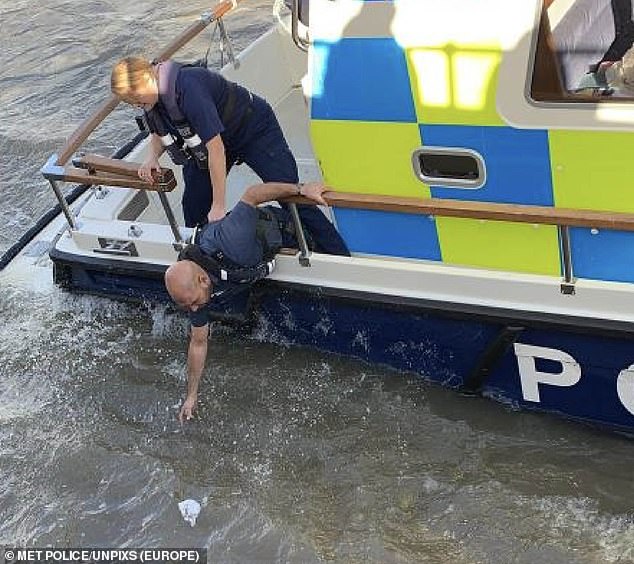 PREV PrettyLittleThing accused of fuelling throwaway culture with 8p dresses and 99% ...
NEXT Texts North Queensland Cowboys star sent club staffer after having sex with her ...