'I couldn't believe it': Sydney student wins $1million in the Lotto on her BIRTHDAY - as she reveals the first thing she'll buy with her winnings A Sydney student, in her 20s, won $1 million in the lottery on her birthday The Cabramatta woman was having dinner with her partner when she found out She wants to buy a 'dream home' for her and her boyfriend to live in together

A Sydney student who was shocked to win $1million on the Lotto on her birthday has revealed plans to buy her first home and move in with her boyfriend.

The Cabramatta woman, in her 20s, won a $1million Monday and Wednesday Lotto division one prize, which was drawn on Wednesday.

She was contacted by The Lott on Thursday morning, prompting her to say: 'It's just amazing! It's just so good!' 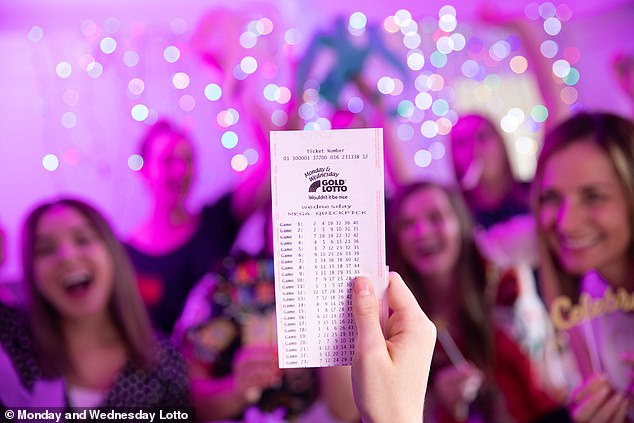 A Sydney student, in her 20s, won a $1million Monday and Wednesday Lotto division one prize, which was drawn on her birthday (stock image)

The woman said she 'only plays every now and then' and often 'spends my time daydreaming about how good it would be to win'.

'I thought about how nice it would be to win on my birthday, so I bought the ticket on Monday

PREV ‘A nightmare case.’ Florida man thought he shot an intruder, but it was his pregnant wife, sheriff says
NEXT Texts North Queensland Cowboys star sent club staffer after having sex with her ...