Gary Rohan's jilted wife has shared another cryptic Instagram post about finding strength through 'difficult days' after the AFL star moved on with a Geelong Cats trainer.

Rohan and wife Amie are understood to have broken up when the 29-year-old star forward joined the AFL's Gold Coast coronavirus hub alongside his teammates in late July.

On Tuesday, Amie commented on her personal struggles in the wake of the break-up by sharing an Instagram post by poet Dhiman about overcoming hurdles and not giving up.

'This year you have learned to trust yourself. You have seen your strength rising through your most difficult days,' the post read. 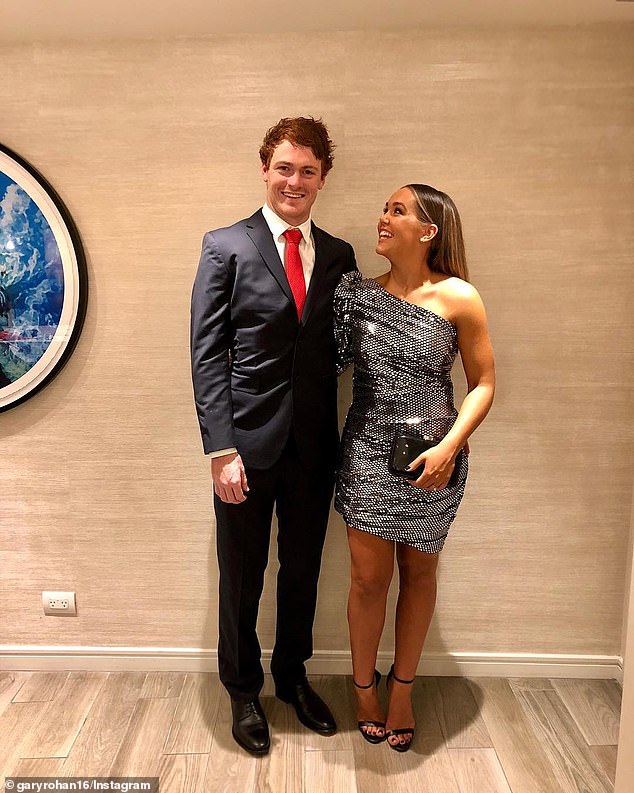 Gary Rohan and wife Amie are understood to have split in late July. They are pictured together

'You have been hurt and there were days when you were falling apart but you have held onto yourself, you did not give up on your heart.

'And despite all the hurdles on your path, you have managed to come this far.'

Amie captioned her post: 'Couldn't have put it better myself.'

The couple's marriage ended just months after their daughter Sadie Rose was born in March.

Rohan is believed to have subsequently moved on with a club staffer, supposedly causing angst in the locker room.