Man, 48, spat at passers-by and tried to have sex with metal street bollard, court hears Richard Parker exposed himself to two young boys and a woman in Grimsby He spat at them and passers-by who challenged him before police arrived The victim described Parker's 'disgusting' spitting as 'terrifying in Covid times'

A 'disgusting' man spat at passers-by and then tried to have sex with a metal bollard, a court heard.

Richard Parker, 48, exposed himself outside a Marks & Spencer store in Grimsby, Yorkshire, on the morning of July 16, Grimsby Crown Court heard.

A woman walking along Victoria Street in the town said she saw Parker spit at two young boys 'three or four times before they moved' at around 7.50am.

Parker dropped his trousers and exposed himself 'without any warning', the prosecution said. 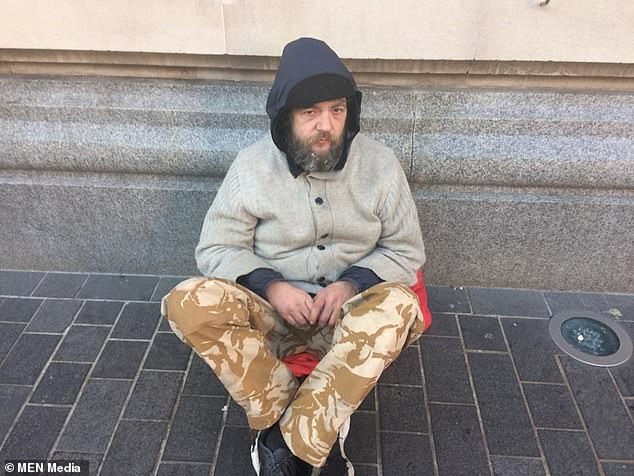 Richard Parker, 48, spat at passers-by and then tried to have sex with a metal bollard outside a Marks & Spencer store in Grimsby, Yorkshire, a court heard

Prosecutor Craig Lowe said: 'He turned around and she said it appeared he was trying to have sex with a metal bollard.

'He pulled his trousers up and approached her and then walked to a bench around eight feet away and exposed himself again.'

The police were called and when Parker was challenged by members of the public, he spat at the woman and she walked away.

In a statement read out to the court, the woman said the incident was 'terrifying in Covid times'.

She said although the spit did not hit her - nor any of the other people Parker spat at - it was still worrying.

She said: 'I thought it was disgusting because he could have been passing on a disease.'

Woman is mocked for telling people to practice social distancing in a Jamberoo ...