A startling home invasion Saturday night in Florida was caught on video. On Monday, the Volusia County Sheriff’s Office released bodycam footage of what happened.

According to the agency, deputies responded to a Deltona home around 10 p.m. and found five adults in the garage tied up.

In the clip of the alleged crime already in progress, the suspects run about the house rummaging around for possessions while the victims scream in terror.

“They’re ripping through s--t,” says a deputy in the eight-minute video, which carries a warning about strong language.

As the armed men try to flee, deputies yell for them to get on the ground and drop their weapons.

One suspect was snagged in the driveway and the other two made it as far as the backyard.

Inside the home, deputies found a 7-year-old girl hiding in a bedroom under a folding chair.

The video then goes black and a caption reads, “Body camera video recorded inside a private residence is confidential under Florida law.”

“Please help me,” the child cries hysterically off camera. “I’m so scared. I really want my parents.”

Deputies calm her down by giving her a toy.

The suspects, Jermaine Oliver, 30, Derrick Mathis, 32, and John Anderson, 39, were charged with home invasion robbery with a firearm, five counts of kidnapping and one count of kidnapping a child.

All three remained at the Volusia County Jail without bond.

Volusia Sheriff Mike Chitwood retweeted the video and commended how his staff handled the intense situation: “Watch these moments of absolute chaos & notice how these deputies take control. OUTSTANDING JOB by everyone who rushed to this home invasion, put handcuffs on 3 of the s---bags responsible, and carried a scared little girl to safety.” 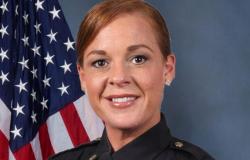 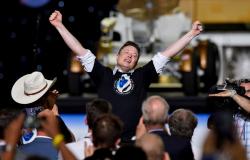 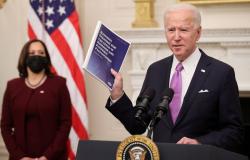