Nicola Sturgeon defiantly urged the European Union to 'keep the light on' for an independent Scotland as Brexit finally took place.

The Scottish First Minister -  who wants a new independence referendum - said her nation would be 'back soon' as the UK quit the bloc after more than 40 years.

Membership of the single market and customs union expired at 11pm - four and a half years after the in-out referendum which sought to settle the issue but sparked political turmoil.

The bells of Big Ben were rung as the UK left both the EU's single market and the customs union.

The chimes of Big Ben rang out at 11pm – midnight on the Continent – marking the UK's departure from the EU's single market and customs union.

But the SNP leader Ms Sturgeon, who is strongly opposed to Brexit, wrote on Twitter: 'Scotland will be back soon, Europe. Keep the light on.'

It came as hardcore Remainers insisted that the campaign to rejoin the EU would begin immediately. 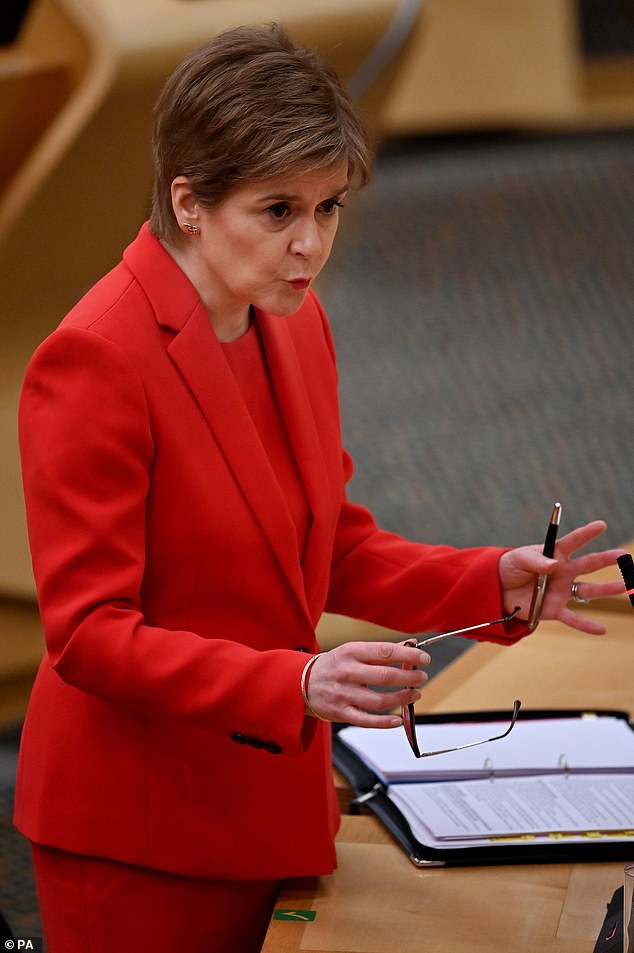 Nicola Sturgeon urged the European Union to 'keep the light on' and said Scotland would be 'back soon' as the Brexit transition period came to an end on Thursday. 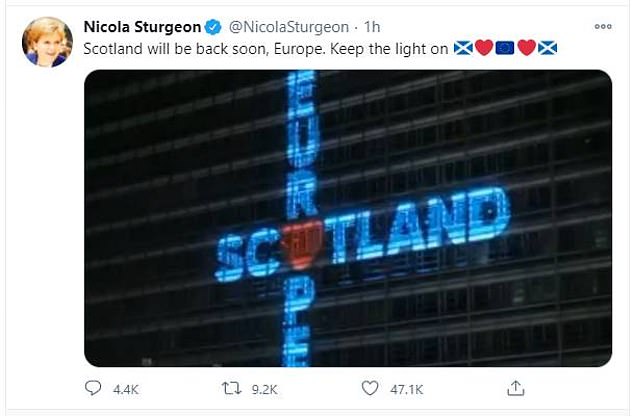 Scottish first minister Miss Sturgeon, who is strongly opposed to Brexit, wrote on Twitter on Thursday: 'Scotland will be back soon, Europe. Keep the light on'

Ms Sturgeon heads into Holyrood elections in May expecting to win an overwhelming majority for the SNP, which will increase the pressure on Boris Johnson to allow a new independence referendum, something he is refusing to do.

The nation voted 45-55 in favour of staying part of the UK in 2014, but the latest opinion polls show a majority in favour of a split.

'As the bells ring out at midnight to mark the start of 2021, we should look forward with hope,' he said.

'If we pull together as a country, instead of trying to reopen old constitutional wounds, we can rebuild a better, brighter future.'

Ms Sturgeon's latest hint at her urge to press ahead with making Scotland and independent country came after she savaged Boris Johnson's Brexit deal on Christmas Day.

Hitting out at the agreement reached on Christmas Eve, Miss Sturgeon said the deal showed it was time for Scotland to 'chart our own future as an independent, European nation'.

She said Britain's departure was happening against her will and accused the PM of 'cultural vandalism' for ending the Erasmus programme, which allows students to study in Europe.

'Scotland did not vote for any of this and our position is clearer than ever,' she said.

'Scotland now has the right to choose its own future as an independent country and once more regain the benefits of EU membership.

'It beggars belief that in the midst of a pandemic and economic recession, Scotland has been forced out of the EU single market and customs union with all the damage to jobs that will bring. 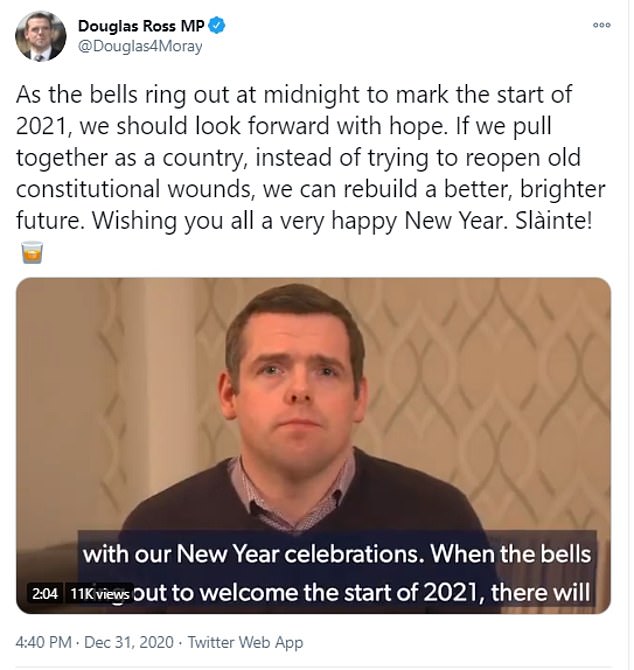 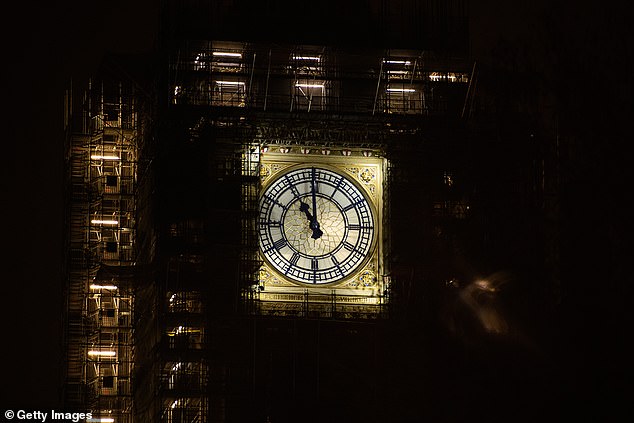 'A deal is better than No Deal. But, just because, at the 11th hour, the UK Government has decided to abandon the idea of a No Deal outcome, it should not distract from the fact that they have chosen a hard Brexit, stripping away so many of the benefits of EU membership.

'And while we do not yet have full details on the nature of the deal, it appears major promises made by the UK Government on fisheries have been broken and the extent of these broken promises will become apparent to all very soon.'

AFL mandates 12 days off for players who suffer concussion mogaznewsen