Sports car enthusiasts could get their hands on a Lamborghini for just £15,000, if they're happy to drive a tractor.

One of the rare bright orange and blue Lambo 1R model tractors was up for auction and expected to fetch up a minimum of £15K, with the auction house describing it as 'the most affordable route to Lamborghini ownership'.

The 1964 model, manufactured by one of the most expensive car brands in the world, was used to tend to land before it was lovingly restored at an Italian garage in 2016, Daily Star Sunday reports.

After being left unloved for several years Garage 961 gave the tractor a much-needed face lift - removing grime and years of old paintwork and returning it to its original colours, the listing on Car and Classic explained. 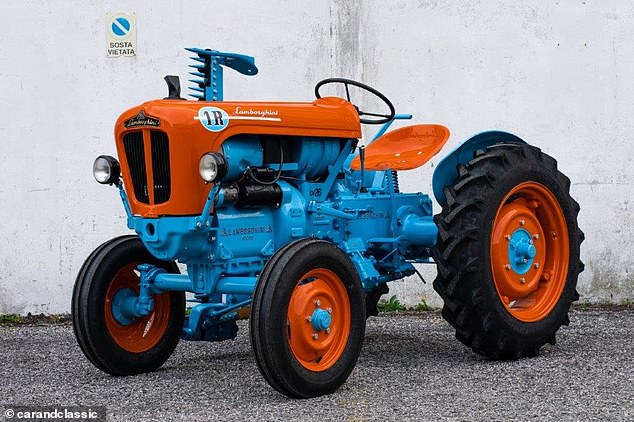 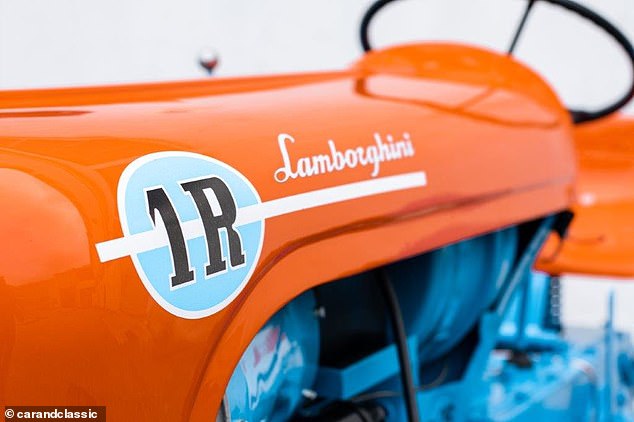 The impressive machine was put up for auction with a guide price of £15,000 to £20,000 but was later removed from auction 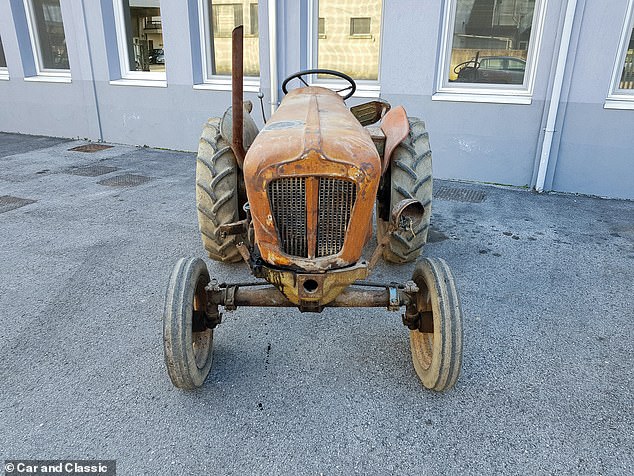 Garage 961 in Italy took the rusty machine and restored it to its former glory, even making sure to include the original bright orange and blue colours

The eye-catching vehicle, which was transformed from a once rusty and unusable machine, was put up for auction with a guide price of £15,000 to £20,000 but was later removed.

Included in the price was a restoration book and a Ferruccio Lamborghini Museum certificate signed by its director, Tonio Lamborghini.

The auction listing reads: 'Perhaps you’re a Lamborghini connoisseur, or a collector of old farm machinery.

'Somewhere, there’s a Venn diagram where those two circles overlap, in which case it’s hard to 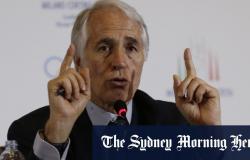 IOC to consider placing Italy on probation for interference mogaznewsen 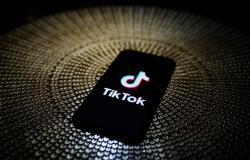