A Honduran immigrant who has lived in a Missouri church for more than three years to avoid deportation could be reprieved under a special act of Congress proposed by freshman Democrat Cori Bush.

Alex Garcia, who fled Honduras in 2004 and entered the US by stowing away on a train to Missouri, took refuge in the Christ Church United Church of Christ in the St Louis suburbs in 2017.

It made him one of dozens of people to take sanctuary during the Trump era, but while President Biden is slowly unwinding his predecessor's policies, hundreds of deportations have still been taking place since the January 20 inauguration.

On Monday, Rep. Bush introduced a so-called private bill to grant permanent residency to Garcia, who has five children and is married to a US citizen. 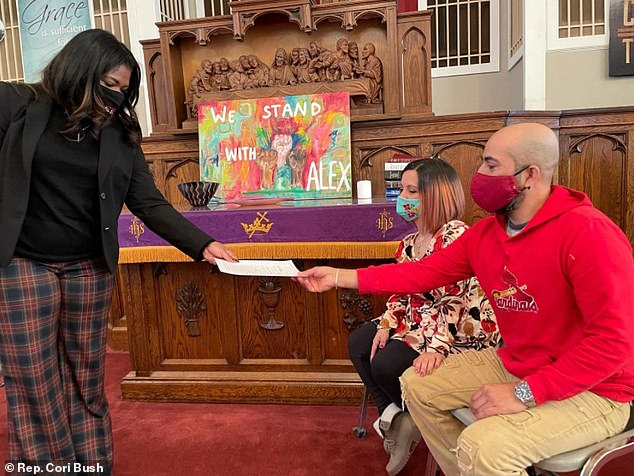 Democratic Rep. Cori Bush (left) gives Alex Garcia (right), sitting with his wife Carly, a copy of the bill she introduced to grant him permanent residency 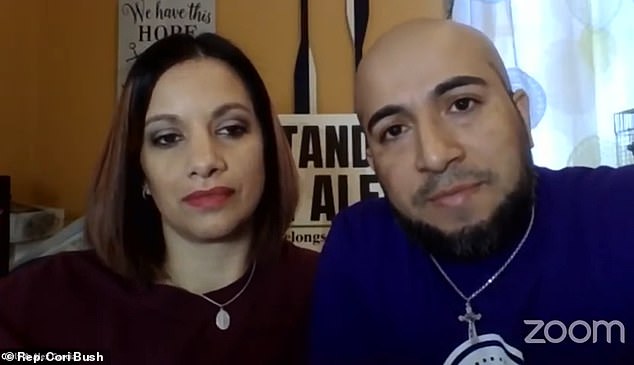 Garcia said during a virtual news conference on Monday that he was hopeful the bill would become a 'pathway for freedom'.

'I miss spending time with my family outside of the church walls,' Garcia said. 'It has been hard for me watching my babies grow and learn without me.'

A private bill provides benefits to specific individuals and are often sought when other legal and administrative routes have been exhausted.

But with only four such bills signed into law since 2007, Rep. Bush acknowledged that she faces a difficult fight to get her proposal through Congress.

Bush's predecessor in Missouri's 1st District, William Lacy Clay, also sought passage of a private bill on behalf of Garcia, but it failed to pass.

'This will not be an easy fight, but that's never stopped us before and it won't stop us today,' Bush said.

'We stand with Alex and we will not rest until he is free and protected from the most inhumane element of our country's immigration system.' 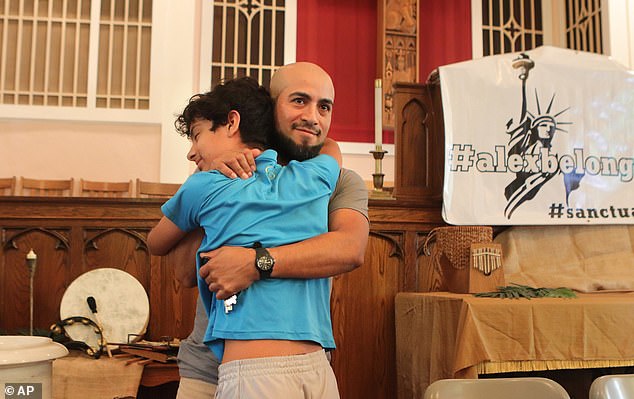 Alex Garcia hugs his son Caleb, then aged 13, after a press conference in 2019 - two years 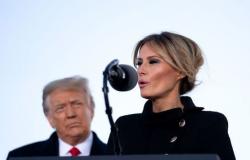 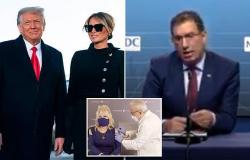 Joe Biden's COVID team refuses to say if they will ask Donald Trump to cut a ...