The claim: Bill Gates and Ghislaine Maxwell are first cousins

Since British socialite Ghislaine Maxwell was charged in July 2020 with aiding Jeffrey Epstein's sexual abuse of minors, many claims linking her with other celebrities have popped up on social media.

Days after her arrest, for example, the false claim that Maxwell was the sister of Dr. Anthony Fauci's wife began to circulate. Roughly a month later, USA TODAY debunked a post, shared hundreds of thousands of times, that wrongly connected her to a list of roughly 100 politicians and public figures accused of sex crimes. And in December 2020, USA TODAY also reported that users falsely identified Chief Justice John Roberts in a photo with Maxwell.

Now, a Facebook post from March 2 that has been shared almost 900 times claims that Bill Gates, the Microsoft founder who was named the world's second richest person for 2020, is Maxwell's first cousin.

The user claims the two are related through Gates' mother, Mary Maxwell Gates.

"Ghislaine Maxwell and Bill Gates first cousins through Gates’ mom. Mary Maxwell Gates. And yes, I researched it," wrote the original poster, Azul Cielo. However, the Facebook user provided no evidence and did not respond to USA TODAY requests for comment.

In August 2020, a QAnon conspiracy theory page on Facebook posted a similar claim of a relation between Maxwell and Gates; the claim was shared roughly 1,700 times. FactCheck.org debunked the claim, it continued to circulate, as a user commented the image on the March 2 post.

No evidence of family ties

Yet Mary Gates did not have a brother: She was an only child, according to the obituary of her father, James Willard Maxwell. Other public sources such as the genealogy site Geneanet confirm this, and a search found no credible sources linking Mary Gates with Ghislaine Maxwell's father.

In addition, according to the obituary of Mary Gates by the Associated Press in 1994, Gates' father James Willard Maxwell was a vice president of Pacific National Bank (later known as First Interstate Bank).

Robert Maxwell, Ghislaine Maxwell's father, was not born with the family name Maxwell; Encyclopaedia Brittanica and other sources state that he was Jan Ludvik Hoch in Czechoslovakia, before emigrating to France and then the U.K. He was a publishing tycoon. No public records give information on Robert Maxwell's father, whom the claim assumes is the same person as Gates'; Maxwell's biography states that his father died in the Holocaust.

Who's in the photo, then?

Cielo's post uses a blurred photo of a woman standing behind Gates at what looks like a social function, which first appeared on Purepeople.com in 2008. The article on the French celebrity gossip site states that it was taken at a nightclub in Gothenburg, Sweden, where Gates' friend Charles Simonyi was hosting a party before his wedding to Lisa Persdotter.

The photo is cropped as to obscure the depth of the room, which makes it possible that the unidentified woman is standing further from Gates than it appears. The photo is also far less blurry than the one in the Facebook post.

We rate this post FALSE. Public records show that Mary Maxwell Gates did not have a brother, and thus that Bill Gates could not be related to Ghislaine Maxwell through her. No credible evidence available online contradicts this.

Thank you for supporting our journalism. You can subscribe to our print edition, ad-free app or electronic newspaper replica here.

Our fact check work is supported in part by a grant from Facebook.

This article originally appeared on USA TODAY: Fact check: No, Bill Gates and Ghislaine Maxwell are not cousins

PREV Pioneering project wants Britons to breathe new life into thousands of ...
NEXT Australian house prices in March surge at the fastest pace in 32 years, ... 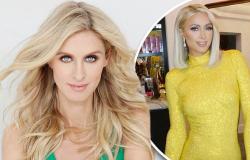 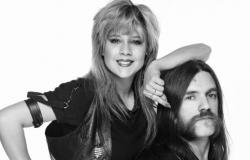 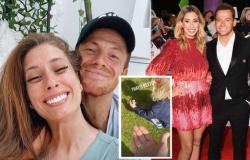 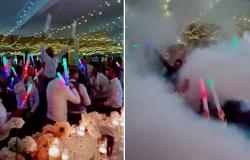