Estranged husband accused of dousing his wife in petrol and burning her alive jumped in a pool to save himself when the flames spread to his body, police allege Kelly Wilkinson's body was found in the rear of a Gold Coast house on April 20 Her husband Brian Johnston, 34, located nearby, with burns to hands and airway Johnston charged with her murder after waking from an induced 10-day coma Johnston allegedly soothed the burns he suffered in a nearby swimming pool

An ex-US marine accused of burning his estranged wife alive allegedly jumped into a pool after he too caught fire to dampen the flames.

Police will allege Brian Earl Johnston, 34, doused Kelly Wilkinson, 27, in petrol and set her alight on April 20 at her home in Arundel on the Gold Coast before the flames spread to his body.

He is accused of then jumping into a nearby swimming pool to save himself, the Gold Coast Bulletin reported.

Police allegedly found a trail of blood leading from the Spikes Court home to a property where Johnston was found in nearby Langer Place. 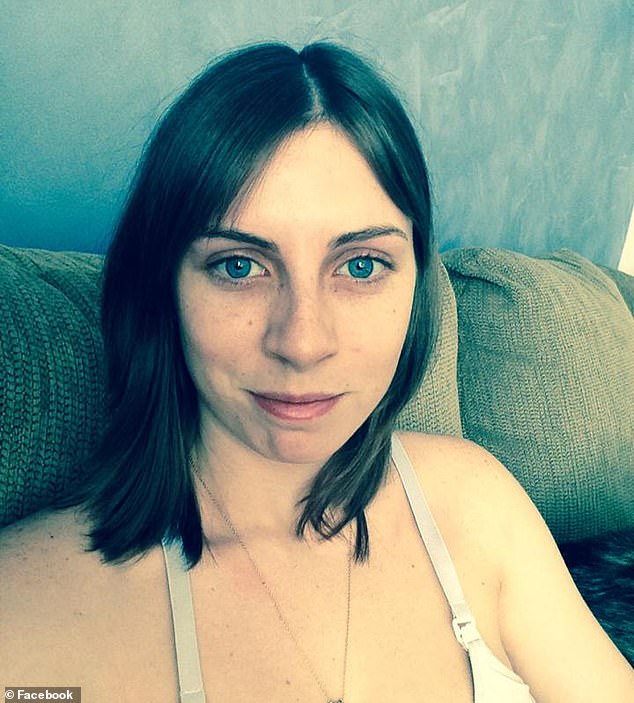 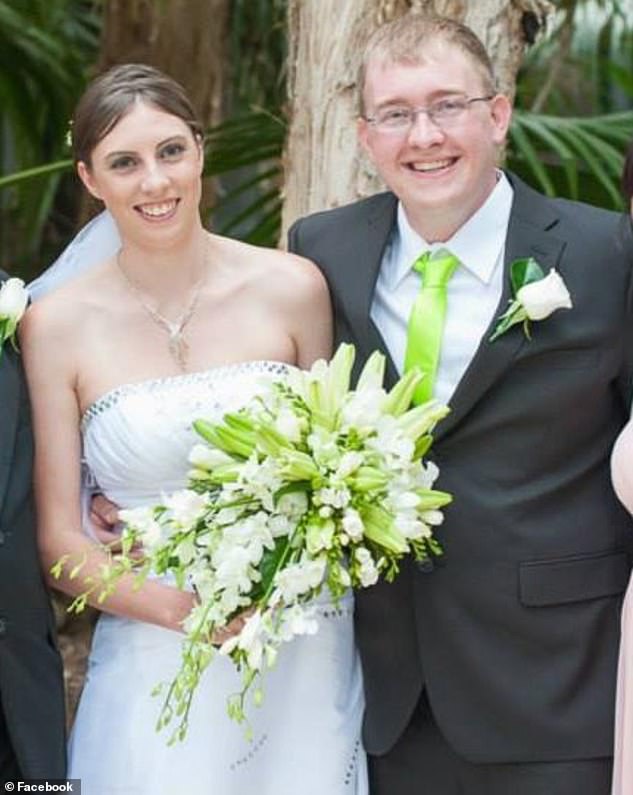 Brian Johnston, 34, has been charged with the murder of Ms Wilkinson on April 20. Above, the pair on their wedding day

Ms Wilkinson, 27 who is believed to have already complained twice to police about her ex, died at the scene outside her home.

The couple's three children, all aged under nine, were at the home but unharmed.

They have been taken in with Ms Wilkinson's sister Danielle Carroll - who has five children of her own.

Neighbours reported seeing flames shoot up over the fence on the day of the alleged attack and raced into the yard.

Johnston allegedly fled the scene but was tracked down to the nearby property.