Los Angeles County reported no deaths from COVID-19 Sunday, a stunning turnaround for California's most populous district which has suffered 23,915 fatalities since the pandemic began.

It is the first time in 410 days that the county has not reported at least one COVID fatality.

But health officials warned that the landmark figure may be due to an undercount because of delays in reporting COVID figures on weekends, the The LA Times reports.

Health officials reported 313 new cases and 410 hospitalizations Sunday in the  county, which, which comprises a large swathe of Los Angeles city's metropolitan area and has a population of more than 10 million people.

California now has the lowest COVID rate of any state in the country after suffering alternating waves of death and lockdown over the past 12 months.

Less than four months ago, the County experienced its deadliest day when a record 290 died on January 8, according to official figures.

More than half of the population in LA County, have had at least one vaccination and just under a third are fully vaccinated. 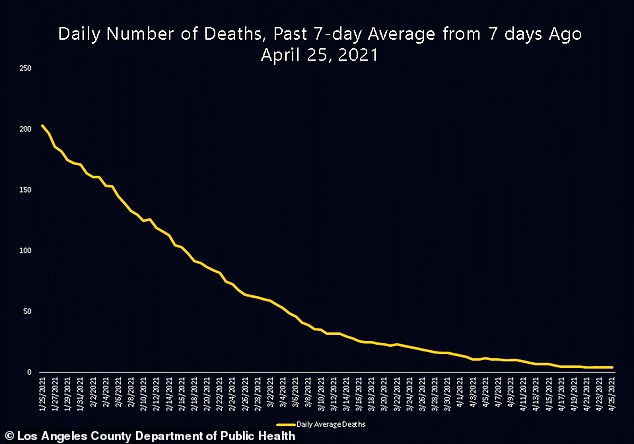 From a peak of nearly 300 deaths per day in early January, LA County in California reported no COVID deaths on Sunday May 2 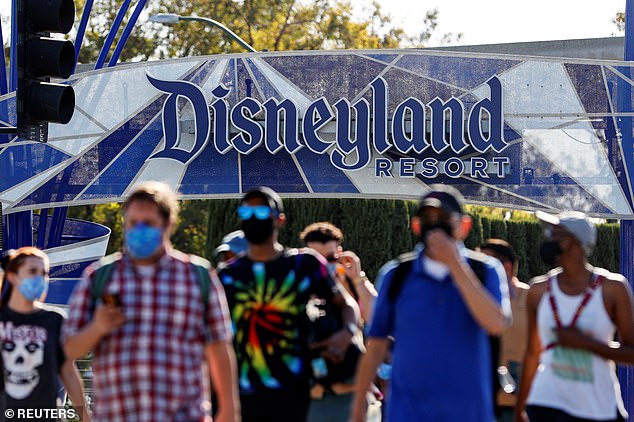 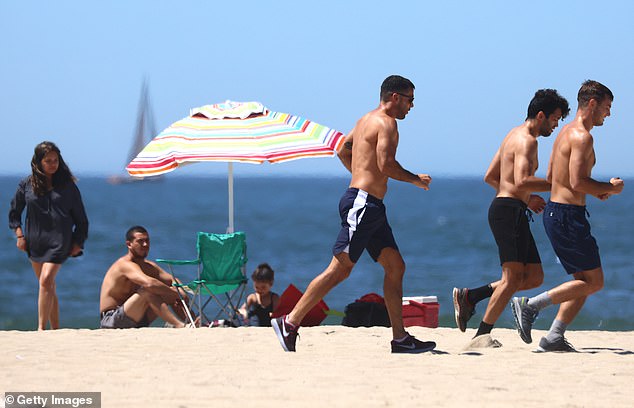 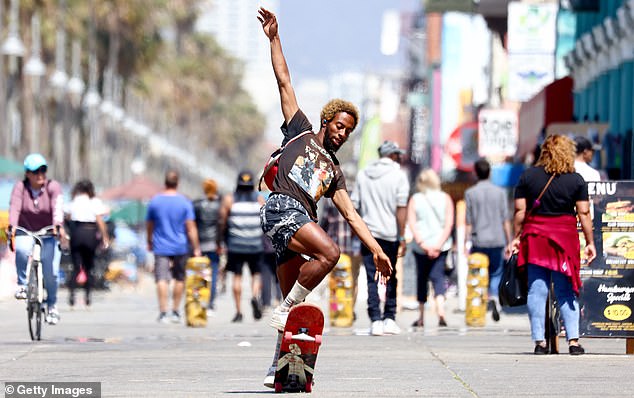 A person skateboards along the Venice Beach boardwalk on April 28, 2021 in Venice, California. LA County reported no deaths from COVID for the first time since last March

The death rate quickly grew to more than 40 and hovered between 30 and 40 until late August.

The state was plunged into one of the nation's strictest lockdowns, with residents only permitted to leave their homes for groceries and exercise.

California became the first state to issue a statewide stay-at-home order last spring and has endured the nation's longest lockdown.

PREV Ellen DeGeneres to END her talk show after 18 seasons
NEXT Convoy of carnage: MAX HASTINGS writes about one of the most dramatic forgotten ... 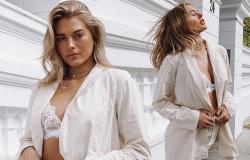 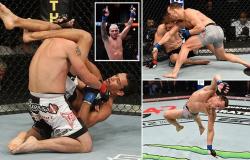 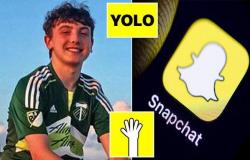 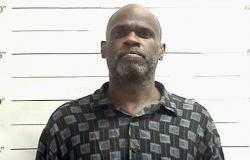