Josh Duggar has filed a motion in an Arkansas federal court to get out of jail on bail for his child pornography charges claiming he is not a flight risk because he has 'a widely-recognizable face.'

Duggar has now requested to be allowed to return home to his pregnant wife and their six children - though a judge had previously ruled that he would be barred from living with them if he were to be released on bail while awaiting trial.

The reality star has now argued in the court documents, filed on Tuesday and obtained by DailyMail.com, that he 'poses no flight risk' because of his 'deep roots' in the community and his 'widely recognizable face.' 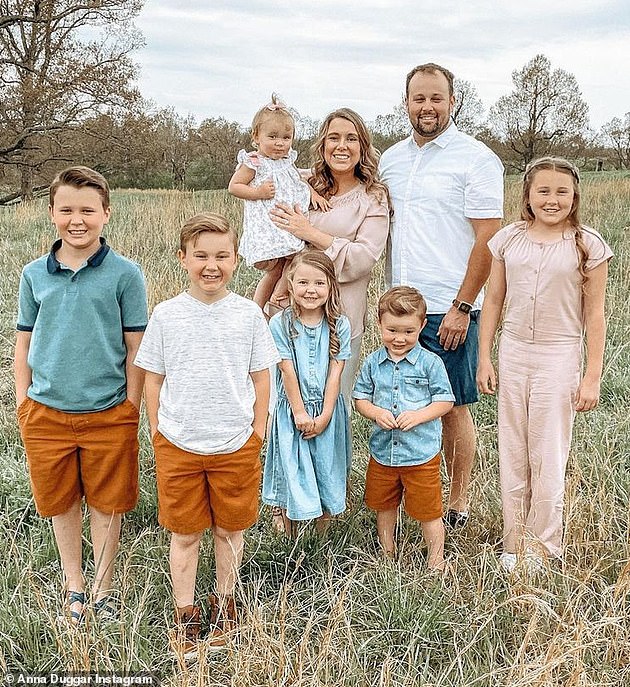 Josh and Anna Duggar, and their six children. Anna is pregnant with their 7th child while Josh is trying to make bail 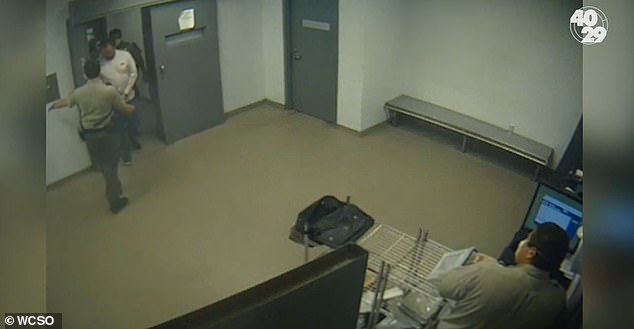 Josh Duggar is pictured entering custody on May 3 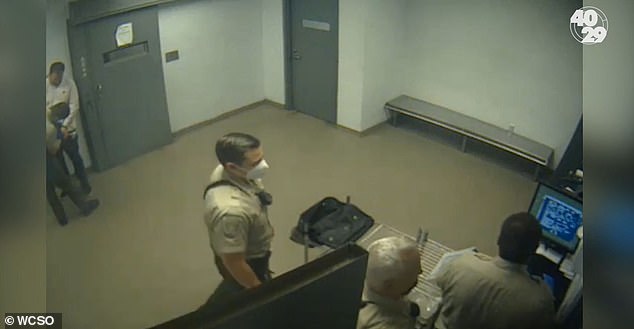 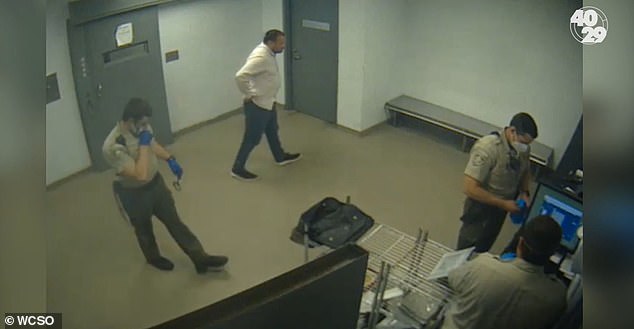 Duggar, center, noted that he was permitted to 'voluntarily self-surrender in connection with this case 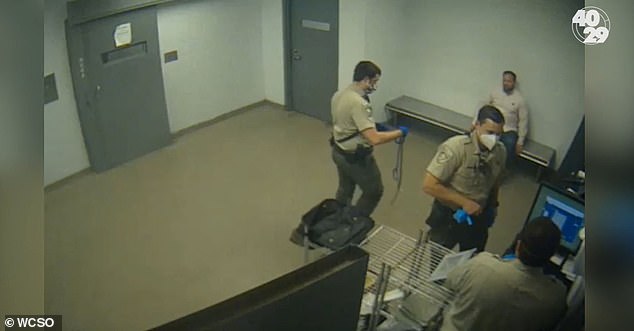 Duggar, top right, suggested that if he is not permitted to return home he has provided the name of a 'third-party custodian' with whom he can live where no minor children live

'He was born and raised in this community and, with the exception of a stint working in politics in Washington, D.C., this has always been his home,' reads the filing, made by his lawyers Travis Story and Justin Gelfand.

'Indeed, Duggar’s life— and that of his parents and 18 siblings—has been largely documented on camera and in the media.'

The filing continues: 'In that vein, Duggar has a widely-recognizable face and has spent the majority of his life in the public spotlight—making any concern that he is a risk of flight all the more unwarranted.'

Duggar claims that he does not pose a danger to the community and that he has 'fully complied' with law enforcement and has no prior criminal convictions.

'[He] has known about this federal criminal investigation since November 2019 when Homeland Security Investigations ('HSI') executed a search of Duggar's prior workplace,' the filing reads.

'Indeed, while child pornography crimes are unquestionably serious, the